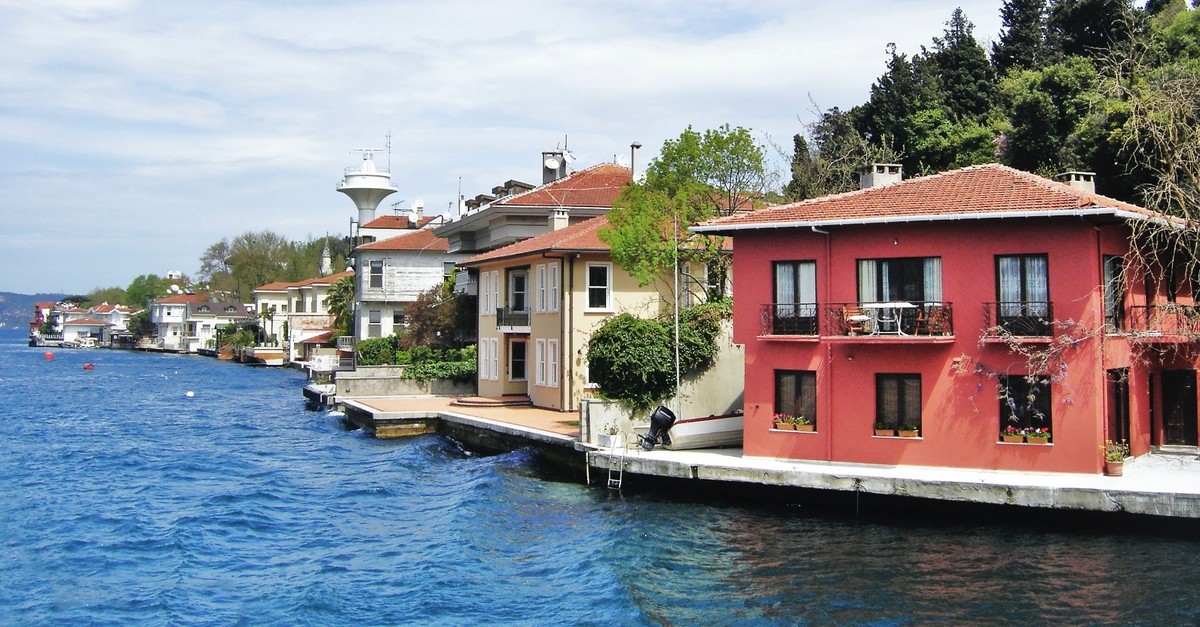 The Bosporus, a unique point in the world where the Asian and European continents meet but are kept apart by a strait running through the middle from the Marmara to the Black Sea, is also famous for its waterfront mansions, or "yalı" in Turkish. These historical waterfront mansions are a delight for the eye when taking a tour of the Bosporus, whether on a boat or on the coastal line.

Since the Ottoman era, they have been popular among the wealthy classes, but nowadays they are being sold one after another.

As the recent volatility in the Turkish lira has raised interest in Istanbul's Bosporus waterfront mansions, foreign investors have acquired about 100 of the 600 mansions on both shores of the strait. According to sector representatives, Middle Eastern investors take the lead in luxury villa and waterfront mansion sales in Istanbul.

The highest demand for the 30-kilometer coastal line of the Bosporus is from Arab customers, particularly Qataris who purchased the Şehzade Burhanettin Yalısı (Erbilgin Mansion) in Yenköy for $150 million.

Pointing to the high demand from Iraq, Jordan, Iran and the Turkic Republics, Aras said the recent transition from dollars to TL in real estate facilitated the purchases, making the mansions more accessible.

"Bosporus waterfront mansions, which bear witness to the history of Istanbul, attract the attention of both foreign and domestic investors with their unmatched beauty," Aras said, informing the media that of the 600 mansions in the Bosporus, 366 of them, including 136 in Sarıyer, 109 in Beykoz, 84 in Üsküdar and 37 in Beşiktaş, are historical buildings. "The sales prices of these mansions vary between $2 million and $110 million," she added.

Aras said the Qataris, who acquired the Kocataş Yalısı in the Sarıyer district of Istanbul and Şehzade Burhaneddin Efendi Yalısı in Yeniköy, took the lead in the sales of waterfront mansions.

Noting that foreigners purchased less than 100 waterfront mansions since they are mostly owned by Istanbul's leading families, Aras said these residences are very difficult and costly to maintain, adding they are often sold due to inheritance.

"Among the owners, the Sabancı family is at the top with 17 waterfront mansions, followed by the Koç and Şahenk families. Bebek, Yeniköy, Kandilli, and Anadolu Hisarı attract more attention in sales," Aras continued. "The historical buildings and those with a long coastal line are quite precious. The square meter, location and privacy are significant factors because all of our buyers are Middle Eastern."

Aras said the pricing process is quite challenging since they are all unique buildings. "We take into account the previously sold mansions, location and land size. The coastline is highly instrumental in sales prices," Aras said. She also added that these mansions are also preferred as locations for TV series.

"The The luxury housing market does not exceed 5% of total housing production. Istanbul, Ankara, Izmir and Bursa hold 75% of the luxury market," she concluded.

Location, historical value and waterfront length are the crucial elements in pricing the mansions, the value of which can reach up to $95 million. On the European shore, the mansions which are located in Bebek and Yeniköy neighborhoods are of the highest value. On the Anatolian shore, the highest prices are recorded in Vaniköy, Kandilli and Anadolu Hisarı.

Traditionally built from wood, the architecture of these mansions varies. During the Ottoman era, the colors of the yalıs depended on the social position or occupation of the owner. Red-colored yalıs belonged to civil servants, shades of grey indicated non-Muslim occupants (Christians and Jews), while lighter colors such as white, yellow and beige were a sign of Muslims residents.