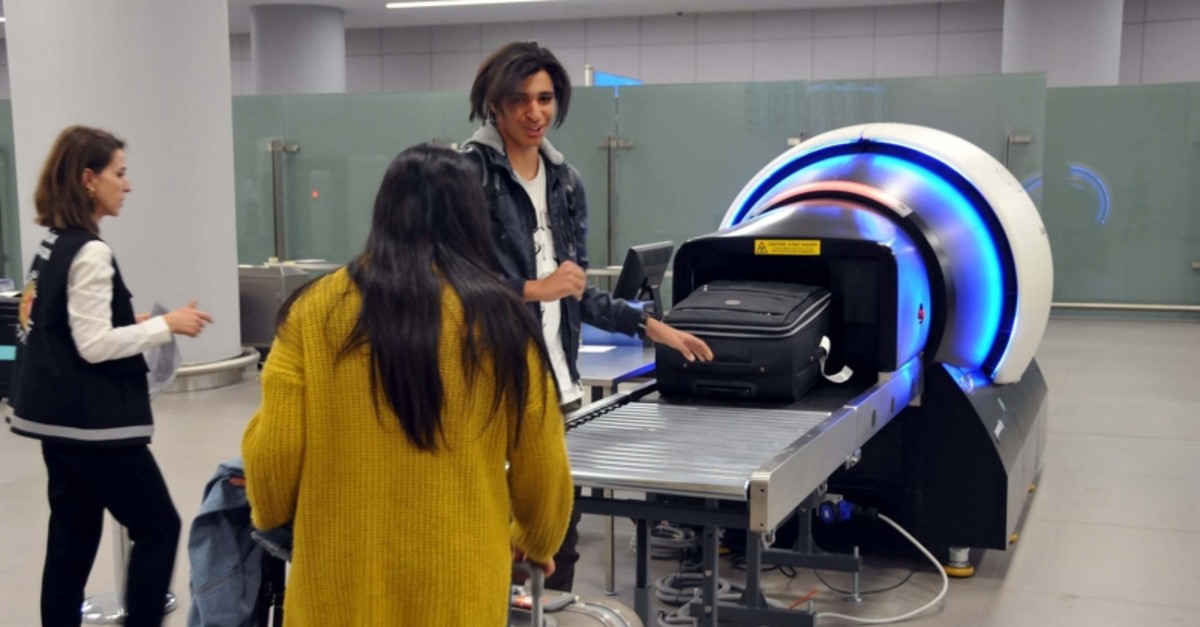 The CT scanners, which were provided by the Ministry of Commerce, have been installed in the international arrivals terminal to be used by customs protection teams to check baggage for smuggled or illegal goods. The devices – which produce top-quality, 360-degree, three-dimensional images – will help authorities combat trafficking while minimizing the need for human intervention to nab offenders.

Istanbul Airport, which opened on Oct. 29, is the first airport in Turkey to begin using the CT baggage scanners.

The General Directorate of Customs Protection's Retention Officer Meral Alacapunar told Demirören News Agency (DHA) that the device was purchased for the first time by the Ministry of Commerce and will prevent smuggling and trafficking.

"The most important feature of the device is that it can get 3D images without changing the position of the luggage," she said.

CT scanners, which have been used to monitor checked luggage for years, have recently entered into use to scan carry-on luggage at airports around the world. They allow security officials to clearly view the contents of a bag in detail without the owner removing electronics and liquids. One machine costs about $300,000.