Mega transportation, infrastructure projects to be completed in 2 years 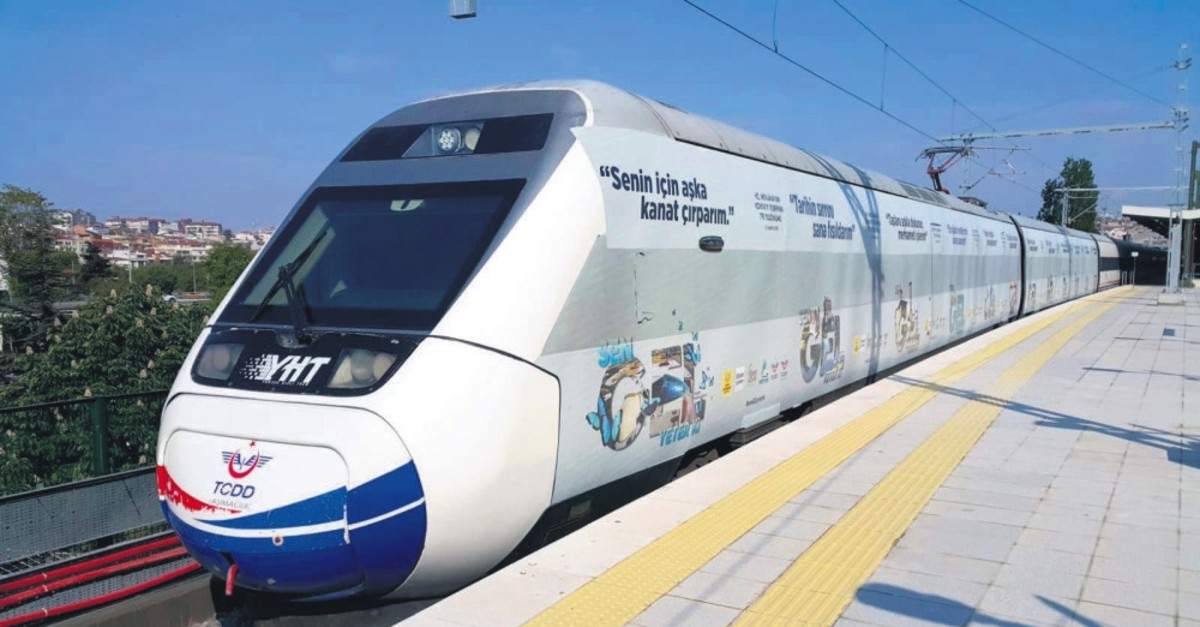 Over the next two years, Turkey will see the completion of important transportation and infrastructure projects that will enhance its high-speed rail line while boosting the country's tourism and trade via freight transportation

Now that the Istanbul mayoral polls have been completed safely and soundly, the government will be occupied with economic reforms and the completion of ongoing mega-scale transportation and infrastructure projects for the next four years, a period with no scheduled elections. For high-speed train lines across Turkey, a colossal bridge over the Çanakkale Strait and highways around the country, the next two years will be a good time to witness the further development of Turkish infrastructure, which will in return facilitate more vibrant trade in the country. One of the high-speed railway lines is Ankara-Sivas, which will reduce travel time between the two central Anatolian cities from five hours to two hours. This line is a significant link for Asian countries located in Asia Minor and along the Silk Road.

While construction is also currently ongoing in the location of Yerköy-Sivas, test drives will start this year.

Railway investments in Turkey have gained momentum since 2003, and 40 percent of the Turkish population has benefitted from the Ankara-Eskişehir-Istanbul, Ankara-Konya and Konya-Eskişehir-Istanbul high-speed rail lines, Transport and Infrastructure Minister Cahit Turhan said in a meeting with reporters. Currently, the 213-kilometer high-speed rail lines are operating in Turkey with Ankara-Sivas and Ankara-İzmir lines to come online soon.

With the goal of carrying passengers and freight, the high-speed train lines on Bursa-Bilecik, Konya-Karaman-Ulukışla-Yenice, Mersin-Adana-Osmaniye-Gaziantep and Sivas Erzincan lines cover all regions in Turkey.

The minister also emphasized that the Ankara-İzmir high-speed rail line is under construction. This line is particularly important for bringing Ankara closer to İzmir, an attractive tourist destination, along with Manisa, Uşak and Afyonkarahisar.

Turhan stated that they have continued the construction of the 101-kilometer highway on the Malkara-Gelibolu-Çanakkale 1915 Bridge as part of the Kınalı-Tekirdağ-Çanakkale-Savaştepe Highway Project. "We have launched the caissons of the bridge in the sea. We will soon be able to see its abutments rise," he added. Turhan further stressed that they would connect İzmir with the Çandarlı Port with the 82-kilometer Menemen-Aliağa-Çandarlı Highway. "We aim to finish this road by the end of 2019. With the 330-kilometer Ankara-Niğde Highway, we will link Ankara to the Mediterranean and southeastern regions through Aksehir, Nevşehir and Niğde," he said.

"The 50-kilometer part of this road will be completed in 2019, followed by the entire project in 2021, thus providing an uninterrupted highway connection from Edirne to Şanlıurfa. In the 479-kilometer Mediterranean Coast Road project, we reduced the road to 439 kilometers by providing a 40-kilometer shortcut with tunnels and bridges, and we have completed the 394-kilometer part. We will have finalized the entire project in 2020."

Pointing out that they have reached the final stage of the Istanbul-İzmir Highway and Osmangazi Bridge project, Minister Turhan recalled that they had previously opened a section including the Osmangazi Bridge. "Now, we aim to complete the remaining stages and put into service all of the 448-kilometer road, including 406 kilometers of motorways and access roads in August. Thus, we will reduce the distance between Istanbul and Izmir by up to three and a half hours," he continued.