Zimbabwe inflation rate climbs to 175% amid fears about economic chaos 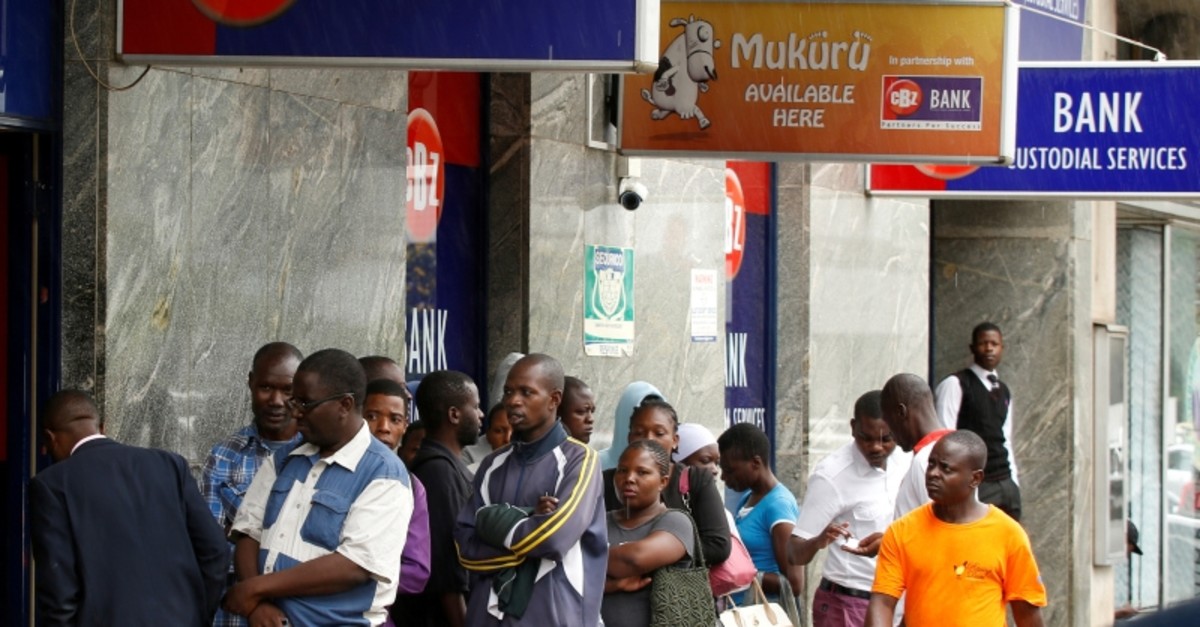 Zimbabwe's annual inflation rate hit 175% in June, official data showed Monday, stoking fears of a return of the hyperinflation that wiped out savings ten years ago when the economy collapsed.

Annual inflation hit 175.66%, up from 97.85% in May, statistics agency ZIMSTATS said - the highest rate since runaway money-printing and associated hyperinflation forced the country to abandon its currency in 2009.

The figures cast a shadow over President Emmerson Mnangagwa's bid to revitalise an economy that suffered decades of decline and bouts of financial chaos under veteran leader Robert Mugabe's near four-decade rule.

Abrupt changes in monetary policy and dire economic readings, some dating back to before Mnangagwa took over in 2017, have spooked locals and investors alike.

"The economy is in bad shape and conditions continue to worsen," said Jee-A van der Linde, economist at NKC African Economics. "There is no doubt that the economy is going to suffer a contraction this year."

On a month-on-month basis, the consumer price index rose 39.26% in June compared to 12.54% in May, ZIMSTATS said - nearing the monthly 50% figure that would mark the start of hyperinflation.

Prices of basic goods from sugar to cooking oil to building materials soared during the month as much as 200%, the agency added, as the local currency fell.

Zimbabwe abandoned its currency after inflation peaking at 500 billion percent in 2008 wiped out pensions, savings and any vestiges of confidence in the unit.

The southern African state then experimented with a few forms of tenders from quasi-currency bond notes to electronic iterations, though foreign currencies such as the U.S. dollars and South African rand dominated local transactions.

But in June, Mnangagwa's government surprised the market when it brought back a national currency - making the interim unit the sole legal tender, renaming it the Zimbabwe dollar and banning the use of foreign currencies for local transactions.

The new sole tender has tumbled 27.9% percent since then, lingering at 8.77 against the dollar in official exchanges on Monday. Exchange rates on the black market showed the pressure even more: the greenback fetched 10.5 Zimbabwe dollars on Monday.

Zimbabweans have continued to suffer shortages of hard currency, fuel and bread in recent years. Public anger burst out into street protests in January.

With a vast chunk of economic activity being in the informal sector, many analysts suspect the inflation numbers are significantly understated.

"If things continue to deteriorate like they have, it is probable that prices can snowball into a hyperinflation scenario," van der Linde said.

The government is under pressure to raise wages for its workers and its offer of an average increase of 97 Zimbabwe dollars ($11) a month, was rejected by unions last week as too little.

While one-off effects would have skewed the latest numbers, analysts have warned that inflationary pressures will remain high, particularly at a time when the government is having to step up food imports to cope with a severe drought.

"What's not clear is if the government really does have a handle on the budget," said Charles Robertson at Renaissance Capital. "If it does, the monthly inflation rate could fall abruptly. If not, continued currency depreciation and more inflation are inevitable."