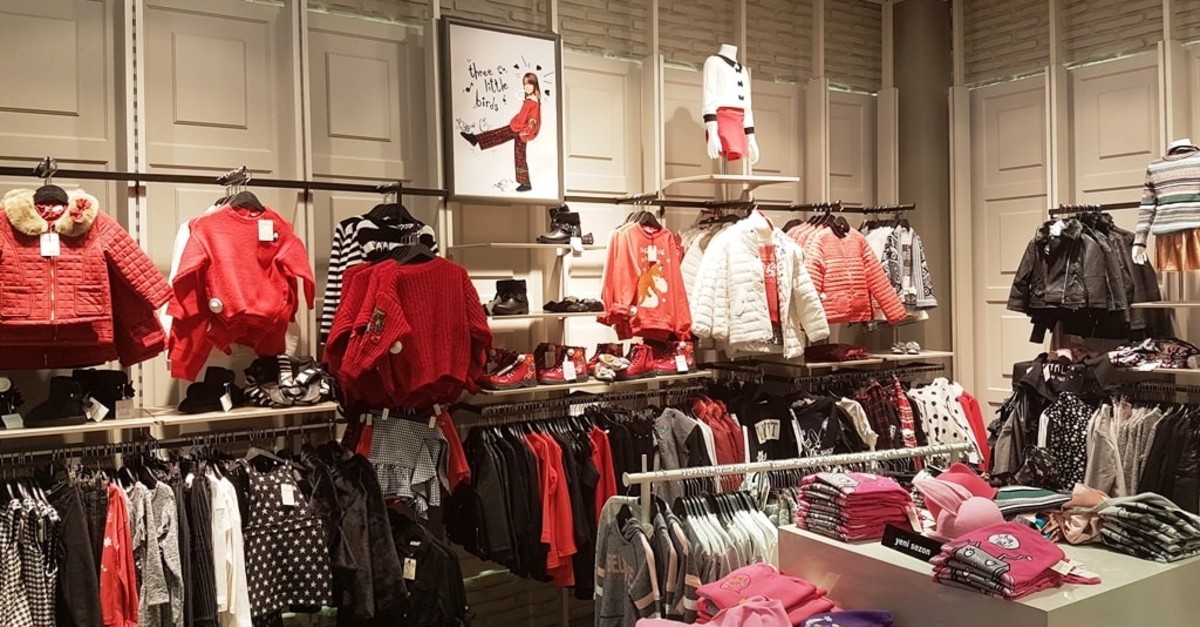 The childrenu2019s garment industry in Turkey has improved its customer diversity and production capacity by 30 percent thanks to Syrian manufacturers who have fled the Syrian civil war and taken refuge in the country.
by Daily Sabah with AA Jul 29, 2019 12:11 am

The Turkish children's garment industry has expanded its export markets and customer base with the entry of Syrian manufacturers to the domestic market as producers, drawing their own buyers

The children's garment industry in Turkey has enhanced its customer diversity and production capacity by 30% thanks to Syrian manufacturers that fled the Syrian civil war and took refuge in Turkey. While the children's ready-to-wear market in Turkey continues to grow on a constant basis, Syrian manufacturers in Turkey have contributed significantly to the development of the market. Countries buying from Syria, the largest supplier in the Middle East market in the pre-war period, have embarked on a quest for new markets in the wake of what happened in Syria. Now Turkey is responding to this demand from the Middle East.

Turkey is a center of attraction for Middle Eastern buyers that still has significant potential. This is mainly thanks to Syrian producers who have settled in Turkey.

Syrian producers that opened factories in Turkey and started production have attracted their own Middle Eastern customers to Turkey. Besides Syrian manufacturers, the Turkish children's ready-to-wear industry is also making huge earnings from this shift.

The Turkish children's ready-to-wear industry is also growing as a result of Syrian manufacturers, who have established their production network in Turkey, attracting their Middle Eastern customers to the country.

Thousands of customers from Libya, Iraq, Beirut and Algeria

In an interview with Anadolu Agency (AA), Dosso Dossi Holding CEO Hikmet Eraslan said that a very serious customer portfolio from the Middle East has started to be formed in Turkey in the recent period.

Eraslan pointed out that the number of Middle Eastern customers in Turkey has increased considerably, adding: "Syrians were very successful in producing children's clothing in the pre-war period. As a result of the problems brought by war, a number of Syrian factory owners came to Turkey. These factory owners set up their production networks in Turkey and brought their customers to the country."

Noting that they now welcome thousands of customers from Libya, Iraq, Beirut and Algeria, Eraslan said that these customers previously bought from Syria. He added: "Because they found the diversity of Syrian companies in Turkey, they have invigorated the Turkish economy. As a result, our children's ready-to-wear market has increased by 30% in terms of customer diversity and production capacity. While 15% of the increase is due to Syrian manufacturers, the other 15% is due to Turkish manufacturers who have improved themselves for new buyers and gained footing in the competition. Over time, this figure will increase even more."

Touching on the 30% increase for Turkish manufacturers, Eraslan indicated that Turkish manufacturers, along with their Syrian competitors, have had to improve for new customers from Arab countries. "That qualified Syrians are producing in Turkey has made a significant contribution to the Turkish economy. As long as there is no production in the regions we are talking about, this potential will continue to come to Turkey. Turkey will evaluate these markets properly," he concluded.