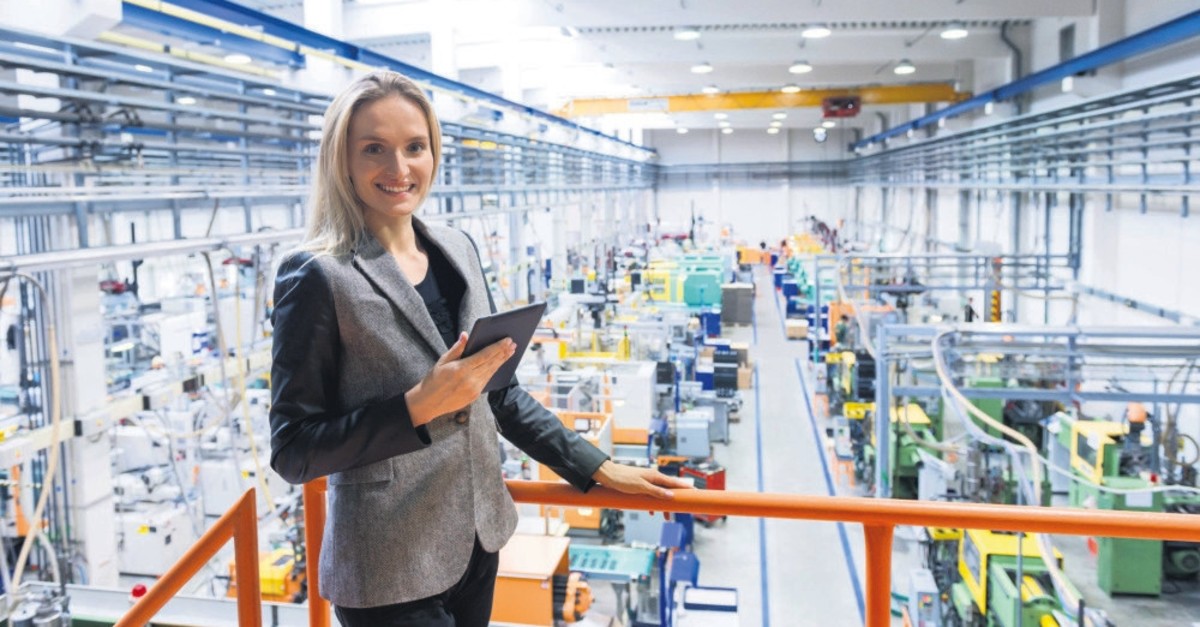 Based on 2016 data, the gender gap in entrepreneurship has narrowed in half of the countries analyzed, compared to 2014, with the biggest gains made in Turkey, South Korea and Slovakia.
by Daily Sabah with Reuters Jul 31, 2019 12:15 am

At a time of global economic slowdown, supporting female entrepreneurs could help countries inject trillions of dollars into economic activity, new research says. While there are challenges facing women who start businesses, Turkey is among the top countries closing the gender gap in entrepreneurship

Increasing support for female entrepreneurs could boost the global economy by trillions of dollars, according to the findings of a study released Tuesday. It said women who start businesses face more challenges than men. Turkey, alongside South Korea and Slovakia, however, is among the leading countries in closing down the gender gap in entrepreneurship in recent years. Helping women start their own businesses could immediately increase global economic output by as much as $5 trillion, about the size of Japan's economy, said the study, which found there are more male than female entrepreneurs in almost every country. The study, by consulting firm Boston Consulting Group (BCG) and the Cherie Blair Foundation for Women, found more working-age men start businesses than women in every country except Vietnam, Mexico, Indonesia and the Philippines.

"It is a gap that has been there for a long time – and not just in startups but women's ability and access to resources to keep those businesses running and to sustain and grow those businesses," said BCG Managing Director and Partner Shalini Unnikrishnan.

The gender gap in entrepreneurship has narrowed in half of the countries analyzed, with the biggest gains made in Turkey, South Korea and Slovakia, according to the study, based on 2016 data compared to 2014 data.

To ensure active participation by Turkish women entrepreneurs in the country's export operations and business life, the Trade Ministry has launched projects to pave the way for business women to benefit from support packages and various incentives.

Trade Minister Ruhsar Pekcan said on July 28 that the Department of Women and Young Entrepreneurs Exports has been established under the ministry's operations to increase the role of women in Turkey's export operations and encourage them to benefit from incentive programs. Thus, the department will act as a bridge between women entrepreneurs and the ministry, Pekcan said.

"As part of our initiatives to support businesswomen, we will bring together Turkish and Spanish women entrepreneurs. We will plan how they could engage in common trade operations via the 'Women in Trade project,'" Pekcan said in a statement to Anadolu Agency (AA).

The Turkish Exporters' Assembly (TİM) has only one female board member as opposed to 12 male members, including the chairman. However, in October 2018, to support more women and increase the number of women exporters, TİM established a women's council.

In 40% of the countries analyzed, including Switzerland, Uruguay and South Africa, however, the gap has widened.

Unequal access to finance is one of the key factors holding women back, with companies founded or co-founded by women averaging $935,000, less than half the $2.1 million invested in companies started by men, according to BCG analysis of 2018 data from MassChallenge, a U.S.-based global network of accelerators.

There is a growing trend for investors to back businesses, such as those founded or lead by women, as a way of closing the gender gap, known as "gender lens" or "gender-smart" investing.

However, a lack of support networks is another challenge holding female entrepreneurship back, according to the study.

"It is not just about access to credit or training... the importance of networks for technical knowledge, access to business resources, as well as role models and support elements, shouldn't be overlooked," said Unnikrishnan.