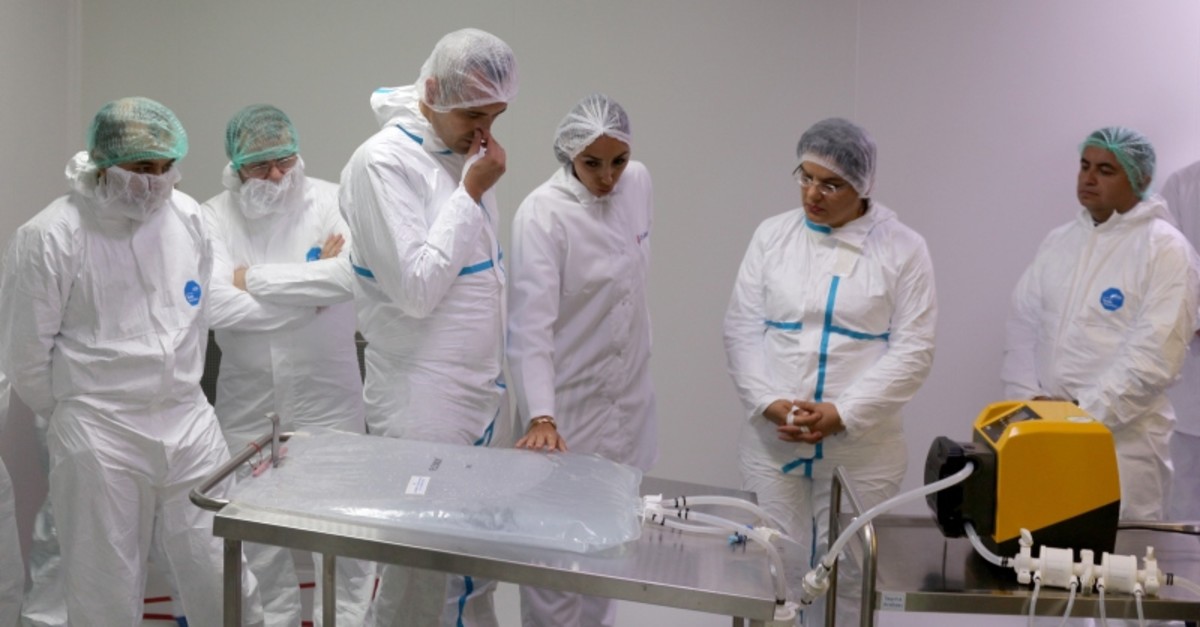 Turkey is working to develop indigenous vaccines against chickenpox and Hepatitis A, the deputy health minister said on Tuesday.

She made the remarks during a visit to Onko and Koçsel, a local cancer drug manufacturer, in Turkey's industrial province of Kocaeli.

Meşe went on to say that they will first focus on vaccinations against chickenpox and Hepatitis A, as they take up the lion's share in health spending.

"We have been in contact with foreign academics for the last three to four months about the production of these vaccines," she added.

She also noted that domestic production and export of cancer drugs is important as they will bring home foreign exchange.

Tuğba Koç, a board member of Onko and Koçsel, said they could prepare a chickenpox vaccine within three to four years.

"We have spent 110 million euros ($123.34 million) with the largest and the most technologically advanced industrial investments up until now in Turkey's pharmaceutical industry," she added.

Onko and Koçsel aims to export 1.2 billion euros ($1.34 billion) of medical molecules to the EU.

Turkey strives to cut its dependence on imports in every field, with President Recep Tayyip Erdoğan's campaign for "domestic and national" products, from cars to unmanned aerial vehicles (UAVs). A locally made vaccine can also help alleviate public concerns as the number of anti-vaccine families that refuse to have their children vaccinated grows. Vaccination has long been a controversial issue in Turkey, as several parents over the past few years have filed lawsuits against the Health Ministry, which oversees the vaccination of children. In 2015, in a landmark verdict, the Constitutional Court ruled that mandatory vaccinations carried out by the Health Ministry against the consent of parents contradicted the constitutional rights of parents. The top court's ruling said parents cannot be forced to have their children vaccinated, even if they are ordered to by the courts, and an amendment is needed in the law concerning mandatory vaccination. Parents cite "scientific" studies indicating the side effects of vaccines to back their legal claims, though a majority of the medical community point out that "studies" concerning the damage caused by vaccinations have been debunked.