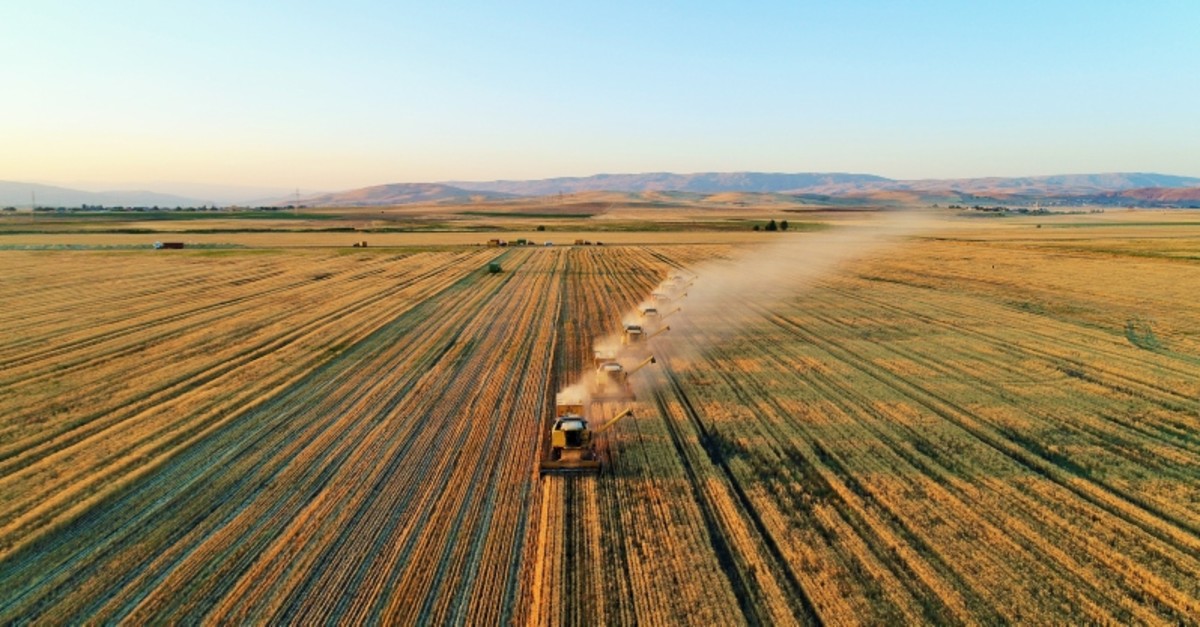 China’s decision to halt purchases of U.S. agricultural products in the latest salvo in a yearlong trade war has potential for Turkish farmers to export products to China

In the latest move in more than a year-old escalating trade war between the world's two biggest economies, China on Monday announced it was suspending purchases of agricultural goods from the U.S. and threatened more tariffs on U.S. farm products, a situation that businessmen now see as an opportunity for Turkish farmers to sell their agricultural goods to China.

The decision came after U.S. President Donald Trump last week vowed to ramp up tariffs on Chinese imports, imposing 10% on around $300 billion of Chinese goods, effective Sept.1, which Beijing on Monday said "seriously violated" agreements between President Xi Jinping and Trump on the sidelines of the G20 leaders' summit in Osaka, Japan in late June. It said it would "not rule out" tariffs on newly purchased U.S. agricultural goods after Aug. 3.

The majority of agricultural products China has been buying from the U.S. are also produced in Turkey, said Murat Kolbaşı, chairman of Foreign Economic Relations Board (DEİK) Turkey-China Business Council.

However, Kolbaşı pointed to the lack of bilateral agreements between Turkey and China for the trade of agricultural products.

"We need to make bilateral agreements on these products quickly and then export agricultural products there," he stressed. "Recently we have done this in dried nuts such as peanuts and then in cherries. We are also in talks regarding other products such as pomegranate and citrus. We talked to our ambassador this morning, and our commercial attaches are working on it. We are rapidly looking to expand these bilateral agreements."

He emphasized the importance of product-based agreements. "For example, to purchase an orange from Turkey, it needs a quarantine process, and the orange must comply with China's procedures and have quarantine documents," Kolbaşı added. "With bilateral agreements, the qualification documents required to buy the orange from the field and sell it to China must be completed, and China must accept these documents. We have such shortcomings now. We can sit down and solve these issues together."

The DEİK Turkey-China Business Council chairman also said under these agreements, documents indicating that there are no diseases and residues in agricultural products produced by Turkey and that they comply with Chinese standards should be presented, adding China is a major buyer with a population of 1.4 billion.

He stressed that this tension between the United States and China might be an opportunity for Turkey, saying that all fresh vegetables and fruits and cereals growing in Turkey, especially citrus, have potential.

'We evaluate China from long-term perspective'

On the other hand, Fahrettin Poyraz, general manager of the Agricultural Credit Cooperatives of Turkey, said that there would be tides in international relations, but they viewed events in terms of institutions and Turkey in the long run.

"We have already been working on the Chinese market for a long time. We need to think of this project independently of these processes," Poyraz said. "We work without losing sight of the opportunities in line with our capacity and capability. Trade with China is a matter that needs to be evaluated from a long-term perspective. We will continue to do our best to take advantage of any opportunities we face."

Last year, Turkey purchased $20.7 billion worth of goods from the Far Eastern nation, while its exports to the country only totaled $2.89 billion. In the first six months of the current year, Turkey's exports to China were about $1.25 billion, while imports were $8.59 billion, according to data by the Turkish Statistical Institute (TurkStat). Over the last year, however, Turkey has intensified efforts to broaden its export footprint in the Chinese market.

Poyraz noted that the demand for fruit, especially cherries, from China is high. "Due to the far distance, its cold chain must be well-formed. We focus on this point. There is a market there for dried nuts. We have ongoing studies on this, and they continue positively," he said, highlighting that they are considering hosting a delegation from China in Turkey. "Depending on developments there, China is our top agenda item," he added.