Turkish exporters to capitalize on trade war, increase sales to US, China 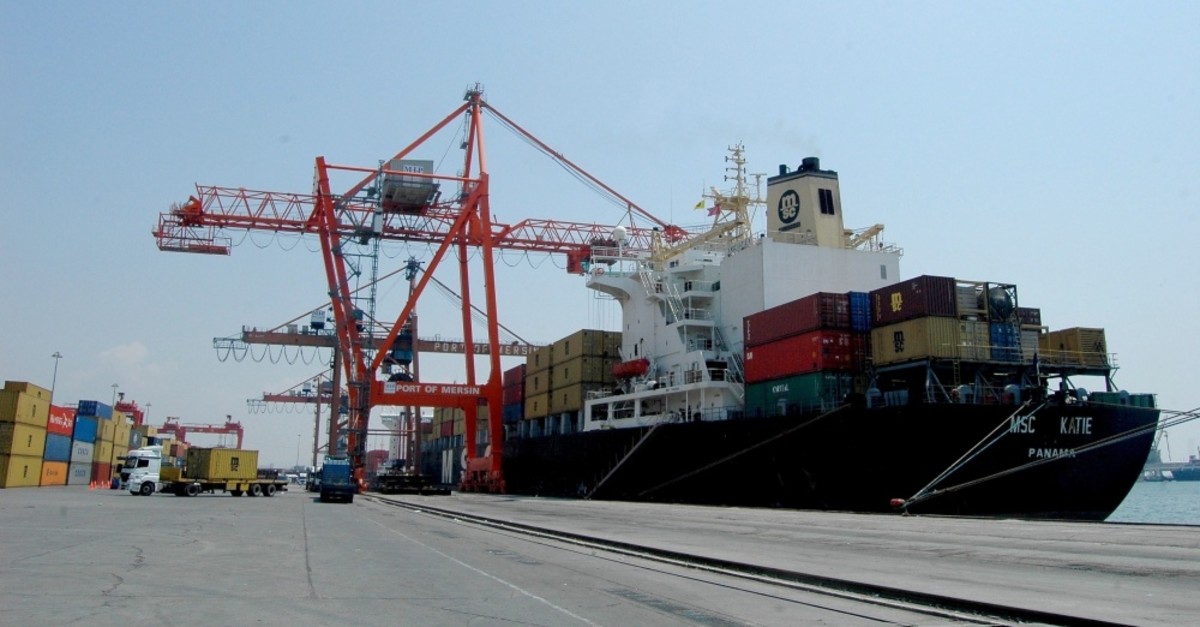 Turkish exporters consider China's restriction on imports of agricultural products from the U.S. and the latter's continuous trade war against the former an advantage to raise exports to both countries.
by Pınar Çelik Aug 15, 2019 12:25 am

The U.S.-China trade war will increase Turkey's exports to both countries. While Turkey has launched negotiations in four branches to export readymade clothing and textiles to the U.S. and fresh fruit, vegetables and cereals to China, more shares are expected from the two giant markets. China's restriction on imports of agricultural products from the U.S. and the latter's continuous trade war against the former despite the postponement of an additional 10% customs duty on Chinese apparel products until Dec. 15 will be in Turkey's favor. The U.S. is delaying imposing tariffs on some imports from China until Dec. 15 because of "health, safety, national security and other factors."

The products include mobile phones, laptops, video game consoles, some toys, computer monitors and certain types of footwear and clothing. Other items facing a 10% tariff will go ahead as planned on Sept. 1.

According to Turkish exporters, while exports of agricultural products to China and ready-to-wear exports to the U.S. can be increased, the trade war between the U.S. and China will have a positive impact on Turkey. The U.S., the world's largest garment importer, accounted for 21% of world apparel imports alone in 2018 with $103 billion.

Turkish Clothing Manufacturers' Association (TGSD) President Hadi Karasu said Turkey was quite ahead of China, especially in terms of speed, and that therefore they were trying to increase exports to the U.S. in this period. Karasu said they would bring together huge purchasing groups at the Euratex 12th Istanbul Fashion Conference in Istanbul on Oct. 2. "U.S.-China trade wars will take the sector to a different dimension. Turkey can benefit from this process," Karasu said. "We will explain to the giant purchasing groups from the different countries how Istanbul is an advantageous position in terms of supply and why it is an alternative to China."

Noting that the political climate in Europe, the biggest export market for the Turkish ready-to-wear sector, might put trade in trouble, Karasu said alternative markets were needed in this regard. Özkan Karaca, vice chairman of Istanbul Apparel Exporters' Association (İHKİB), said they wanted to turn the trade war into an opportunity for the Turkish fashion industry. "We have already seen an increase in orders from the U.S. I expect we will increase our exports to the U.S. this year to $700 million," he added. He said Turkish companies at the Magic Show, one of the biggest readymade clothing fairs in the world which started in Las Vegas on Aug. 11, saw serious interest from buyers. Karaca said Turkey's readymade clothing exports to the U.S. before 2005 were over $1.5 billion, stressing they were trying to capture the same figures.Bilateral agreement traffic for agriculture

China's announcement that the purchase of agricultural products from the U.S. was temporarily halted created an opportunity for Turkey to export agricultural products to China. Foreign Economic Relations Board (DEİK) Turkey-China Business Council President Murat Kolbaşı said the tension between the U.S. and China could be an opportunity for Turkey.

Underlining the potential of fresh vegetables and fruits and cereals grown in Turkey, especially citrus fruits, Kolbaşı said the majority of China's agricultural products were produced in Turkey.

Kolbaşı pointed to the lack of bilateral agreements between Turkey and China for the trade in agricultural products. "We need to make bilateral agreements on these products quickly and then export the agricultural products there," he continued. "Recently we did this with dried nuts such as peanuts and then in cherries. We are also in talks regarding other products such as pomegranates and citrus."

Last year, Turkey purchased goods worth $20.7 billion from the Far Eastern nation, while its exports to the country only totaled $2.89 billion. In the first six months this year, Turkey's exports to China were about $1.25 billion, while imports were $8.59 billion, according to data by the Turkish Statistical Institute (TurkStat). Over the last year, however, Turkey has intensified efforts to broaden its export footprint in the Chinese market.

Fahrettin Poyraz, general manager of the Agricultural Credit Cooperatives of Turkey, highlighted the high demand for fruits from China, especially cherries, as well as the ongoing studies on dried nuts.

Uludağ Fresh Fruit and Vegetable Exporters Union (UYMSİB) Vice Chairman Senih Yazgan, on the other hand, noted that the economic conflicts between China and the U.S. became an advantage for the Turkish fresh vegetables and fruits sector.