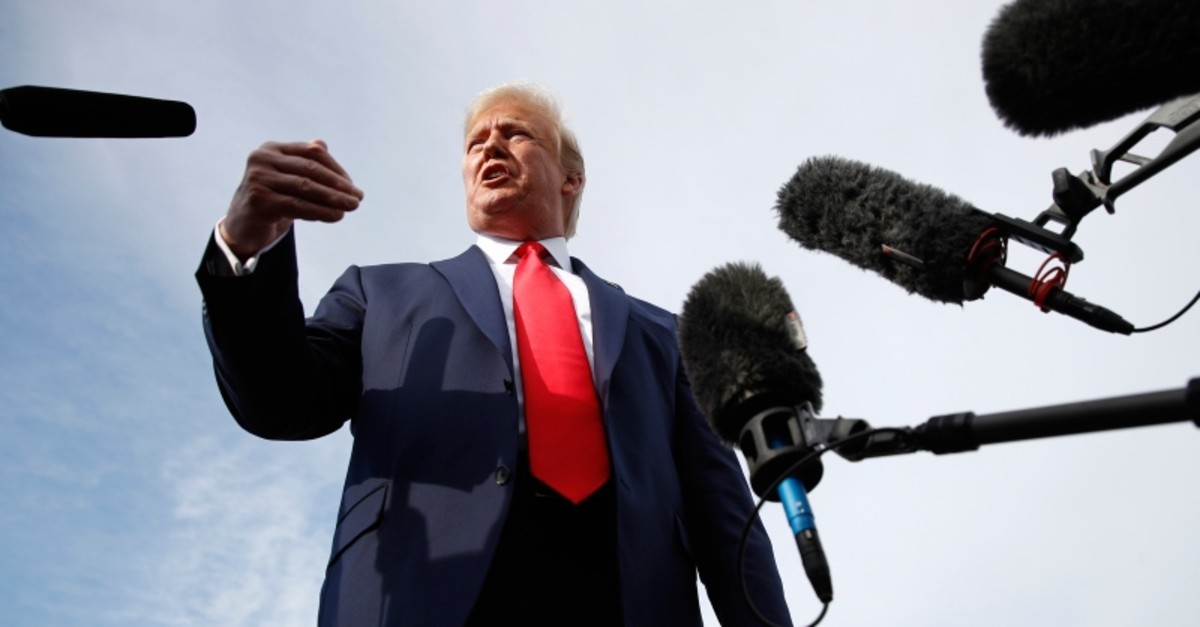 President Donald Trump on Thursday again signaled his desire for close trading ties with Britain once it leaves the European Union, saying a "fantastic" deal was in the works.

"I think we'll have a fantastic and big trade deal with the UK. We should do much more business than we're doing," Trump told reporters, repeating his personal support for fellow right-leaning Prime Minister Boris Johnson, who is leading the Brexit process.

Trump will meet the new British leader at the G7 in Biarritz, France, later this month, but they have already talked numerous times by phone, the White House says.

Trump said the most recent occasion was just Wednesday.

Once Britain leaves the European Union, a giant trading bloc, it will have to strike bilateral deals on free trade with separate countries. Pro-Brexit leaders are relying heavily on the traditionally close relationship with the United States, and Trump has sought to raise expectations.

Critics of Brexit caution that Trump's aggressive trade negotiating posture has seen him take on China and allies such as Canada or the European Union alike, with hardball tactics including sweeping tariffs on imports, to force better conditions for US products.

The White House is also hoping to bind London closer on foreign policy as it takes on other European powerhouses, especially France and Germany, over Iran and other areas where trans-Atlantic alliances have frayed since Trump came to office.