Turkey's Malatya exports apricots to 112 countries around the world 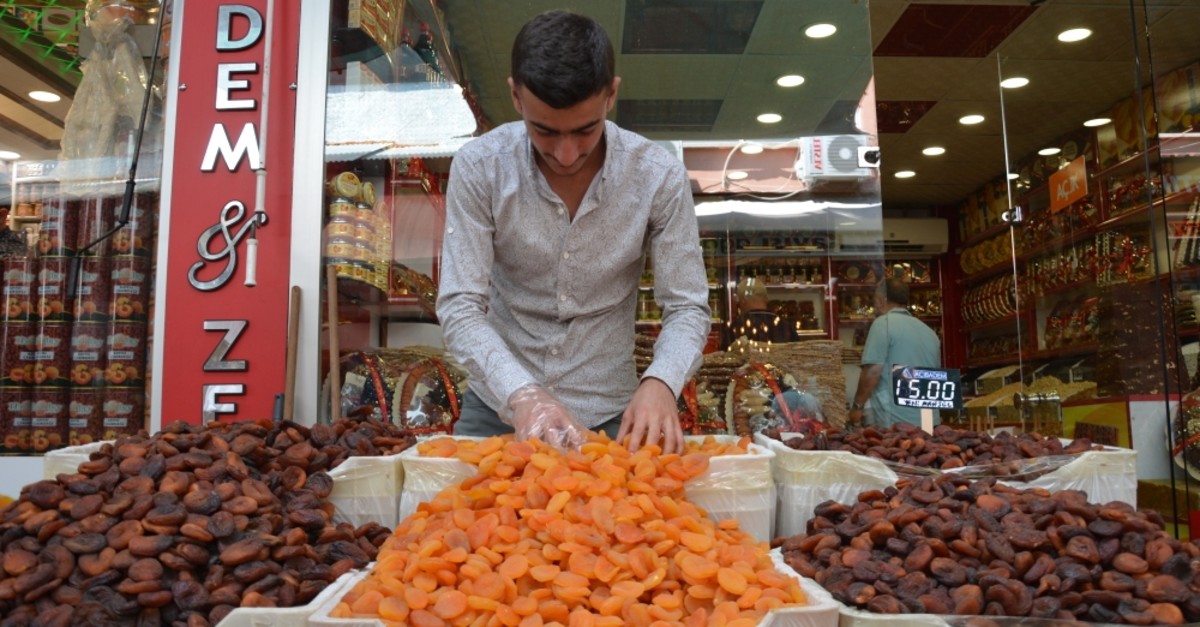 The center of the apricot industry, Malatya province in eastern Turkey, is exporting its famed homegrown dried apricots to 112 countries around the world and has generated $251 million in export revenues this season

Turkey is known as a top producer and exporter of apricots, both fresh and dried, and Malatya province in eastern Anatolia is dubbed the apricot capital, accounting for 90% of the country's apricot exports. It is one of the fruits Turkey is best known for in the world. Apricots are collected from about 8 million trees in Malatya. Meeting some 80% to 85% of the world's dried apricot production alone, Malatya exported apricots to 112 countries in the latest export season with 99,461 tons of dried apricots from Aug. 1, 2018 to July 31 this year. Turkish apricots earned a coveted EU geographical indication in July 2017, a registration that helps unique products be protected, marketed and advertised.

It was the third Turkish product to get this EU designation after Gaziantep baklava, a rich, sweet pastry featured in many cuisines of the former Ottoman countries, and the Aegean fig.

Apricot exports generated $251 million in revenue during the export season, with most sales to the U.S., France, Germany, Brazil and Australia.

What's more, exporters managed to carry out 3 kilograms of sales to Rwanda, 22 kilograms to Ghana and 28 kilograms to Angola, which drew attention in this season's export figures.

Malatya Commodity Exchange President Ramazan Özcan said that they achieved their targets in the last export season, stressing that exports brought $251 million into the country's economy.

Özcan added that the apricot market was now stable and that they have turned their eyes to the Far East to look for new markets. He recalled that they met with a purchasing delegation visiting Gaziantep on behalf of COFCO Sundry, one of the biggest supplier companies in China, and shared the product.

He said that they almost reached the export figure they had targeted last season and set 110,000 tons as their new target in the new season covering the period Aug. 1 to July 31, 2020.

"Apricot needs new markets. We should go beyond a certain consumer and reach a new segment. The production capacity must be in parallel with the export capacity. There should be stability in the product price as well. Stable markets are always important for export products," Özcan said.

On the other hand, in a statement on Sunday, the Agriculture and Forestry Ministry said Turkey is the top producer and exporter of hazelnuts, cherries, figs and apricots. "We generated $2.17 billion in total export revenue from these products alone," according to the statement, which cited Agriculture and Forestry Minister Bekir Pakdemirli as saying: "Our export of agricultural products increased to $17.7 billion in 2018."