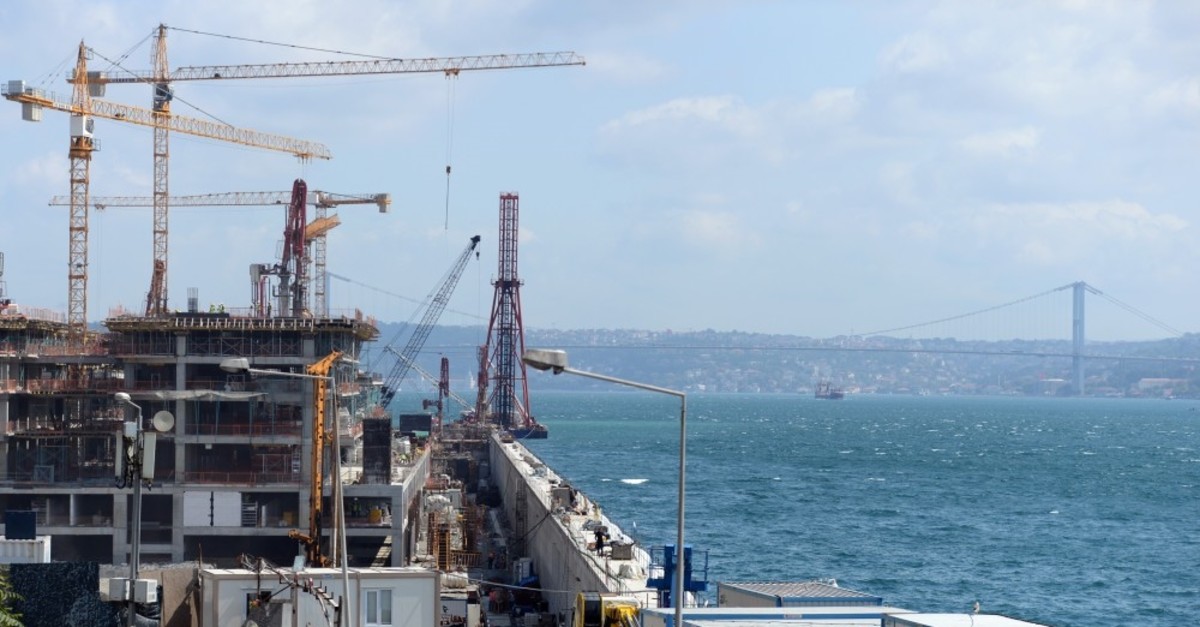 Istanbul's Galataport, a megaproject expected to boost the city's tourism with cruise ports and increase tourism revenues, is and slated to open in May 2020.

Galataport is jointly being built by Turkey's Doğuş Group and Bilgili Holding with an investment of $1.7 billion. It is dubbed one of the world's largest coastal projects, aiming to become one of the top cruise destinations.

In a press conference held yesterday in Istanbul, Doğuş Group Chairman Ferit Şahenk confirmed that the port has a capacity to welcome 25 million visitors per year, including 7 million foreigners. The estimated revenues from the increasing number of tourists will be around $1 billion.

"The port also has two museums and a recreation area of 14,000 square meters to host culture and art events," Şahenk added.

The Doğuş Group chairman remarked that a "1.2-kilometer-long coast line, which has been closed to the public for 200 years, is now preparing to welcome its visitors.

"Galataport is being constructed as a cruise port that will host 1.5 million visitors from cruise ships per year. The port will revive the cruise tourism, serving a wide area from the Mediterranean to the Black Sea," Şahenk said.

Doğuş Group Deputy Chairman Hüsnü Akhan also noted that the project is 70% complete at the moment, stressing that Galataport will revive the old spirit of Karaköy, which was once the commercial center of Istanbul.

"Galataport will have a wide variety of functions, serving as a center of gastronomy, tourism, shopping, arts and culture. It will be a brand new leisure area for Istanbul residents and all the visitors coming to the city," Akhan remarked. The first cruise is scheduled to dock at the Galataport on April 5, 2020, Akhan said, noting that the port will be open before the Champions League final game on May 30, 2020 at the Atatürk Olympic Stadium in Istanbul.

A total of 64 cruise ships made a reservation to dock at the Galataport next year while 140 cruise ships have been booked for 2021. Most of the cruise firms are estimated to be using Istanbul as the main port.

The port will host around 500 cruise ships with an average of 4,000 passengers each, likely reaching 2 million people, including the staff and the crew of the ship, Culture and Tourism Minister Mehmet Nuri Ersoy had previously stated. The ongoing Galataport project on the Karaköy coastline will accommodate culture and art centers, a world-class cruise terminal, hotels, different brands, cafes, restaurants and office areas. The terminal includes a passport terminal, check-in areas and waiting rooms suitable for a high number of passengers along with a port to function as a hub with a capacity to provide service for the world's largest vessels.

Galataport currently provides 5,000 jobs at the most intensive construction period, including the employment created by the subcontractors.

Once fully operational, the project that harbors cafes, restaurants, offices, shops and a hotel is expected to provide jobs for 4,500 people.

The new terminal of the port is planned underground in order to make the residents and visitors of Istanbul enjoy the promenade without any interruption during cruise operations. An underground carpark is also among the project plans aiming to solve the parking problem in the neighborhood.

Hosting Turkey's most noteworthy institutions in the contemporary arts - Istanbul Modern Museum and Mimar Sinan Fine Arts University Painting and Sculpture Museum - within its premises, , Galataport will become the new arts and culture center of Istanbul. The public and open spaces through out the port area will also be used for open air exhibitions and installations.