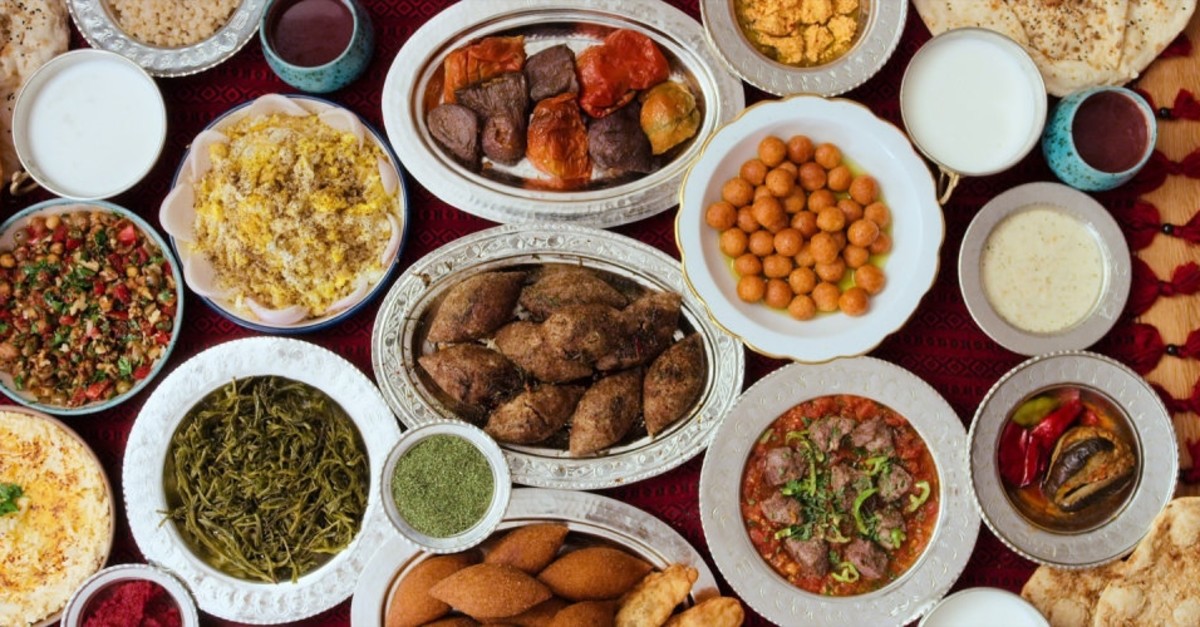 Famous for its diverse kababs, olive-oil dishes, mezes, pide and many others, Turkey's cuisine exports are recorded at $18.6 billion on an annual basis, excluding fast food consumption.
by Daily Sabah Aug 27, 2019 12:03 am

Following Italy, Japan, France and Mexico, world-renowned Turkish cuisine ranks fifth among net cuisine exporters, with a trade surplus of $16.6 billion per year according to a study by the University of Minnesota

Anyone whose path has crossed Turkish territories, who has ever watched Turkish TV series or befriended a Turkish person with good culinary skills, has had the pleasure of enjoying a mouthwatering meal of Turkish cuisine. One of the most diverse cuisines in the world, the fame of Turkish food continues to spread thanks to increased diplomatic efforts, the dominance of TV series in the global market and the continuous growth of the tourism sector. As a result, Turkey has become the fifth top cuisine exporter in the world, generating $16.6 billion in net exports, according to a study by the University of Minnesota.

A new paper titled "Dining Out as Cultural Trade" by Joel Waldfogel of the University of Minnesota, in which the culinary habits of 52 countries are evaluated based on data compiled from the travel-view website TripAdvisor and sales figures from the market research firm Euromonitor, has measured the trade in culinary exchange.

According to Waldfogel's contextualization of culinary trade, export means the foreign consumption of a specific cuisine, while import means local consumption of a foreign cuisine. Specifically, say a Turkish person has spent TL 100 for a meal at an Italian restaurant in Istanbul, that expenditures are a score on the culinary exports of Italy and imports of Turkey.

The calculations by Waldfogel reveal that culinary exports of Turkey, renowned for its diverse kebabs, olive oil dishes, mezes, pide and many others, are recorded at $18.6 billion on an annual basis, excluding fast food consumption.

Famous for its light Mediterranean cuisine, Italy by far is the largest cuisine exporter with $176.2 billion per year, followed by Japan whose wide variety of sushi is consumed across the globe. The cuisine exports of the Far East island nation is calculated at $91.4 billion. Home to famous chefs and famous for its escargot, French cuisine exports, according to the study, stands around $40.3 billion, while those of Mexico, the inventor of delicious tacos, come in at $29.2 billion per year.

In terms of surplus in culinary trade, Turkey ranks fifth among the 44 selected countries with a net export of $16.6 billion since the country's imports only account for $2 billion. Italy, again, tops the list of net exporters with $158.2 billion, followed by Japan whose net exports stand at $43.8 billion. France, ranking third, has a net cuisine export of $18.9 billion. Mexico, which came fourth in the list, secured $16.6 billion in net exports of cuisine.

The reason why Turkey ranks fifth in the list of countries that post the highest surplus in cuisine trade is the low level of imports. Although Spain posts $21.3 billion in cuisine exports, surpassing Turkey, the country's high imports worth $41.6 billion place it at the end of the net cuisine exporters list.

The data also provides some hints as to the culinary traditions of countries, implying that countries with high domestic shares are more conservative. Turkey, where 80.9% of food consumption is domestic, comes to the forefront as the most conservative among the sample countries and was followed by China with a domestic consumption rate of 78.4%. With a limited import level as opposed to huge imports, Italy ranks third with a domestic culinary consumption rate of 78%.