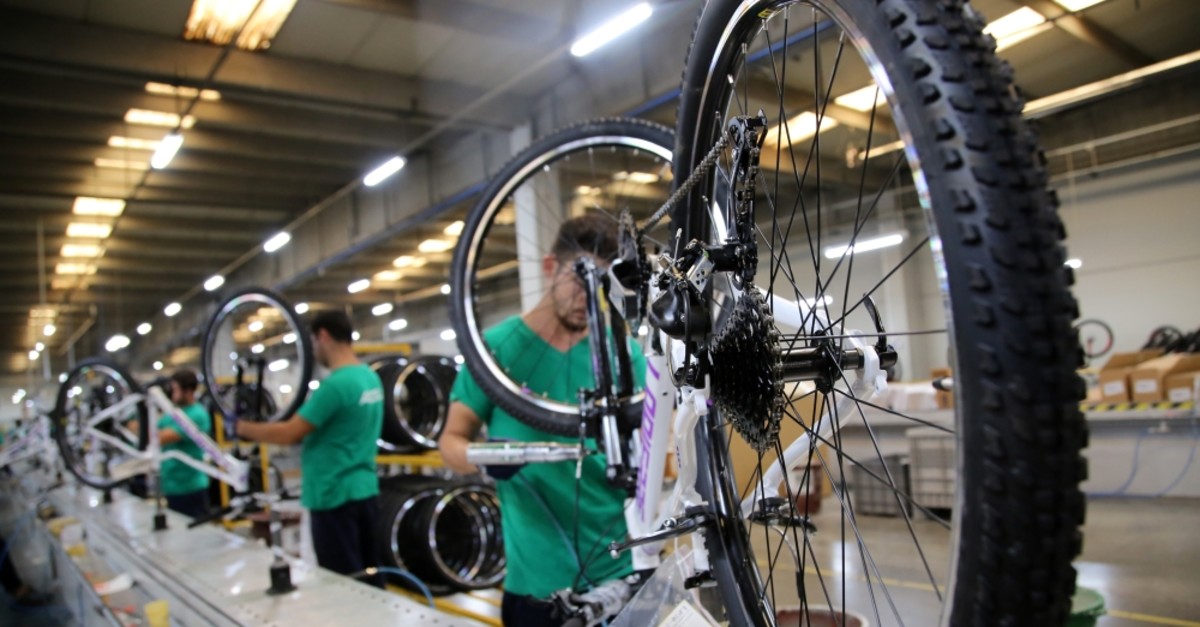 Exports of Turkish-made bicycles surged by 58% year-year in 2018, according to Bicycle Industry Association (BİSED) data yesterday.

Some 280,442 bicycles were sold abroad last year, compared to 177,412 in 2017, when a large portion of them went to European countries known for widespread use of bicycles, including Germany, Netherlands France, Spain and Italy, generating 25.93 million euros ($28.68 million).

Having increased the number of bicycles they exported last year to 280,442, Turkish manufacturers managed to earn approximately 34.046 million euros.

Until July this year, some 204,694 bicycles were sold, bringing in around 27.5 million euros in revenue.

Accell Bicycle Company, which operates in the Manisa Organized Industrial Zone, was responsible for about 67% of the country's overall bicycle exports in 2018.

The company produces an average of 1,800 bicycles per day in the facility, which employs 500 people. In 2018, bicycles worth 23 million euros were exported by the factory, where classic and electric bicycles are being produced.

"We reached 23 million euros in bicycle exports in the seven months of 2019. Given that this trend is seasonal and bicycle is a seasonal product, I believe we will surpass 2018 figures by the end of this year," he told Anadolu Agency (AA).

Explaining that they encourage other bicycle manufacturers to export, Şakrak stated that many companies that follow them are doing foreign market research.

Underlining that seven Turkish companies will attend Eurobike Friedrichshafen International Bicycle Fair, Şakrak continued: "Our industry is doing its best to make our country have a large share of the global bicycle exports."

Highlighting that Europe is a serious market for bicycle exports, he added: "A total of 20 million bicycles are sold annually in this region. Only 10 million of them are supplied by European manufacturers, while the rest are imported from China and the Far East. We are currently exporting to countries such as the Netherlands, Spain, the U.K., Germany, France, Italy and Finland where bicycles are heavily used. These countries have very serious export potential for us."