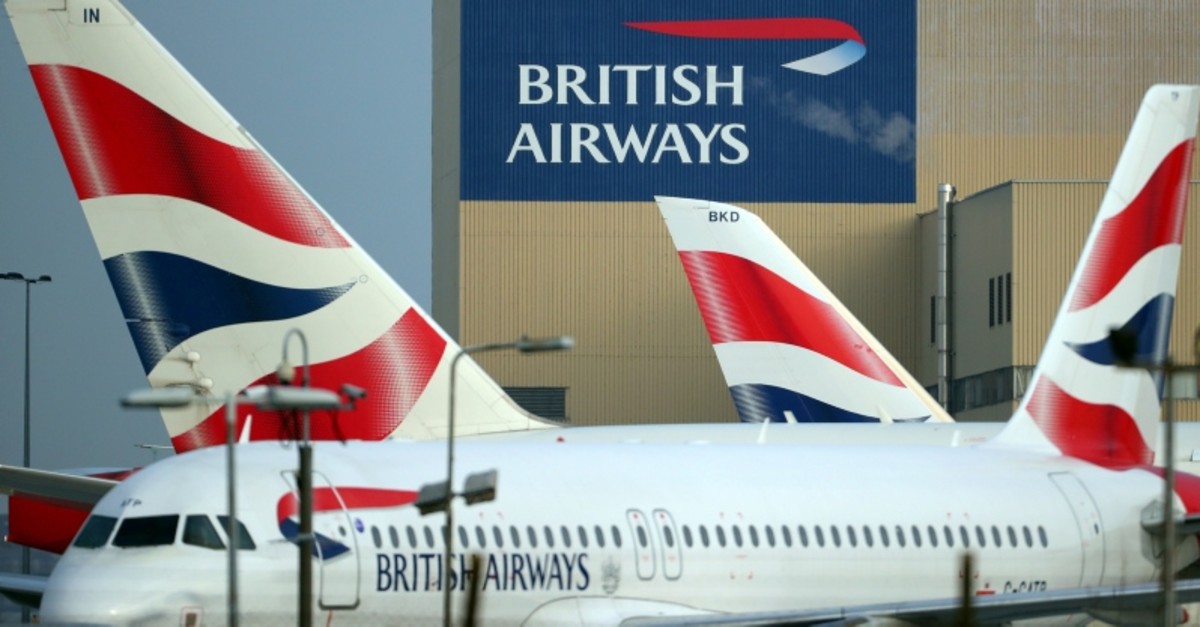 British Airways pilots began a 48-hour strike on Monday, grounding nearly all its flights and disrupting thousands the plans of travelers in unprecedented industrial action over a pay dispute.

The British Airline Pilots Association (BALPA) last month gave the airline notice of three days of industrial action in September, in the first ever strike by BA pilots.

"We understand the frustration and disruption BALPA's strike action has caused our customers. After many months of trying to resolve the pay dispute, we are extremely sorry that it has come to this," BA said in a statement.

"Unfortunately, with no detail from BALPA on which pilots would strike, we had no way of predicting how many would come to work or which aircraft they are qualified to fly, so we had no option but to cancel nearly 100% of our flights."

Following strikes on Monday and Tuesday, another day of industrial action is scheduled for Sept. 27.

Both sides say they are willing to hold further talks.

BALPA has said British Airways should share more of its profits with its pilots. BA has said the strike action is unjustifiable as its pay offer was fair.

Thousands of customers have had to seek alternative travel arrangements, and the airline has come in for criticism over how it handled communications with passengers before the strikes.

"We hope we can find a way of resolving this dispute. We've been trying very hard to do so for the best part of nine months now but here we are now sadly having to take industrial action," BALPA General Secretary Brian Strutton told BBC radio.

He said they were willing to compromise but BA were not prepared to "budge".

The airline dismissed a new offer by BALPA last week as an "eleventh hour inflated proposal" that was not made in good faith. BALPA had said it would have called off the strikes this week if BA had engaged with the offer.

A spokeswoman for Prime Minister Boris Johnson has urged both sides to end the dispute.

The U.K. Civil Aviation Authority (CAA) is investigating the airline after it enraged some travelers by wrongly telling them their flights had been canceled.

The regulator also reminded the airline to tell customers their rights. During the strikes, BA must offer passengers reimbursement for cancelled flights, alternate travel arrangements under comparable conditions or a new flight at a later date.