Lagarde gets EU approval to become next ECB chief 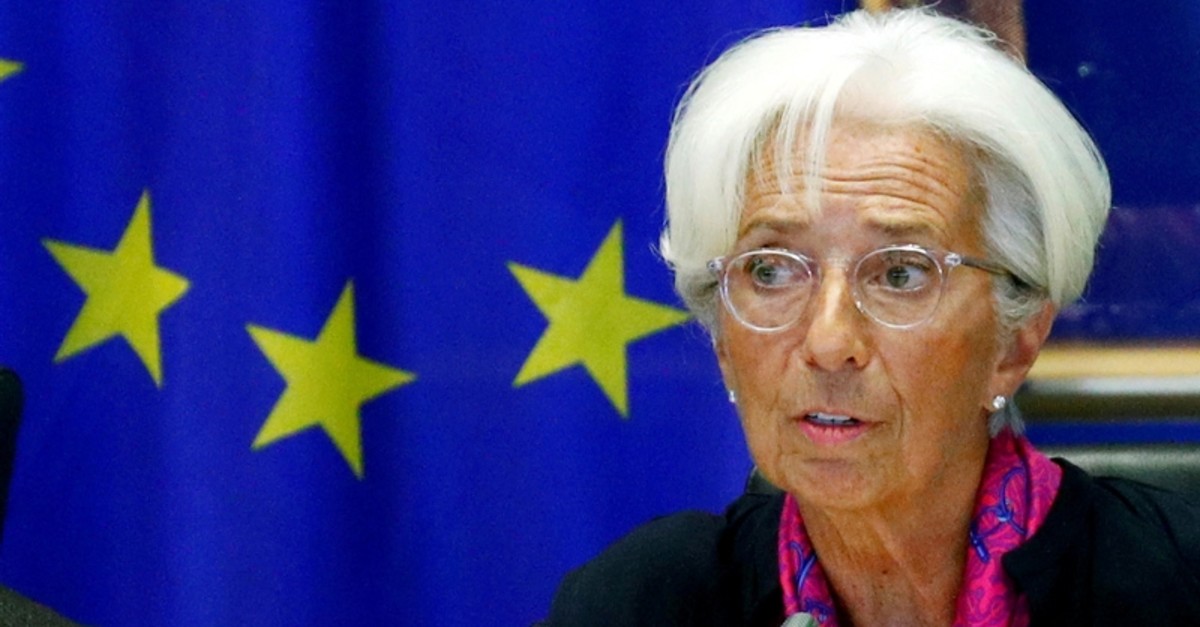 hristine Lagarde, the next president of the European Central Bank, speaks to the European Parliament's Economic and Monetary Affairs Committee in Brussels, Belgium September 4, 2019 (Reuters Photo)
by Sep 17, 2019 3:06 pm

The European Parliament on Tuesday approved outgoing IMF chief Christine Lagarde as the next boss of the European Central Bank, which last week announced massive stimulus for the sluggish eurozone despite divisions among its governors.

Lagarde, who was absent for the vote, won backing from 394 MEPs, with 206 voting against and 49 abstaining in a secret ballot. Some criticized her not turning up.

The parliament's green light is just a recommendation. The final decision on her appointment is up to EU leaders in a mid-October summit. She is expected to easily clinch that confirmation as the leaders put her forward for the ECB post back in July.

Lagarde, a former French economy minister and head of the International Monetary Fund for the past eight years, is expected to largely follow the course set by departing ECB president Mario Draghi.

Draghi was hailed seven years ago for saving the eurozone from debilitating crisis by vowing "the ECB is ready to do whatever it takes".

But his decision last Thursday to have the ECB intervene again with quantitative easing (QE) from November and a cut to the interest paid on banks' deposits deeper into negative territory has ruffled the feathers of some EU states.

Germany and the Netherlands notably accused Draghi of going too far. Sources told AFP that around 10 of the 25 ECB governors were against relaunching QE.

Draghi had underlined three challenges facing the ECB and its goal of price stability: a slowing eurozone economy, looming trade protectionism and Brexit, and the bank's degrading economic forecasts.

He is to leave his job to Lagarde after hosting a last monetary policy meeting in October.

The euro, a symbol of Europe's single market, is used by 19 of 28 member states currently in the European Union.