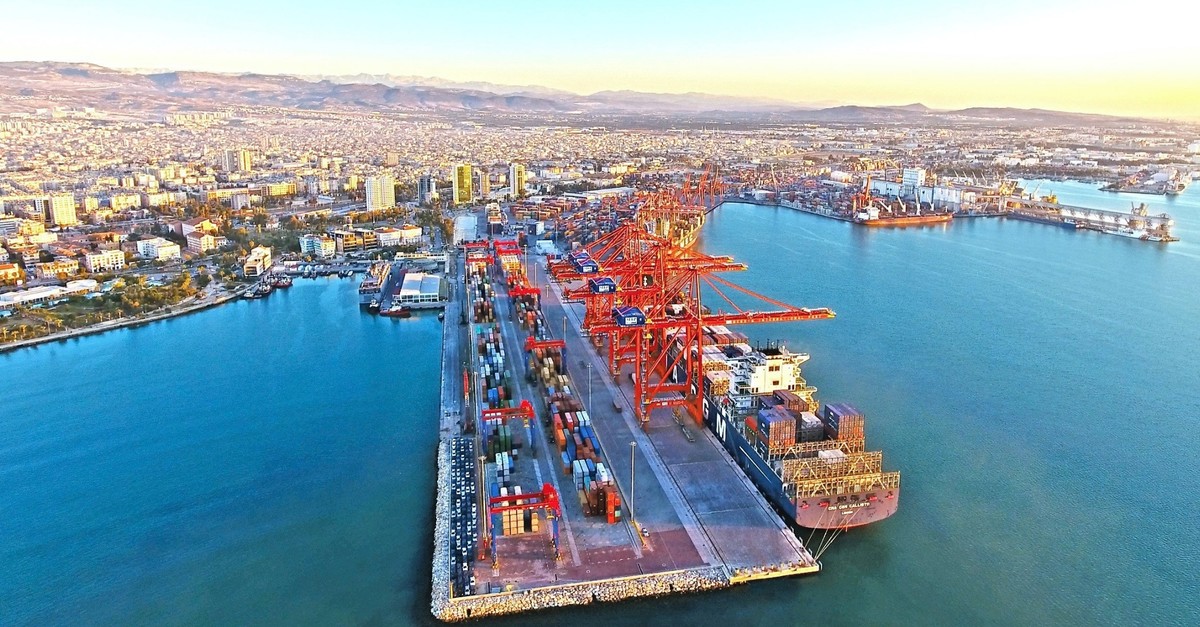 Aiming to unleash the economic potential of the two NATO allies, a new road map will be instrumental for Turkey and the U.S. on their path to reach their $100 billion bilateral trade target set between the leaders of the two countries

A road map to fulfill the $100-billion Turkey-U.S. trade potential will be unveiled at an investment conference in New York on Wednesday. Despite the recent rocky relationship, the two NATO allies have dealt with bilateral economic ties separately. President Recep Tayyip Erdoğan and his American counterpart Donald Trump both agreed to increase the trade volume from its current $20 billion to $100 billion, during their G20 meeting in Osaka, Japan this June. Accordingly, Turkey's Foreign Economic Relations Board (DEİK) and the Turkey-U.S. Business Council (TAİK) initiated studies on a report, prepared by the Boston Consulting Group (BCG).

The report outlines how to realize the potential trade target set by the two leaders. The bilateral trade target anticipates exports worth $50 billion from each side.

Trade between the two countries stood at $20.6 billion in 2018, according to official data. Turkey's exports to the largest economy in the world were $8.3 billion, while its imports totaled $12.3 billion, according to the Turkish Statistical Institute (TurkStat).

In the January to July period this year, the sale of Turkish goods and products to the U.S. was at $4.6 billion and U.S. exports to Turkey hit $6.6 billion.

The road map will be introduced during the 10th Turkey Investment Conference set to take place in New York on Sept. 25, DEİK said Saturday.

The event will be attended by President Recep Tayyip Erdoğan, who arrived in New York Saturday to attend the 74th session of U.N. General Assembly.

The U.S. will be represented by Secretary of Commerce Wilbur Ross as well as other high-level government and business representatives.

More than 450 top executives and investors from Turkey and the U.S. will attend the conference.

The event will be held by TAİK, in cooperation with Citibank. Trade Minister Pekcan and Finance Minister Albayrak are expected to make the keynote speeches, while President Recep Tayyip Erdoğan is scheduled to attend the gala dinner the same night.

The results of the study also carried out under the chairmanship of the Trade Ministry in conjunction with all other nongovernmental organizations (NGOs), were also shared with the U.S. Secretary of Commerce Ross during his visit to Turkey earlier this month.

"During our meeting with Secretary Ross, he said, 'time is your enemy.' We are racing against time. We are taking 20 to 30 companies with us to New York, especially to represent selected sectors. And they will have their first meetings with the giant retail chains of the U.S. Turkey's target of $50 billion in exports to the U.S. will open up a significant growth area for small and medium-sized enterprises (SMEs), as well as industry leaders," TAİK Chairman Mehmet Ali Yalçındağ said.

Among others, two panels will be held within the scope of the conference that will see business representatives and officials from Turkey and the U.S. discuss the latest developments and opportunities.