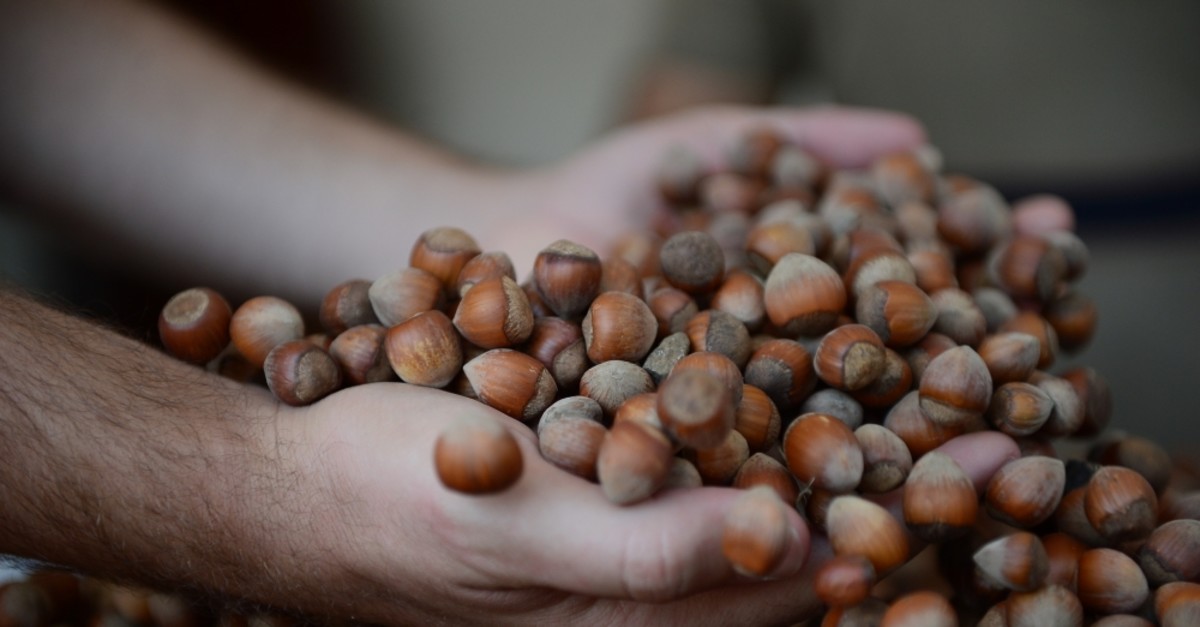 Holding a major part of the world hazelnut production and market, Turkey generated some $1.6 billion from hazelnut exports during this export season.

Germany was the top market for Turkish hazelnuts while a notable increase in sales in the Chinese market stood out as the year's most important development.

Turkish exporters sold more than 269,399 tons of hazelnuts to 115 countries this season, from September 2018 to August this year, according to the Black Sea Hazelnut and Products Exporters' Union (KFMİB).

Germany became the leading market for hazelnut exports for nine years straight, with 67,318 tons in exports and $370.6 million in revenue. It was followed by Italy, with 55,655 tons of hazelnut worth $335 million, and France with 19,344 tons valued at $115.9 million. Turkey exported the least amount of hazelnuts to Angola last season. Exports to the country remained at only 18 kilograms generating $166. Angola was followed by Rwanda with 19 kilograms and Ghana with 20 kilograms. As in previous seasons, exporters mainly sold hazelnuts to European countries in the 2018-2019 period, while exports to the People's Republic of China showed a notable increase, with 8,073 tons.

"This is a little below our target. Exports stood at approximately 270,000 tons. Nevertheless, it is not far below our expectations," Sevinç said and pointed to the rapid development in the Chinese market in recent months.

"One of the most important developments in the past season was the Chinese market," he continued. "There has been rapid development, especially since May. China will always be among the top 10 countries that import hazelnuts from Turkey." Turkey – the world's largest hazelnut exporter – earned $1.78 billion with nearly 287,000 tons of hazelnut exports last season between September 2017 to the end of August 2018.