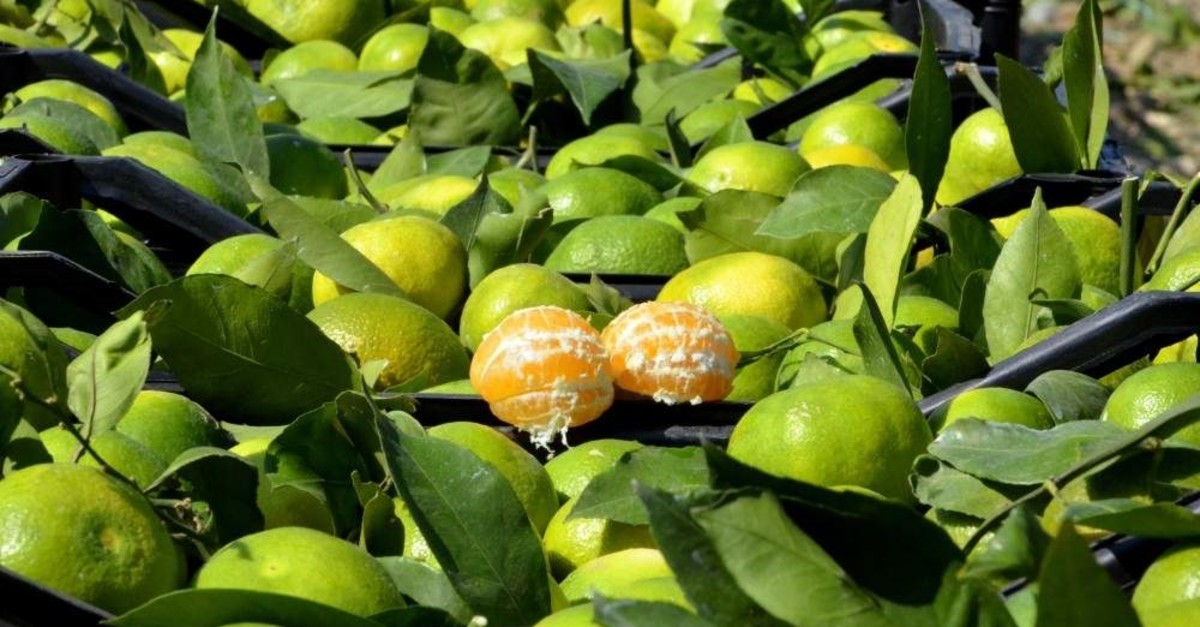 Amid its strained relations with Turkey following the killing of journalist Jamal Khashoggi at the Saudi Consulate in Istanbul last year, Saudi Arabia is reported to have been blocking the entrance of several Turkish products, holding them at its customs due to “analysis.”

The country is keeping the citrus products sent from the southern Turkish city of Adana for 15 days at the customs gate due to what is said is “analysis,” İhlas News Agency (İHA) reported yesterday.

Earlier, businesspeople argued that Saudi customs were deliberately holding Turkish products, highlighting that the reasons presented by the kingdom’s officials have no basis in fact.

Saudi Arabia has been one of the top buyers of citrus products such as oranges, lemons and mandarins grown in Adana’s Yüreğir district. Goods have also been exported to Russia, Ukraine and Eastern Europe.

Under normal circumstances, product analysis is carried out in laboratories in the customs office of imports, however, the Saudi administration has begun to send samples of the Turkish products to Riyadh for analysis.

Goods sent by ships from southern Hatay’s İskenderun Port due to the civil war in Syria reach Jeddah Port in 10-15 days. With the addition of the 15-day analysis period, the sales of citrus products harvested from Adana on Sept. 20 have only just begun to enter the Saudi market this week.

Yüreğir Chamber of Agriculture Chairman Mehmet Akın Doğan noted that since citrus-laden containers are kept on hold at customs, the products soften and go to waste.

“Containers are currently on hold,” Doğan said. “After the Jamal Khashoggi incident, Saudi Arabia began to intervene in product purchases from us. We expect this problem to be resolved as soon as possible and the ministry to review this issue and work in this direction,” he was cited as saying by İHA.

Doğan further explained that in 2017, the analysis of citrus products was being carried out in Turkey and then sent to Saudi Arabia.

“In Saudi Arabia, lemons, early mandarins and oranges are currently on hold. They will purchase them, but prefer to fall behind intentionally,” he continued. “Analysis used to be conducted in our region. The product has been waiting for at least 10-15 days as they have been analyzed there recently. It takes 10-15 days to get there. The product waits there at least a month. Products harvested on Sept. 20 last month are just being purchased. One month is a huge loss for us.”

Doğan also argued that the Jamal Khashoggi murder caused this sanction. “In general, products are sent there from citrus packing plants in Hatay. When the Syrian gate was open, our goods used to reach there in four to five days. Now that they are sent by sea, purchases are made a month later. We want this issue resolved immediately,” he stressed.

Saudi authorities recently held dozens of Turkish trucks at the customs border for two weeks with no explanation. After they reached the Port of Duba in northwestern Saudi Arabia, which opens up to the Red Sea, after leaving Iskenderun, the trucks, after routine checks at the port, were transferred to an empty area next to the harbor surrounded by wire mesh, where they waited without any justification. They were later allowed to pass through Saudi customs.

Escalating tensions between Turkey and Saudi Arabia, more visible since the killing of dissident Saudi journalist Jamal Khashoggi at the kingdom’s consulate in Istanbul last October, have recently led to the rise of anti-Turkey sentiment in the kingdom.

Earlier reports also said that the Saudi administration has called upon its citizens to not visit Turkey for tourism or invest in the country.

Saudi displeasure with its own citizens’ interest in Turkey has forced the kingdom to spread false allegations to discourage people from visiting and spending their holidays in Turkey.

Each year hundreds of thousands of Saudi tourists visit Turkey, thanks to its milder climate, turquoise waters and location at the crossroads of the East and West.