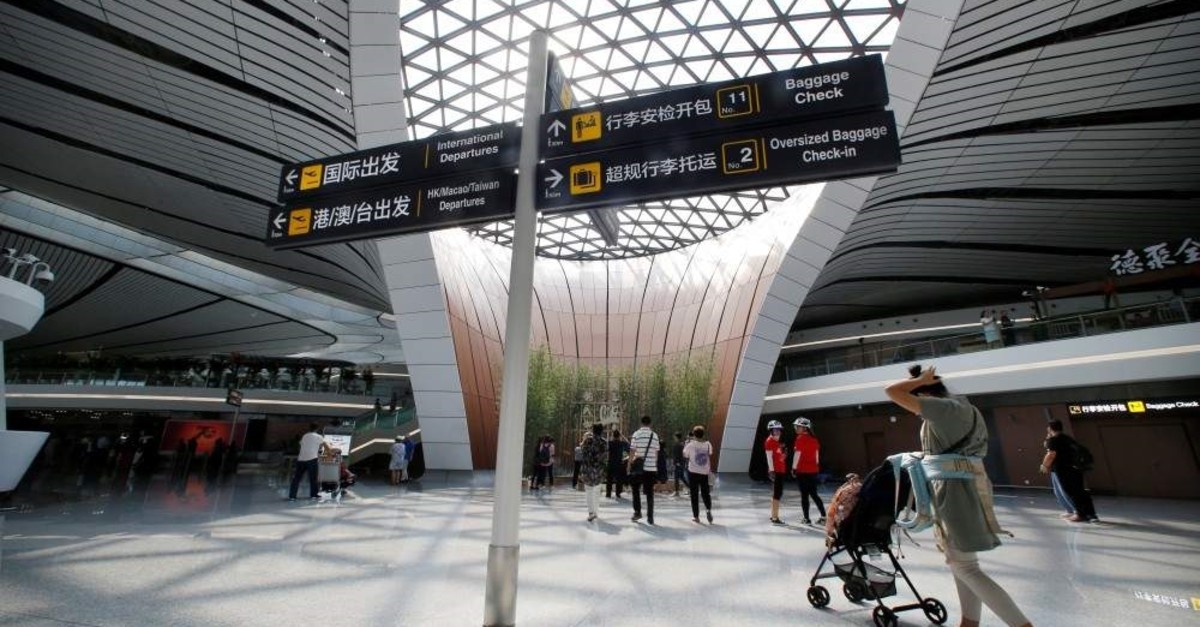 People walk through the terminal hall of the newly launched Daxing International Airport ahead of the 70th anniversary of the founding of the People's Republic of China, on the outskirts of Beijing, China, Sept. 28, 2019. (REUTERS Photo)
by Oct 27, 2019 5:49 pm

Shaped like a phoenix – though to some observers it is more reminiscent of a starfish – the airport was designed by famed Iraqi-born architect Zaha Hadid, and formally opened in late September ahead of the Oct. 1 celebrations of the 70th anniversary of the People's Republic of China.

It boasts four runways and is expected to handle up to 72 million passengers per year by 2025, eventually reaching 100 million.

China Southern Airlines and China Eastern Airlines will be the main domestic carriers at Daxing, although Air China will provide a limited number of flights as well.

An Air China flight to Bangkok was the first international flight to leave yesterday, while British Airways will operate the first transcontinental flight, to London.

About 50 foreign airlines, including Finnair, plan to move all or part of their China operations to the airport in the coming quarters.

The relocation of all the airlines which will use Daxing is due to be completed by the winter of 2021. Air China and its Star Alliance partners will remain mostly at Capital airport.

The airport, roughly the size of 100 football fields and expected to become one of the world's busiest, has come in for some criticism due to its distance from central Beijing.

By public transport it takes over an hour to reach it from Beijing's central business district, more than double the time needed to reach Capital airport, which strains at the seams and is often hit by delays.

Officials say Daxing airport is not only designed to serve Beijing, but also the surrounding province of Hebei and adjacent city of Tianjin, to boost regional development.