Food exports to China increase by 86% in first 10 months 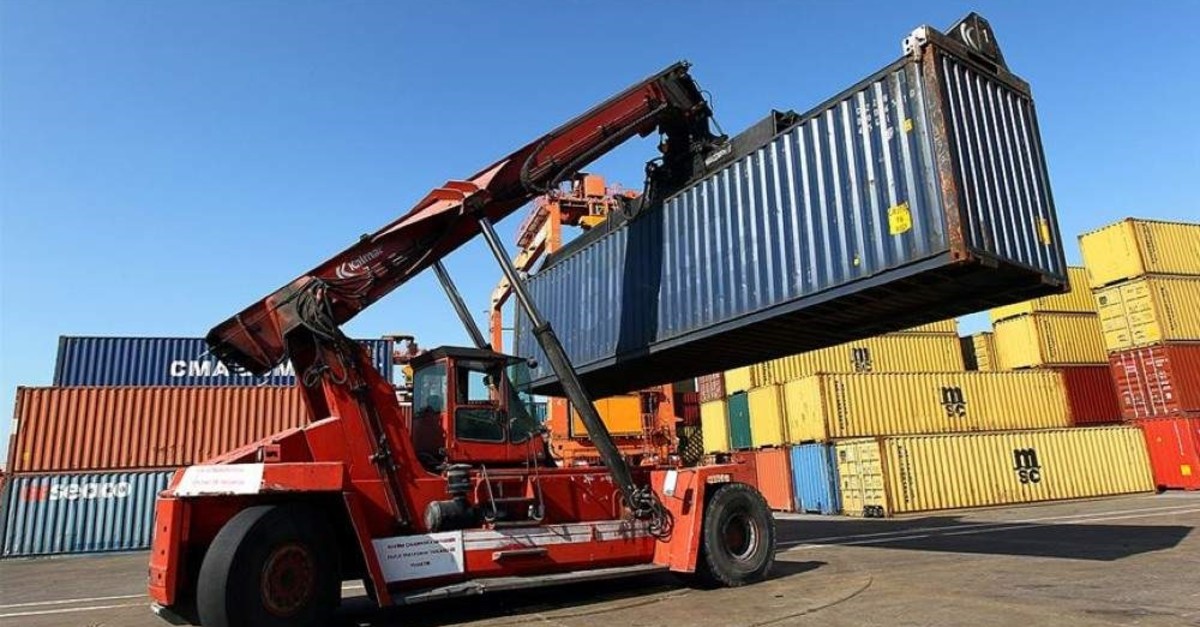 Turkey’s food exports to China, one of the country's biggest export markets, saw a considerable jump in the first 10 months of 2019, according to data released by the Aegean Exporters’ Association (EİB).

While food exports from January to October 2018 to the East Asian nation valued $110 million, exports exceeded $205 million in the same period this year, marking an 86% surge year-on-year.

Turkey is expanding its efforts to grab a larger share of this huge target market, particularly in the wake of Beijing’s broad pledges to continue to open China’s market to Turkish products.

The Turkish business community has been keeping a close eye on China, organizing many business trips to the country in order to boost trade in recent years.

The trade volume between Turkey and China, which stood at $1.1 billion in 2001, reached $23.6 billion as of 2018, according to official data. Despite the importance of the Chinese market for Turkish commercial efforts, the bilateral trade volume has been more in favor of China, with Turkey’s imports standing at over $20 billion, compared to nearly $3 billion in exports in 2018.

This year, the total trade volume reached $15.11 billion from January to September, according to data released by the Turkish Statistical Institute (TurkStat). Turkey’s exports amounted to some $1.89 billion, while its imports stood at nearly $13.22 billion.

The East Asian market has been a target for food exporters looking to expand for many years. The latest figures show that their efforts are now paying off.

The seafood and animal products sector also continued to experience positive gains resulting in $29 million worth of exports to the Chinese market this year, compared to $6.8 million achieved in the first 10 months of 2018.

Turkish companies wishing to increase their exports to China have made sure to attend various trade exhibitions held in the country.

Organizers claim the expo, which continues until Nov. 10, has drawn attendees from over 3,000 companies from 150 countries and regions. Last year, more than 3,600 companies attended CIIE, agreeing to some $57.8 billion in deals.

Turkish companies are scheduled to hold talks with several Chinese companies, including Cofco Sundry, the largest commercial enterprise in the country.

Birol Celep, the chairman of the Aegean Dry Fruit and Products Exporters Association, said that Turkey had strong links with Asian culture. “Turkish exporters need to be patient with this market, as it has high potential,” he told Anadolu Agency (AA). “China has a fruitarian culture, meaning it is a community that loves fruit. We want to use this potential very well. Food exports to China have increased, especially in dried fruits and nuts. The Chinese have a habit of consuming fruit rather than sweet things. Turkey needs to take advantage of this situation.”

Touching on the importance of the expo, Celep said bilateral talks and a signing ceremony will be held in this context with the participation of Deputy Trade Minister Gonca Yılmaz Batur. “China now looks at us warmly as a country. We are obliged to take this warmth more professionally than we did in the past with Europe, and to move forward without lessening this trust,” he concluded.