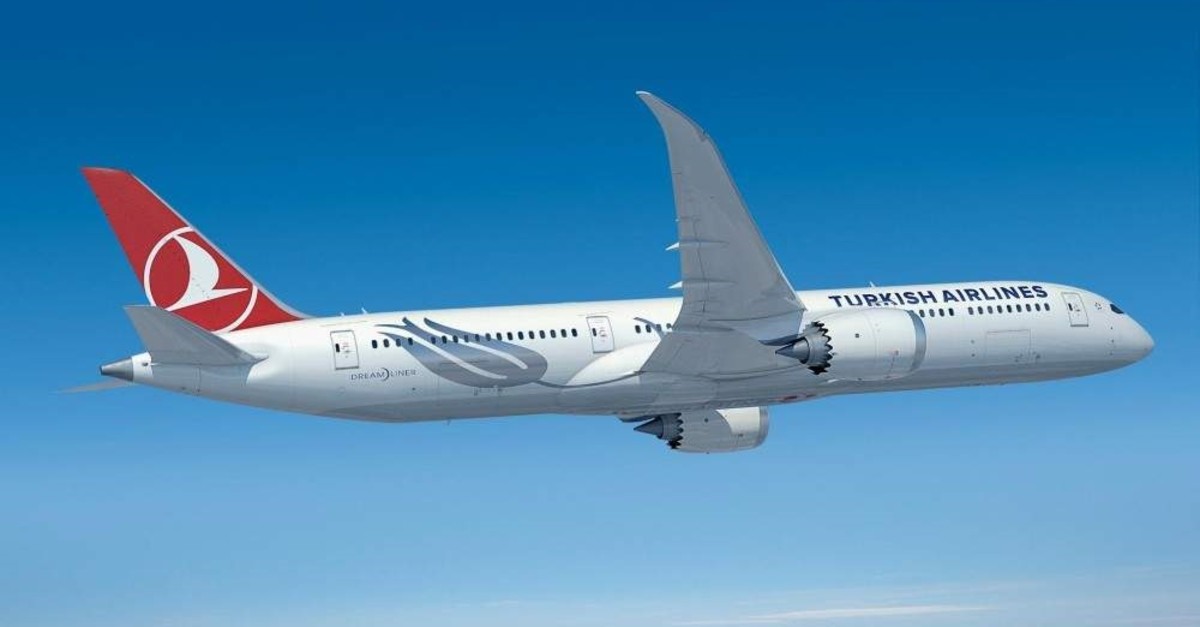 File Photo
by Daily Sabah Nov 08, 2019 1:41 am
National flag carrier Turkish Airlines (THY) posted a net profit of over TL 2.5 billion in the first nine months of this year, the company said on Wednesday.
The carrier posted a profit despite having faced some major challenges throughout this year such as having its 24 Boeing 737 MAXs grounded in the aftermath of two fatal accidents earlier this year and having carried out what is dubbed to be the largest logistics operation in the history of the aviation industry by moving to Istanbul Airport from now-closed Atatürk Airport in April this year.
Announcing the financial results of the third quarter in a statement to the Public Disclosure Platform (KAP), the carrier announced some TL 3.7 billion in net profit in the August-September period.
The company had declared a loss of some TL 1.12 billion in the first six months of this year, thus, together with the financial results of the third quarter, it declared a profit of over TL 2.59 billion in the first nine months of the current year.
THY’s EBITDA margin – earnings before interest, taxes, depreciation and amortization – stood at 32.4%, while its net profit margin was realized as 16.4%.
According to the statement, THY’s turnover in the first nine months increased by 1.8% year-on-year to TL 22.6 billion. It was said that increasing mobility in tourism and a decline in international fuel prices also contributed to the increase in the company’s financial performance.
Taking into account the effects of the MAX crisis and the transfer of operations, THY in September revised its sales revenue target for this year to $13.4 billion from a previous $14.1 billion.
The carrier also revised downward its passenger target to 76 million from 80 million for 2019.
Between January and September, THY served a total of 56.4 million passengers with international passengers rising 2.4% on an annual basis to 33 million.
Turkish Airlines currently flies to more than 319 destinations in 126 countries. Founded in 1933 with a fleet of five aircraft, the carrier currently has over 340 aircraft, including passenger and cargo planes.
The company announced yesterday it will launch service to Xi'an in northwestern China at the end of the year to mark its 20th anniversary of operations in China.
Xi'an will be the carrier's fourth destination in China, it said in a statement. Flights will initially be offered three times a week, with the number set to rise as summer 2020 approaches. With this new destination, the number of Turkish Airlines reciprocal flights to China will climb to 24.
"We expect the Xi'an flights will contribute to the ties of tourism, trade, culture and the economy between the two countries," said İlker Aycı, Turkish Airlines’ chairman.
Last Update: Dec 20, 2019 1:31 am
RELATED TOPICS