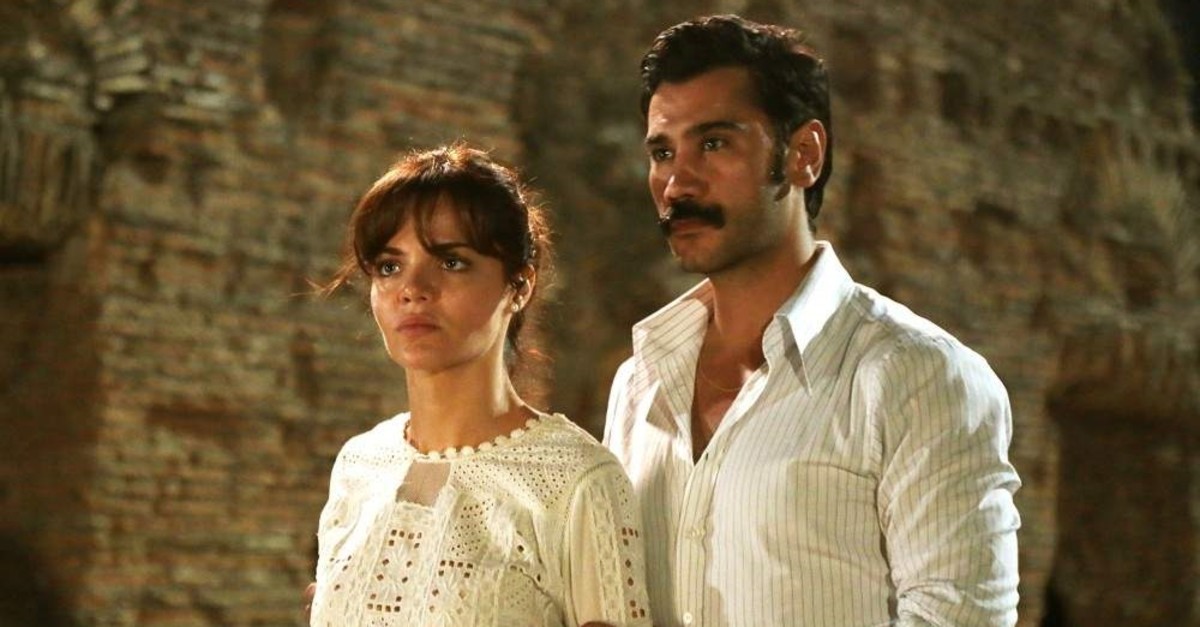 Aired in nearly 150 countries around the world, Turkish TV series raise interest in Turkey's products, therefore making a significant contribution to the sales of goods and services to the countries where Turkish dramas are a big hit

Turkish TV series draw great interest in overseas markets and contributes to Turkey's image and promotion of its products in the countries where they are aired. With that, the shows play an effective role in increasing Turkey’s services and goods exports.

According to estimates, the export of Turkish dramas reached $500 million last year.

While the share of the film and television sector in the national economies is increasing day by day, the sector stands out as an industry branch with an increasing value.

According to Trade Ministry data and sector representatives about 50 to 70 new TV series are aired on television channels or platform sites each season.

The sector is also growing with the interest of Turkish audiences and the success of exports.

Turkish-made shows have been screened in many continents from the Middle East to the Balkans, from Africa to Central Asia, the Far East, and South America, reaching some 700 million people in nearly 146 countries. Turkey ranks second after the U.S. in global TV series exports.

Turkish TV shows, which have become one of the most-watched productions in the countries where they are aired, are effective in increasing the export of goods and services by contributing to Turkey's image and the promotion of its products in those countries.

A steady increase has been achieved in the last three years in the export of goods to Venezuela, Brazil, Peru, Paraguay, Dominican Republic, Argentina, Uruguay and Chile from Latin America and Caribbean countries, where many Turkish series are aired.

Turkish exports to Egypt, where the country’s dramas are a big hit, have recorded steady rises despite souring political relations. According to the data of the Turkish Exporters Assembly (TİM), Turkish exports to the North African country came at $2.6 billion in the January-October period this year with a 6.5% rise compared to the same period of last year. In a similar vein, the sale of goods and services to the United Arab Emirates (UAE), where the officials called for boycotting Turkish TV series a number of times, rose by 11.8% in the same period and hit $1.7 billion. Moreover, exports to Saudi Arabia, where Turkish TV series are high on demand, increased 26% in the first 10 months of this year compared to the same period last year. Exports to the Gulf nation totaled over $2.6 billion.

These productions are broadcast in Latin America as well as in Africa, Western Europe, Central Europe, and the Balkans. For example, exports to Spain, where “Kara Sevda” (Endless Love) and “Kara Para Aşk” (Black Money Love) are broadcast, climbed 55% in 2018 compared to 2016. The series "Sıla" and "Sen Anlat Karadeniz" ("Lifeline") were also a huge success on Spanish TV channels.

“Kara Sevda,” “Kara Gül” (Black Rose), and “Bir Zamanlar Çukurova” ("Once Upon a Time in Çukurova") have been exported to Romania, Croatia, Montenegro, and Serbia, influencing Turkish products and trends in these countries. The exports to Montenegro rose by 70% in the first 10 months of this year compared to the same period of last year. The total value of Turkish exports were calculated at $105 million, TİM data revealed. Furthermore, Turkey's exports to Serbia also moderately rose to $786.5 million in the said period from $729 million in the first 10 months of last year.

In Africa, Turkish TV series also have a huge fan base. Exports of goods to many of these countries have also increased in the last three years. Exports to Senegal, Tanzania, and Kenya, where “Kara Para Aşk” were sold, increased 153%, 134%, and 63%, respectively. Exports to Morocco, which airs “Forgive Me” ("Beni Affet"), exports soared 35% in the same period.

With Turkish series being especially popular in South American countries, the number of tourists coming from this region increased by 46% as of last year.

Meanwhile, sector representatives are expecting positive developments in the export of service sectors such as health and education tourism, gastronomy and passenger transport to the countries importing Turkish TV series.