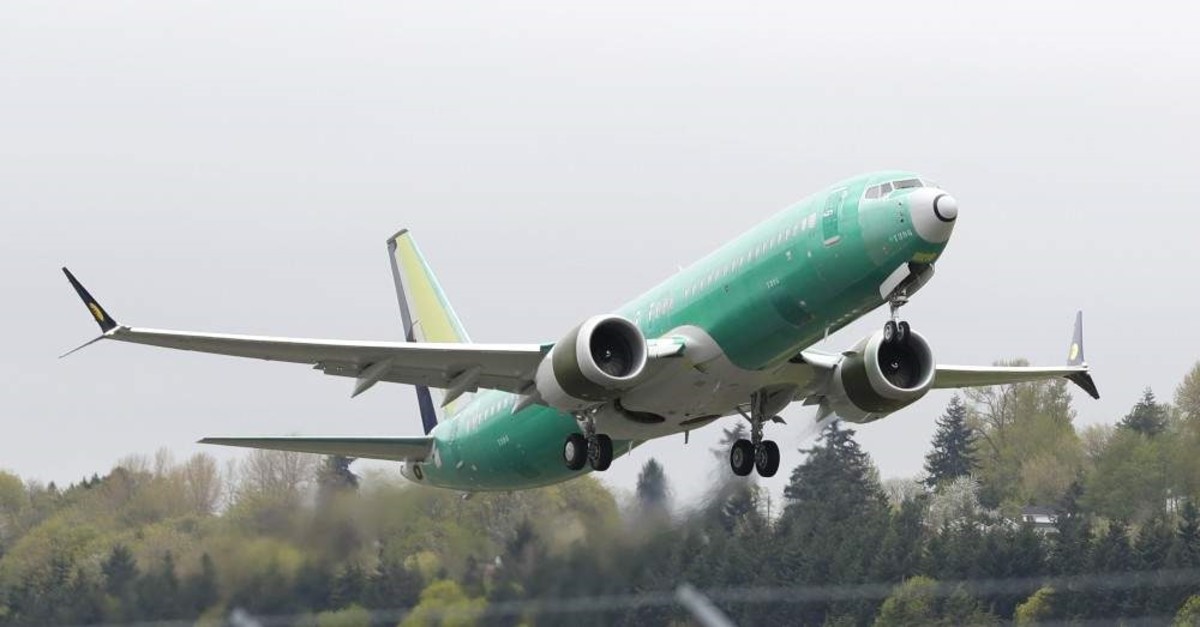 In this April 10, 2019, file photo a Boeing 737 Max 8 airplane being built for India-based Jet Airways, takes off on a test flight at Boeing Field in Seattle. (AP Photo)
by Associated Press Nov 18, 2019 3:07 pm
Turkish-German carrier SunExpress announced it will be buying 10 of the troubled Boeing 737-8 Max jets, grounded globally after crashes, worth $1.2 billion.
SunExpress, a joint venture of national flag carrier Turkish Airlines (THY) and German airline Lufthansa based in the Turkish coastal city of Antalya, said on Monday this brings its Max fleet order to 42 overall. The order was for the 737 Max 8 valued at $1.2 billion at list prices.
SunExpress CEO Jens Bischoff made the announcement at the Dubai Airshow. He said it would add to 32 already on order. The deal has a list price of $1.2 billion but manufacturers typically offer better prices.
The planes have been taken out of service after crashes in Indonesia and in Ethiopia killed 346 people. It is unclear at what price the airline agreed to. Boeing is currently in talks about compensation with airlines impacted by the grounding of the aircraft and has agreed to settlements with many families of victims on the two Max jet flights that crashed.
Last Update: Dec 20, 2019 1:45 am
RELATED TOPICS