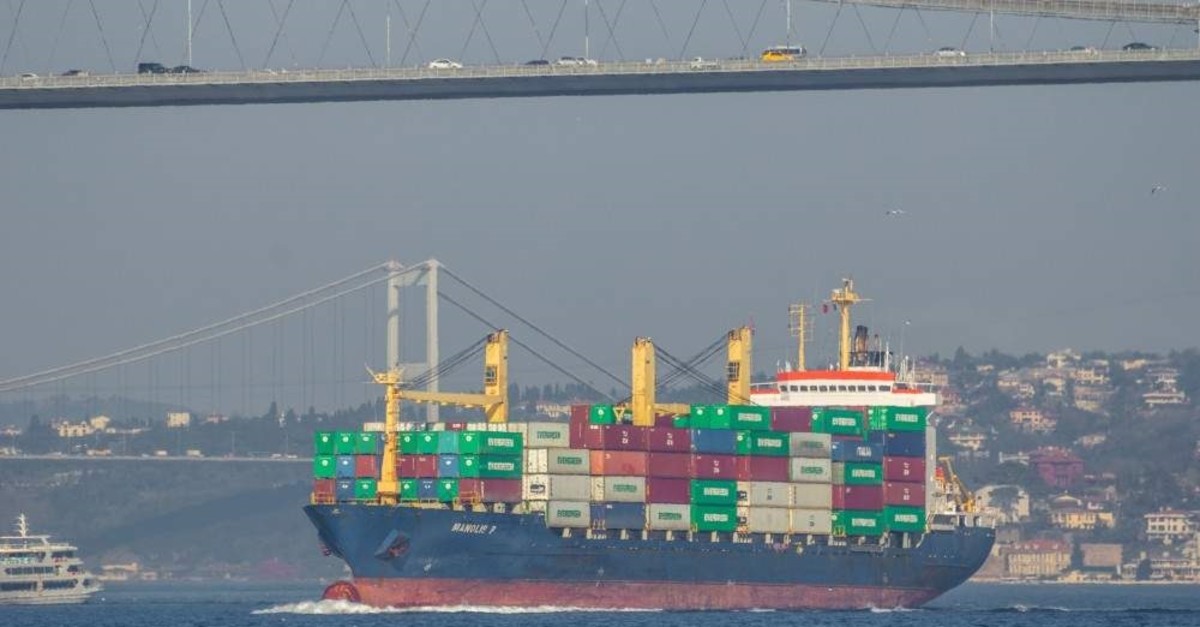 Parallel to the rapid surge in investments in African countries, one of the fastest-growing economies in the world, Turkey achieved around $11.5 billion in exports of mostly industrial products to Africa in the first nine months of the year, according to official figures.

The United Nations General Assembly declared Nov. 20 as Africa Industrialization Day in 1989. The day was meant to be a platform for key stakeholders to reflect on Africa’s industrialization by looking at how the continent can change its current status quo.

This year, the celebration of African Industrialization Day, themed “Positioning African Industry to Supply the African Continental Free Trade Agreement (AfCFTA) Market,” looks to raise awareness in the international community about the challenges and opportunities for Africa's industrialization within the framework of the newly created African Continental Free Trade Area.

In this context, AfCFTA will be the center of focus as well as the opportunities it offers for industry and trade companies in Africa. Policymakers, development partners and private sector representatives will come together to raise awareness of the AfCFTA in the international community and its impact on development.

Turkey's relations with Africa continue to grow in many areas, such as diplomacy, economy, investment and cooperation.

They have gained momentum in many sectors, particularly politics, trade and investment, within the framework of Turkey’s open policy with Africa, which dates back to the Action Plan adopted in 1998. As part of the efforts to further develop the Turkish-African partnership, the “African Strategy” was announced in March 2010, leading to deepening and diversification of ties in all areas.

Alongside Brazil, India and China, Turkey has been among the top four countries with the highest assets in Africa in the last decade.

According to the 2019 Foreign Economic Relations Board (DEİK) Foreign Investment Index, foreign investments from Turkey to Africa reached $46 billion with an increase of 11% in contrast to the recession in global investment flows last year after the decline in 2016 and 2017.

Global companies have increased their raw material investments in the continent, while Kenya, Morocco and Tunisia have come to the fore with the investments they attracted. Investments in the Republic of South Africa also showed an upward trend last year, following a low performance in recent years.

The business environment in sub-Saharan Africa, growing regional mobility, rapid urbanization and population growth are increasing the demand for products and services produced on the continent. With the spread of AfCTA policies and practices, foreign investment is expected to increase in the short term, especially in the field of natural resources and energy.

According to Turkish Statistical Institute (TurkStat) data, the Turkey-Africa trade volume increased by 14.1% last year compared to 2017, reaching a record level of $21.5 billion. Turkey's trade volume with Africa steadily increased more than threefold as it was only $5.4 billion in 2003; in 2015 the volume exceeded $17.5 billion.

As for this year, Turkish companies generated $11.5 billion in exports to Africa in the first nine months, achieving the highest foreign sales in the first three quarters. During this period, imports from Africa stood at $4.3 billion.

In the first three quarters of the year, steel, chemicals, chemical-related products, the automotive industry, cereals, pulses, oil seeds and related products, machinery and components took the lead in Turkey's exports to Africa.

Meanwhile, industrial products accounted for about $10 billion of Turkey's overall exports to the continent in the January-September period

Among the fastest-growing economies in the world this year are South Sudan with 7.9%, Rwanda with 7.8%, the Ivory Coast and Ghana with 7.5%, and Ethiopia with 7.4%.

Tamer Taşkın, the coordinator of the DEİK Turkey-Africa Business Councils, told Anadolu Agency (AA) that investment and dynamism, especially in sub-Saharan Africa, continued rapidly regardless of political turmoil in the world.

“When the prices of oil, raw materials, underground wealth and agricultural products rise in the world, the wealth Africa gains by exporting them increases tremendously. Therefore, we see Africa as the continent with the highest potential when entering 2020,” he said.

Taşkın noted that the establishment of a customs union with AfCFTA on the African continent would please Turkish companies investing in Africa in terms of providing services to the whole continent. “This supports Turkish companies, who see the dynamism and vitality of the market, go and invest in certain strategic countries of Africa, providing a great future for our industrialists who invest in Africa,” he continued.

He also had some suggestions for Turkish industrialists planning to invest in the continent. “They should revise and form their export teams, benefit from African youth who have graduated from Turkish universities in the continent they are addressing and expand their visits to Africa. The state gives our industrialists travel fees and offers green passports to those investing $500,000,” Taşkın further stressed.

Pointing out that hundreds of businessmen have established small and medium-sized enterprises in Africa, including Turkish investors who have built huge factories producing products like iron, steel and white goods, he explained that Turkish contracting companies operate in many areas, such as infrastructure, ports, roads, dams, stadiums and hospitals in the continent.

“The growth in contracting services in the continent also improves the export of hundreds of products such as cement, glass, construction iron and ceramic used in this sector to the continent,” he said and pointed to financing as the only problem for contracting companies doing business in Africa.

“Embassies and Turkish Airlines (THY) that provide our transportation have a great impact on the success achieved in Africa. It is the Turkish banking sector that should now enter Africa. The lack of a bank there leads us to foreign banks. The commissions are a major obstacle,” he added.

Taşkın stated that a target of $50 billion in foreign trade was set for 2020 with Africa. “I hope we can reach and multiply this goal next year. Whatever sector invests in Africa succeeds. We need to get into the pace of the continent. The African market is not a replacement for the European market, but a new one. We have to spend a lot of time in Africa,” he underlined.

Taşkın also pointed out that DEİK and Turkey-Africa Business Councils will organize the 3rd Turkey-Africa Economy and Business Forum, which will be an important platform for the realization of this target, in Istanbul in 2020. He also stressed the forum, which aims to further develop bilateral economic relations with the continent, will provide a meeting place for business circles from African countries and their Turkish counterparts.