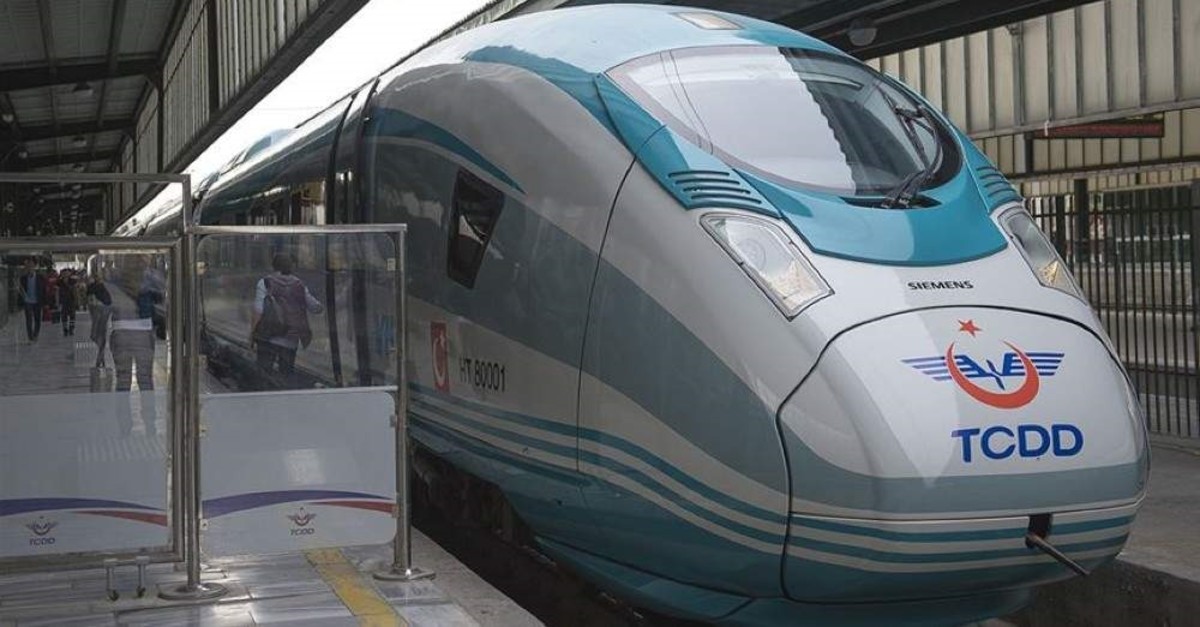 The Doğançay Relocation Project, which is part of the Ankara-Istanbul high-speed train (YHT) line, will shorten travel time between Turkey’s capital and the country's largest metropolis by at least 30 minutes, Transportation and Infrastructure Minister Cahit Turhan said yesterday.

The project consists of three stages and will include tunnels. Construction work is currently ongoing on the Sapanca-Geyve line located in northwestern Turkey’s Sakarya, Turhan told Anadolu Agency (AA).

“The first stage of the relocation, a 14-kilometer-long section, is scheduled to be completed and put into operation by the end of 2020. It will shorten travel time between Ankara and Istanbul by 10 minutes. Once all phases are completed, the travel time between the two cities will be reduced from four-and-a-half-hours to four hours,” the minister added.

The relocation route with a round trip length of 28 kilometers has two culverts and eight underpasses and overpasses, according to Minister Turhan.
He said the first part of the project, the excavation and coating of the tunnels and construction of five viaducts on the main line and conventional connection were already completed.

Turhan added that progress on the superstructure, electrification, signaling and telecommunication works was at 15%.

Turhan said trains have welcomed more than 52 million passengers to date and that the YHT serves between 22,000 and 25,000 passengers every day with its 1,213-kilometer network.

In recent years, Turkey has carried out a series of high-speed railway projects, starting with the opening of the Ankara-Eskişehir line in 2009. In 2011, it opened the 200-kilometer-long Ankara-Konya line, followed by the Eskişehir-Konya line in 2013 and Eskişehir-Istanbul and Konya-Istanbul lines in 2014.

Turhan added that the YHT currently operates 19 high-speed train sets while the first of another 12 train sets from Siemens have been delivered and will enter service next year.