Exporters increase their sales of sea snails by 20% 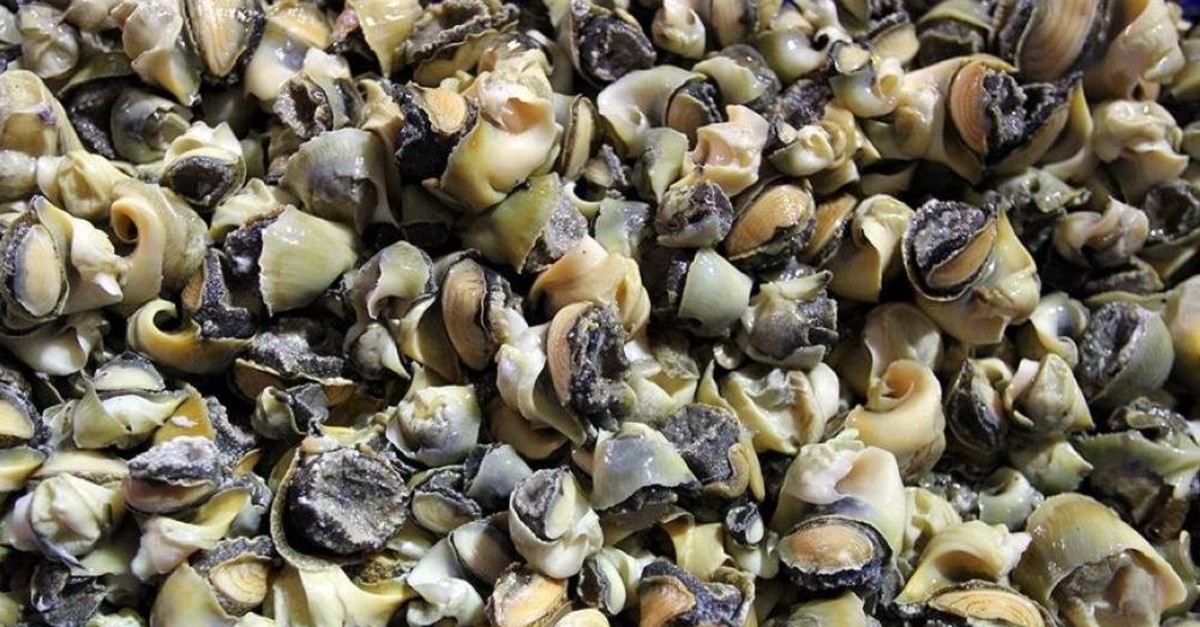 Turkey's sea snail exports increased by 20% in the January 1-November 15 period compared to the same period of the previous year.

The country exported 2,513 tons of sea snails to six countries, generating $18.2 million in revenue, according to data compiled from the Eastern Black Sea Exporters Association (DKİB).

Over the same period last year, 1,973 tons of sea snail exports brought in some $15 million in revenue. Thus, showing an increase of 27% in quantity and 20% in value year-on-year.

South Korea topped the market of sea snail exports, with 1,360 tons bringing in $9.9 million in revenue. Some $9.7 million was obtained in revenue from the export of 1,220 tons of sea snails to the East Asian nation in the same period last year. Thus, exports climbed 11% in quantity and 2% in value compared to the same period of the previous year.

Turkey also generated $3.9 million from sea snail exports to Japan, $2.7 million to China, $1.5 million to Taiwan, while it also managed to carry out sales to Iraq and the U.S., where no sales had been made in the previous year. The Black Sea region alone generated $12.9 million in revenue from the export of 1,781 tons of sea snails to four countries over the said period. Compared to last year, the region went on to increase its foreign sales by 28% in quantity and 22% in value.

Most of its exports went to South Korea ($8.6 million), followed by China ($2.6 million), Japan ($1.3 million) and Taiwan ($326,620). Elaborating on the data, DKİB Chairman Saffet Kalyoncu said that despite no consumption of sea snails in Turkey, its exports were at the forefront.

Remarking on the increase in sea snail exports from Turkey and the region, Kalyoncu said that exports beyond East Asian buyers, exports were also made to Iraq and the United States. Kalyoncu also noted that Trabzon-based companies were spearheading sea snail exports in Turkey.

“For years, our exporters have processed and converted the sea snail with no possibility of consumption in our country to value with great effort by introducing it to the world table and has had a say in export,” he continued. “In addition to bringing foreign currency to our country, it has employed thousands of people in this sector, also contributing to the marine ecological balance by regular hunting of sea snails.”

Kalyoncu said that the exporters process and sell the meaty parts of sea snails and also convert the shell and inner membrane parts into value and export them abroad.

“With the processing methods of our exporters that add quality and value, our sea snails have become the most popular among Far Eastern nations, which is quite pleasing to us. We believe our export potential will increase gradually,” he said.