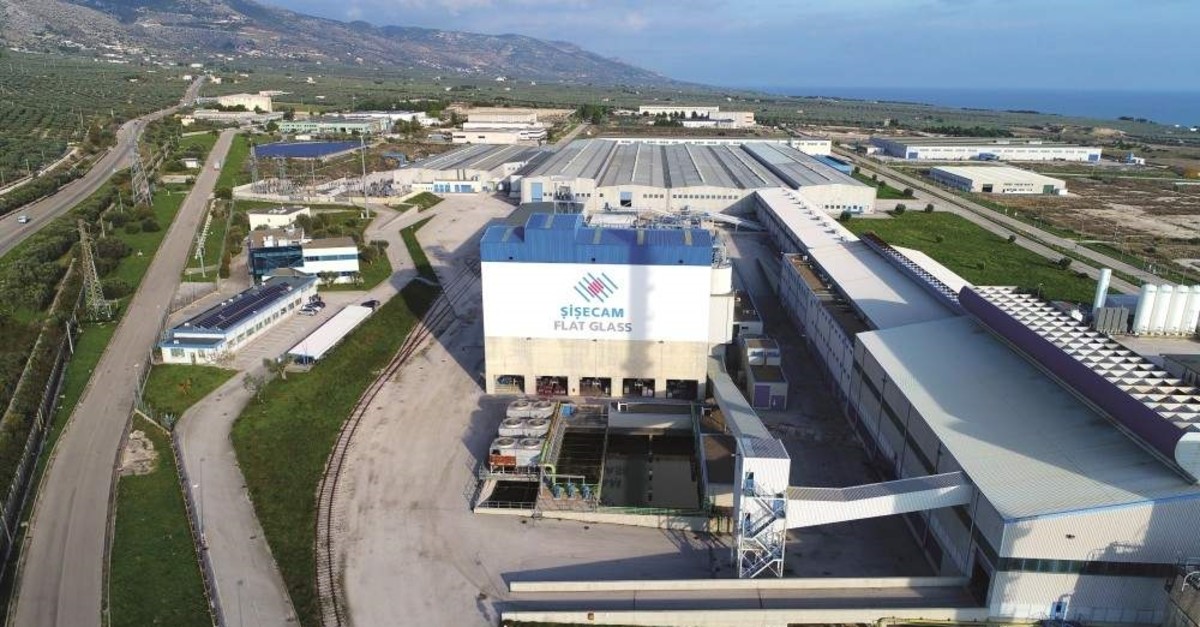 Glass manufacturer ?i?ecam's newest facility in Puglia, Italy.
by Daily Sabah Dec 01, 2019 7:34 pm
Şişecam Group, one of the leading companies in the world covering all areas of glass such as flat glass, glassware, glass packaging, glass fiber and soda, and chrome compounds, has inaugurated its second flat glass investment facility in Italia in Manfredonia.
The opening ceremony of the Manfredonia facilities located in Monte Sant'Angelo in Puglia, Italy, was hosted by Şişecam Group Vice Chairman and General Manager Ahmet Kırman, and attended by Italian Prime Minister Giuseppe Conte, Turkey's Ambassador to Rome Murat Salim Esenli, Puglia Regional President Michele Emiliano and Monte Sant'Angelo Mayor Pierpaolo D'Arienzo.
Speaking at the opening ceremony of the facility on Saturday, Conte said that he attended the ceremony to show the special importance his government attaches to the development of the southern part of the country.
Extending thanks to Kırman for the investment, Conte stated, “Şişecam has come with a sustainable project both economically and environmentally and taken an important step by putting this facility into operation. Şişecam Group will also be very pleased with this investment.”
Esenli emphasized that the presence of Şişecam, a Turkish company, in Italy is an indication of the economic power and the visionary perspective of Turkey, adding, “It is also a manifestation of the synergy existing between Italy and Turkey. I would like to consider the attendance by Prime Minister Giuseppe Conte in such an important opening as an indication of the importance he and the government he represents to relations and cooperation with Turkey.”
Kırman noted that Şişecam, a global player in the glass and chemical industries, has created social and economic value in all the regions in which has been operating.
He underlined that Şişecam continues to grow in line with its performance-based investment policy with a view to becoming one of the world’s largest three producers in the main areas of activity, adding: “Including our recent soda investment in the U.S., we are operating in 14 countries on four continents, bringing our innovative products to our customers in more than 150 countries and providing jobs to 22,000 people. We are the third-largest manufacturer of glassware in the world, the fifth-largest in glass packaging and the fifth-largest in flat glass. In addition to being the seventh-largest producer of synthetic soda in the world, we are the world leader in chromium chemicals.”
Pointing out that they have started the Manfredonia facility through investment in renovation and modernization in a short time, Kırman said: “Along with additional investments, we have invested more than 55 million euros in the facility, including purchase price and business capital.”
The Turkish glass manufacturer has also facilities in Russia, India, Georgia, Egypt, Bosnia-Herzegovina, Germany, Slovakia, Romania, and Bulgaria.
Last Update: Dec 20, 2019 2:04 am
RELATED TOPICS