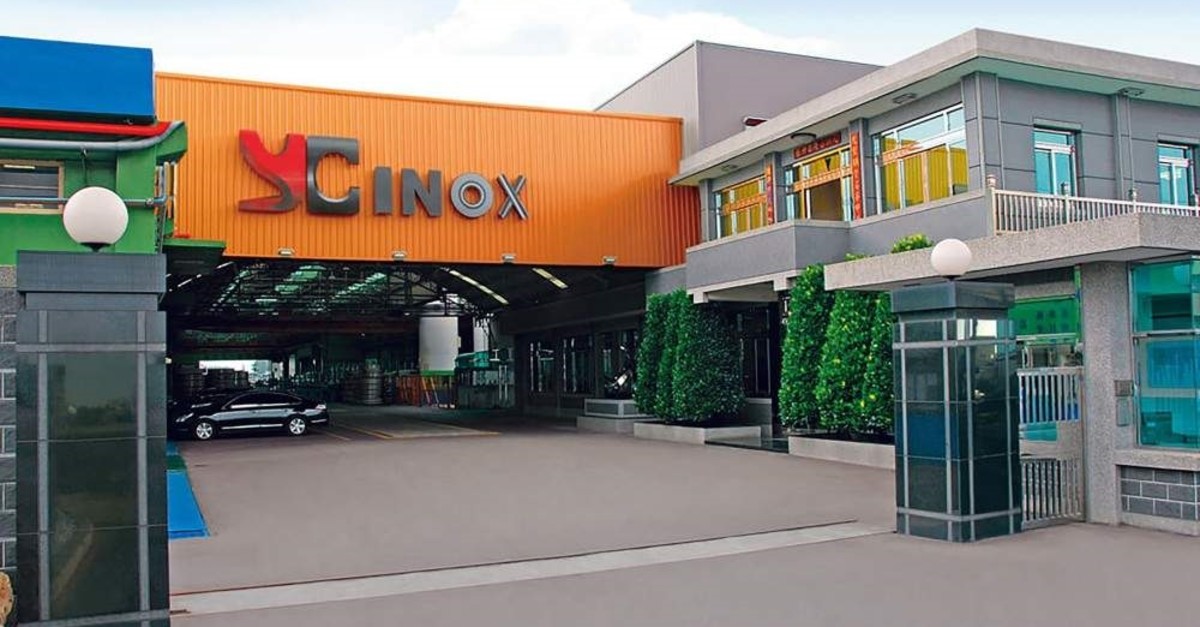 The Taiwanese steel manufacturer's new plant in the industrial northern Marmara district of Dilovas? is expected to employ 300 workers in the initial phase.
by Feride Cem Dec 11, 2019 8:04 pm
Taiwanese steel giant YC Inox is set to build a factory in Dilovası for $80 million. A total of 300 people will be employed in the factory which will start trial production in 18 months. The Taiwanese company also plans to establish a service center in Turkey.
Taiwan Foreign Trade Development Council President Walter Yeh announced the details of the investment in Turkey. Following the world’s leading steel companies, ArcelorMittal of India, Thyssenkrupp of Germany, POSCO of South Korea and MMK of Russia; Taiwan's YC Inox Co, one of the world's five largest steelmakers, is also counting down the days to invest $80 million in the Dilovası district of Kocaeli.
Dilovası Machinery Specialized Organized Industrial Zone Regional Manager Yaşar Yalamanoğlu said that YC Inox contacted them via the Presidential Investment Office, noting, “With the Northern Marmara Highway investment, the transportation opportunities of our organized industrial zone have become more attractive. The Taiwanese company will manufacture stainless steel pipe here.”
Pointing out that Dilovası hosts giant investors from Germany, Russia, Sweden and India, Yalamanoğlu stated that the project is of great importance as it is the first investment from Taiwan.
Dilovası Machinery Specialization Organized Industrial Zone Chairman Sedat Silahtaroğlu stated that it is very important for the Taiwanese to reach the European market.
“We have received investment from the largest manufacturing market in the world. They will reach the European market with their qualified production here,” he added
The giant investment, which will be made in an area of 55,000 square meters in the Dilovası Machinery Specialization Organized Industrial Zone, will start in the first quarter of 2020 and the trial production will begin in 18 months. The investment, aimed at exports as well as the domestic market, will provide employment for 300 people in the first place. The Taiwanese company, which also plans to establish a service center in Turkey, has designed the factory accordingly.
Last year, Taiwan Cement Corporation, one of the leading cement manufacturers in the Far East, acquired 40% of OYAK cement's shares for $640 million.
Ayhan Zeytinoğlu, president of the Kocaeli Chamber of Industry, stated that it is very valuable that the Taiwanese company has invested in Turkey. “Our economy has made its biggest leaps during periods when foreign investment is at its highest. There has been an increase in foreign investments recently. It is very important that the Taiwanese have made a greenfield investment. This is an indication of their confidence in our national economy,” he remarked.
Last Update: Dec 20, 2019 2:19 am
RELATED TOPICS