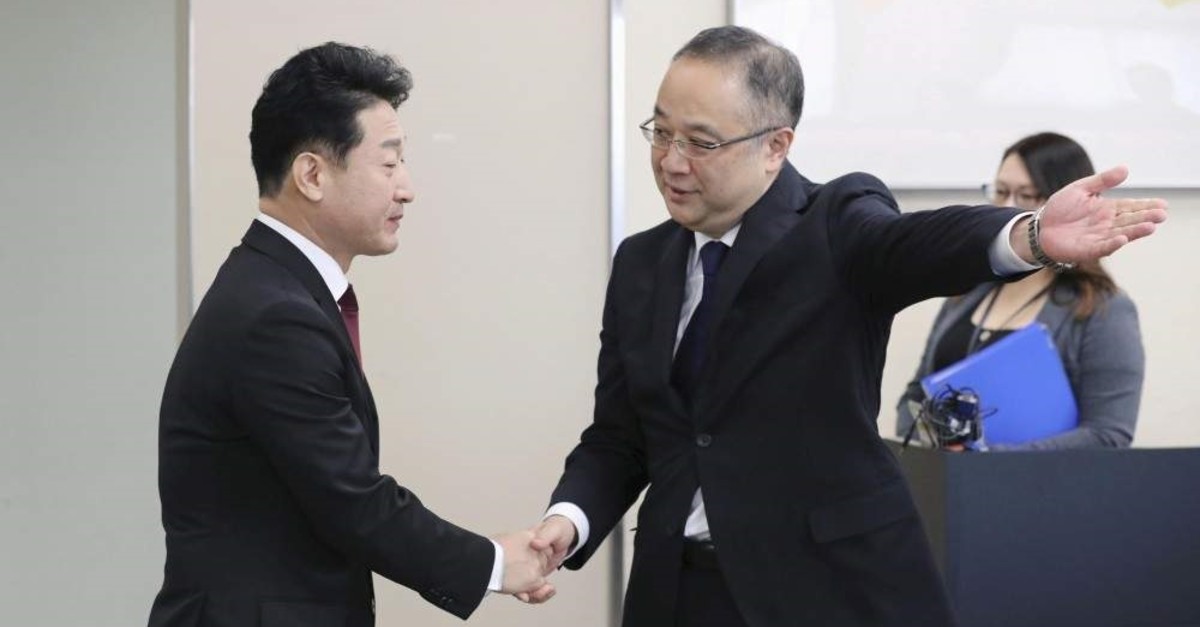 The first meeting between senior Japanese and South Korean trade officials since Japan imposed controls on exports of high-technology materials to its neighbor ended hours later than scheduled Monday, with the two saying they had reached "common ground" and agreed to talk again.

Testy relations between the two U.S. allies sank to a new low in July after Japan imposed curbs on exports to South Korea of three materials used to make semiconductors, threatening a pillar of its economy and the global supply chain of chips.

Japan cited its concern regarding insufficient South Korean controls on the materials for the move in July, although the curbs came as relations soured over a dispute over Japan's wartime actions.

The two made no comment as they shook hands at the beginning of their meeting, but the talks ran more than three hours over schedule and Japanese Trade Minister Hiroshi Kajiyama said there was "progress," adding the next dialogue would be held in Seoul in the near future.

"These policy talks were the first ones for three-and-a-half years, and we verified each others' position," Kajiyama told reporters in brief, late-night remarks after the talks broke up. "We'll make a judgment after building on this."

The ministry later said in a statement that the 10 hours of talks had been broad and the two shared the opinion that, given the current international security situation, promoting "effective" export controls was essential.

South Korea's trade ministry said they had reached the "common ground" that the two nations needed to pursue effective management of export systems and that they would continue talking to resolve outstanding issues.

"We explained that it is necessary to return to the situation before July 1 as soon as possible and that will be a crucial step to stronger cooperation between the two countries going forward," Lee told a news briefing.

"There were differences in perceptions to some extent, but overall I can tell you that there was enhanced understanding."

The mood after Monday’s lengthy talks contrasted with the frosty meeting in July, when Japanese officials briefed their Korean counterparts on their decision in a small room with no refreshments, an atmosphere criticized by South Korea as lacking courtesy.

The dispute centers on Japan's imposition of tighter rules on its exports and its removal of South Korea from its list of countries with fast-track trade status. South Korea responded by dropping Japan from its favored trade list and threatening to end security cooperation.

Relations between the neighbors have been plagued with bitterness for years over Japan's colonization of the Korean peninsula from 1910 to 1945, which saw forced use of labor by Japanese companies and the use of "comfort women," a Japanese euphemism for girls and women, many of them Korean, forced to work in its wartime brothels.

Japan believes the issue was settled under a 1965 treaty and that the court ruling violated international law.

The trade dispute has raised fears about security cooperation, although South Korea, under pressure from the United States last month, decided to retain an intelligence-sharing pact with Japan that it had threatened to end.