Some 1,000 minivan owners to file lawsuit against Uber 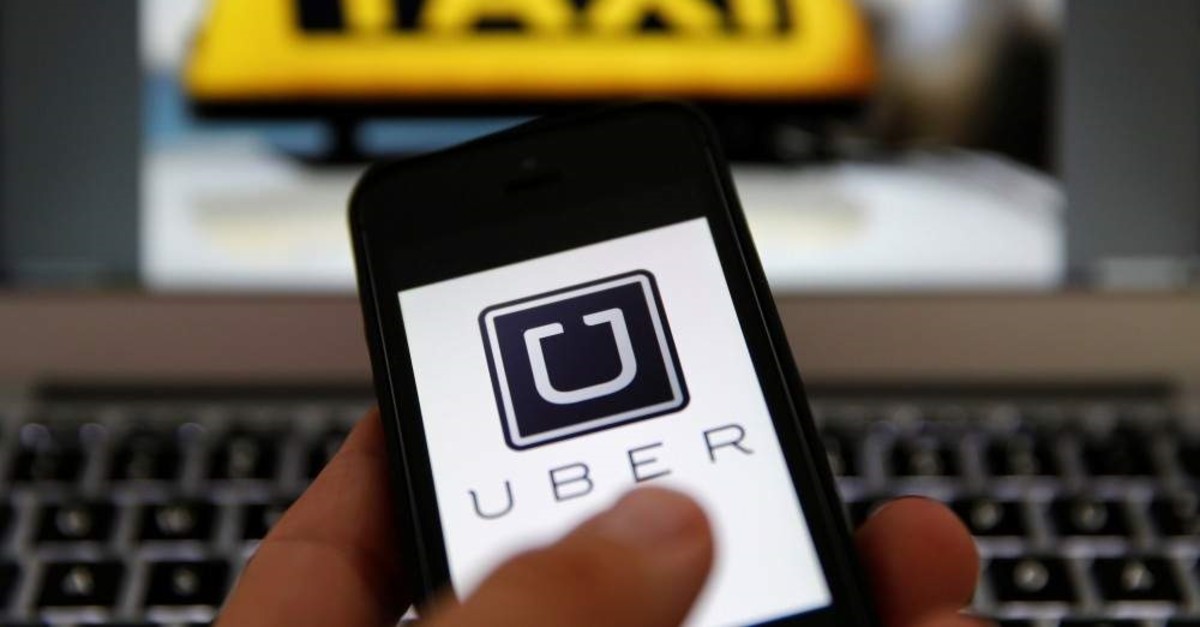 FILE PHOTO: An illustration picture shows the logo of the car-sharing service app Uber on a smartphone next to the picture of an official German taxi sign in Frankfurt, Sept. 15, 2014. (Reuters Photo)
by Daily Sabah with DHA Dec 24, 2019 7:29 pm

Around 1,000 vehicle owners and drivers in Turkey are preparing to file a lawsuit against U.S.-based ride-hailing service, Uber.

The owners and drivers claimed they were "aggrieved" after the company suspended its XL services in Turkey "without any justification."

The lawsuit is said to come after many, encouraged by incentives promised by Uber, decided to buy XL vehicles to serve residents and tourists in the country's largest city. The owners, however, suffered great losses after the company announced the termination of its UberXL services in Turkey this May. The company said it would continue its operations with its yellow and turquoise taxi service to Istanbul residents and tourists.

Since its foray into the Turkish market in 2014, Uber offered serious incentives to vehicle owners and drivers about buying and investing in vehicles, namely minivans, said Samet Gülaydın, one of the lawyers hired by the members of the Uber Victims Platform.

"As a result of Uber abruptly ceasing these services without any justification, those who bought vehicles for Uber services, particularly vehicle owners, have suffered great losses," Gülaydın told Demirören News Agency (DHA) yesterday.

An Istanbul this October ruled on unfair competition and banned access to Uber's mobile application in Turkey.

As in other countries, Uber has faced the anger of cab drivers in Turkey since entering the market in 2014.

Uber's operations in Turkey have sparked a lot of controversies, with taxi drivers protesting against what they said was unfair competition and illegal business practices by the ride-sharing service. Taxi associations in the city filed a lawsuit against the popular app, calling to block access to the app and seeking damages to their business.

"Uber started operations in Turkey, but unlike other countries, only 'Uber X Large' vehicles were used in Turkey. The cab drivers sued Uber for alleged unfair competition. Uber halted its operations without any justification ... The subject of our lawsuit is the compensation for the losses that were incurred as a result of Uber's withdrawal from the market and halting services without showing any justification. In fact, we are here suing for drivers and vehicle owners for a loss of interest," Gülaydın said.

Alparslan Saraç, another lawyer of the platform, however, said Uber's withdrawal from Turkey was not entirely true. "Uber is keeping its system active but has changed its co-workers in one day. As of the end of May, it is only working with legal cab drivers and the system is open to them alone," Saraç noted.

He stressed Uber drivers had bought vehicles with credit and they cannot work because there is no other rental system like Uber, and there has been a very serious drop in the price of their vehicles.

After meeting with Uber drivers, Saraç said they will file the lawsuit at the end of this month. He said their clients suffered great losses. "Unfortunately, people have committed suicide after they failed to pay their debts."

He claimed that Uber issued verbal and written statements saying they would reach out to the former employees. "'We will be back soon,' they said, but they did not do so. After a while, they cut off communication and ignored the victimization. We hope this lawsuit process will be useful both in terms of compensation for the victimization and will solve this social problem. Currently, there are about 1,000 people preparing to sue and there are nearly 10,000 people using Uber," Saraç said.

Former Uber driver Hasan Bağış said Uber made great promises to drivers. "A lot of people like me started buying vehicles as a result. One morning, with a sudden message, Uber let everyone down, saying it has stopped all its operations in the country and would work with cab drivers only. The sales value of the vehicles dropped considerably when the system stopped. They asked us for 'X Large' vehicles and various certificates. As I have said, when they stopped operations and started working with cab drivers, we were very aggrieved," Bağış added.