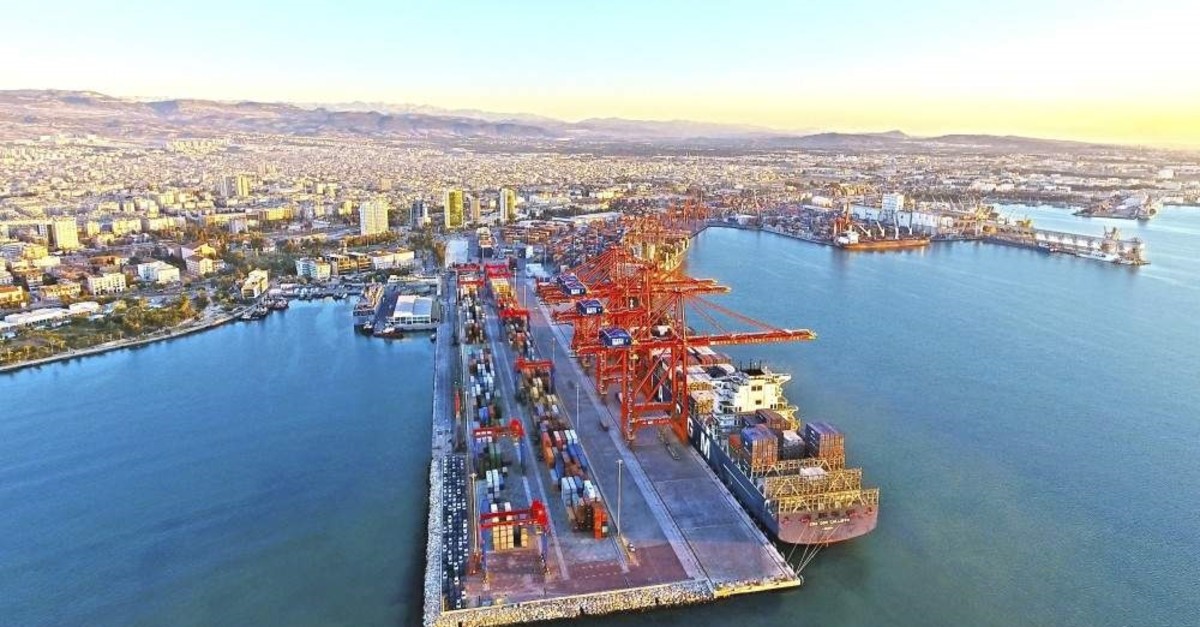 In order to take a larger share of the global trade, Turkey has prepared a new logistics master plan that will ensure better integration of various transport modes into the organized industrial and free trade zones

In order to increase its competitiveness in foreign trade and ensure better integration of all transport networks into commercial operations, Turkey will establish logistic centers stretching along 294 kilometers of junction line, including organized industrial zones, ports and free trade zones.

At the launching ceremony of Turkey's Logistics Master Plan in Ankara on Wednesday, Industry and Technology Minister Mustafa Varank stressed that his ministry and the budget and strategy directorate of the Transport and Infrastructure Ministry carried out a joint survey to examine the possibilities of transport modes and their integration into the railways. "As part of the study, we have set the goal to establish logistic centers in the strategic organized industrial zones and free trade zones to further strengthen our industrial power," Varank remarked.

The new Logistics Master Plan, created with the coordination of the Trade Ministry, Industry and Technology Ministry and Transport and Infrastructure Ministry, primarily aims to increase the efficiency of logistics services, identification of alternative transport routes and establishment of new logistics hubs.

In his address, the industry and technology minister drew attention to the fact that the economic center of gravity is shifting toward the east from the west. He further highlighted that the Chinese-led Belt and Road Initiative is transforming the logistics infrastructure of the countries through which the massive initiative passes. Varank argued that the project therefore opens the gate to new markets, introducing new modes of doing business, and brings new dynamics into the economy. Turkey, he added, must play a leading role in the emerging markets by unleashing its existing superior qualities.

In reference to the outstanding development of Turkey's transport infrastructure, the minister maintained that the enhanced network has fortified the country's strategic location, boosting economic growth and employment by way of reviving trade and investments.

For her part, Trade Minister Ruhsar Pekcan stated that a large portion of Turkey's foreign trade is carried out by sea while the country depends on road transport for regional deliveries. "It is important for our export targets to make this outlook more balanced with the breakthroughs in logistics, to increase the share of railway transportation in our foreign trade and to reduce domestic transportation costs," she added.

The minister continued that the weight and impact of the developments in the logistics sector on Turkey's foreign trade and development policies are increasing day by day. "The cost advantages of countries with strong logistic capabilities play a major role in present conditions in which protectionism is on the rise all over the world," she told.

Pointing to the importance of the development of the logistics industry and infrastructure in order for Turkey to achieve sustainable export growth and to boost the competitiveness of export products, Pekcan said that they consider the Logistics Master Plan a complementary part of the Export Master Plan announced in August.

Turkey's geographic location is a great advantage for the logistics sector, Pekcan remarked. "Turkey is among the top 20 countries with a turnover of about $18 billion in the transportation sector in the world. We expect these figures to reach much higher levels thanks to the big infrastructure investments made by our government and the ability of our companies to use the existing facilities effectively," she said. According to Pekcan, Turkey ranks 47th in the World Bank's Logistics Performance Index. "Our goal is to rise to top ranks together, as we deserve," she noted.

Indicating that the ministry has taken important steps in "customs and border management," the minister said that they have modernized the border gates and have developed new projects and made technological investments in order to enable customs to render services at the highest level.

She further noted that they aim to add new applications to these projects and make customs transactions more efficient in the future.