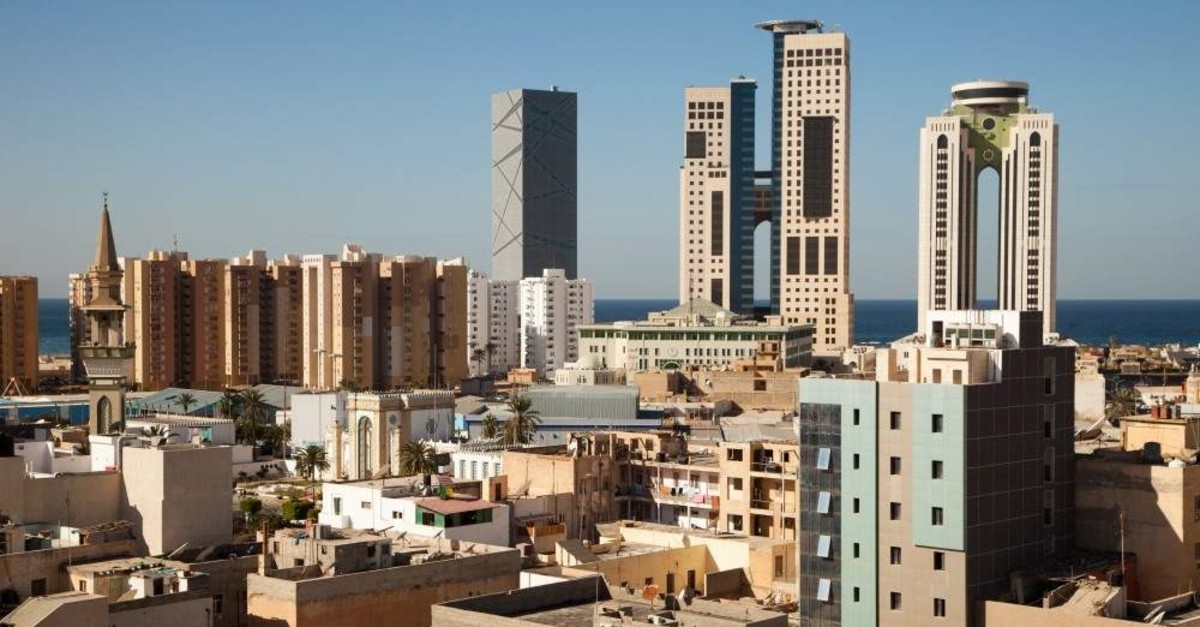 With projects worth $28.9 billion, Libya has been the third country where Turkish contractors undertook the most number of projects to date although a majority of them have not been completed due to internal turmoil in the country. (iStock Photo)
by Feride Cem Dec 30, 2019 9:43 pm
The expedited efforts of Turkish and Libyan officials to revive the business environment have created a stir among businesspeople, who expect these efforts to boost bilateral trade between the two countries.

Mahmoud Al Shawash, vice chairman of the board of directors of the Misurata Chamber of Commerce, Industry and Agriculture, said Turkey is an indispensable trading partner for Libya.

Al Shawash's remarks come after Nov. 27 when Ankara and Libya's U.N.-recognized Government of National Accord (GNA) signed two separate pacts: one on military cooperation and the other on maritime boundaries of countries in the Eastern Mediterranean.

A new era has begun in the ties of the two countries, Al Shawash told the Turkish newspaper Sabah Monday, adding that in particular, a considerable increase is expected in Turkey's exports to the country.

Pointing to the trust of Libyan people in Turkish goods, he said, "Large investment opportunities await Turkish companies in sectors such as infrastructure, electricity, oil and natural gas in our country."

The new period could pave the way for a range of new trade agreements, according to Al Shawash.

"We hope to make various agreements between the two countries to remove fees and customs restrictions," he added.

On the other hand, Turkish contractors have been carrying out various infrastructure and construction projects in Libya since the 1970s. The North African country was the first overseas market in which Turkish contractors entered in 1972 with the STFA's building of the Tripoli port in the Libyan capital.

The outbreak of the revolution in 2011 and the subsequent civil war that has torn apart the country since 2014 have stalled all the ongoing projects, leaving the contractors aggrieved as they were unable to collect a large number of receivables. They have recently expressed their wish to return to the country – a very familiar market for them, looking forward to the restoration of peace and stability.

Stating that Libya's facilities and infrastructure were destroyed during the war, Al Shawash said, "We are working on cooperation with Libyan companies to invest in infrastructure, contracting, manufacturing and other fields."

Turkish Contractors Association (TMB) Chairman Mithat Yenigün said there is a need for Turkish contractors in the reconstruction of the country.

"Libyans want to work with Turkish contractors again. We've done a lot of good things in the past. I hope the war in the country will be over soon and we will return to the good old days," Yenigün told Sabah.

With the projects worth $28.9 billion, Libya was the third country where Turkish contractors undertook the most number of projects to date. Prior to the internal intricacies, Turkish companies had reached an annual business volume of up to $4 billion in Libya.

When internal turmoil in Libya emerged in 2011, Turkish and Libyan partners were at the height of discussing joint projects. In the aftermath of the revolution which was followed by civil war and terror events, the construction sites of the Turkish contractors were burnt down. Turkish firms were forced to leave their projects abandoned and 25,000 Turkish workers had to return home. However, Turkish firms continued to make their payments including insurance commissions, letters of accreditation obtained from Libyan banks, subcontracting deals, site security expenditures and other compensations.

The accrued receivables of Turkish companies total $1 billion and the value of their letters of accreditation stand at $1.7 billion. The loss of equipment and inventories has been calculated at $1.3 billion. The TMB chairman recently underscored that Turkish contractors continue to pay $50 million per year for their letters of accreditation, which is hurting their businesses.

Some of the ongoing projects have been looted or became targets during armed clashes. Yenigün, earlier, also stressed that Turkish and Libyan officials agreed that the incurred losses will be determined by a delegation.

Turkish contractors have paid $400 million in commissions for letters of accreditation since the beginning of the internal turmoil in Libya.

The trade between the two countries has particularly entered a growth trend again in 2019, according to the Foreign Economic Relations Board (DEİK) Turkey-Libya Business Council head Muzaffer Aksoy.

"Libya, will be Turkey's gate to Africa in the long term," added Aksoy. "Our goal is to sign MoU [memorandum of understanding], namely a cooperation agreement that will solve the problems of our construction companies. We will conclude this in January 2020," he noted.

Turkish Exporters Assembly (TİM) Chairman İsmail Gülle said Libya is the country with which Turkey has been developing economic and trade relations for 40 years.

"As a result of the initiative and contacts with the leadership of our president, we think the agreement of historic importance between Turkey and Libya will pave the way for the bilateral trade between the two countries," Gülle concluded.
RELATED TOPICS