Turkey invests TL 767.5B in transport infrastructure in 17 years 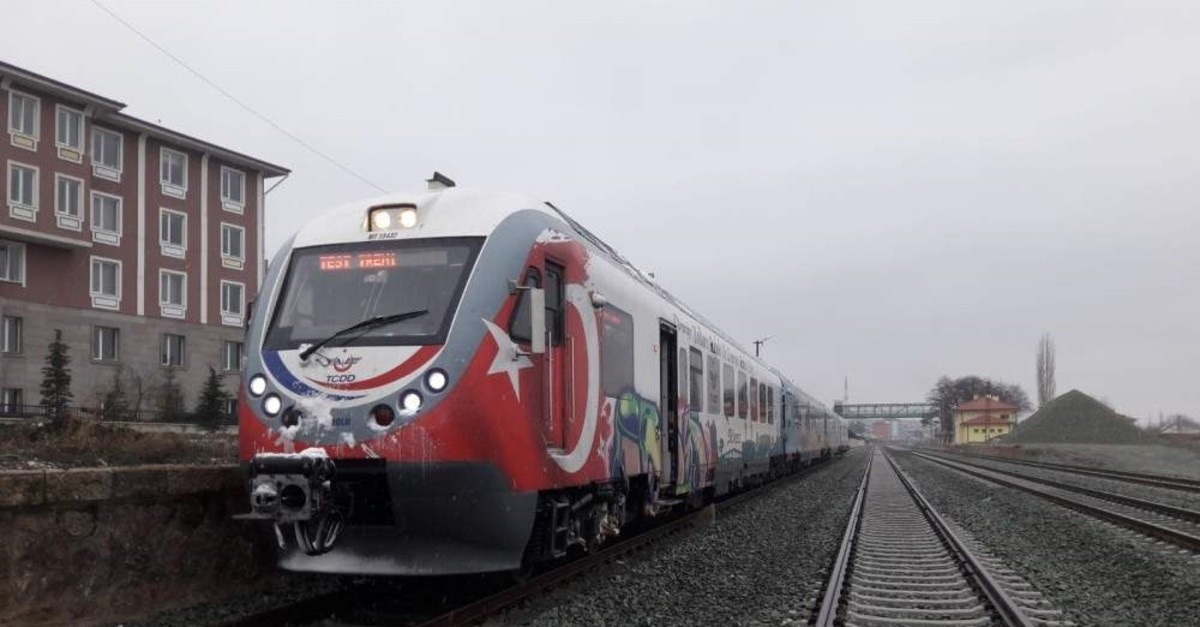 As a result of the vast resources it allocated, Turkey managed to considerably expand its national transportation network and has boosted national production transportation means, trends it looks to maintain in the coming years

Having attached major importance to upgrading transportation and access infrastructure since the early 2000s, the Turkish government has invested around TL 767.5 billion in multiple projects, according to Transport and Infrastructure Minister Cahit Turhan, a figure he said was invested during the ruling party Justice and Development's (AK Party) 17 years in office.

Over the years, Turkey established a wide variety of transport links as well as corridors to further strengthen its position. Rail infrastructure played a key role in this expansion. The railway became state policy in 2003, the year after the ruling party came to power, Turhan told a press conference in the capital Ankara Thursday.

The Turkish Republic inherited a 4,136-kilometer-long railroad that was constructed between 1856 and 1923, according to the minister, who pointed to a slowdown in railway investments after 1950.

Turkey looks to complete another 5,509 kilometers to reach a total of 17,525 kilometers of railways by 2023, Turhan added.

High-speed train travel was introduced to Turkey when the Ankara-Eskişehir line opened on March 13, 2009, reducing the travel time between the two cities to an hour and 25 minutes.

Some 40% of the country's population in seven provinces currently has access to fast, modern travel, according to Turhan. He said high-speed trains have carried 53.1 million passengers since they were put into service in Turkey.

The minister also elaborated on the renovation efforts of the railways which have remained unattended for more than a century, completing their signalization and electrification processes.

"In 2003, we increased the length of signalized lines by 155% and raised it to 6,382 kilometers from the previous level of 2,505 kilometers. The signalization works are currently underway on a 2,312-kilometer-long railway line," he said.

In 2003, only 2,082 kilometers of the total railway lines had been electrified, corresponding to 19% of the total length of the lines across Turkey. Recording an increase of 176%, the ministry has reached 5,753 kilometers in electrified lines over the 17 years. Turhan noted that the ministry continues to work on the electrification of another 785-kilometer-long line.

The 393-kilometer-long Ankara-Sivas high-speed train will begin operating in the second half of this year, the minister said.

The ministry aims to ensure that that electrified and signalized lines will make up 77% of total railway lines in Turkey, he noted.

"With the logistics centers, we are offering our industrialized the opportunity for a combined transportation line with highways, railways and maritime routes," Turhan added.

When the 25 logistics centers are completed, the sector will have an additional transportation capacity of 72.6 million tons and 4.1 million 20-foot-equivalent (TEU) as well as 16.2 million square meters of container storage and handling capacity.

The transport and infrastructure minister emphasized that the increased connectivity of organized industrial zones, dubbed land ports, with railway network will reinforce the competitiveness of the Turkish industrialists. In the upcoming period, a junction of railway networks that stretches along 294 kilometers will be built to connect 38 organized industrial zones, specialized industry zones, free economic zones and ports in addition to 36 manufacturing facilities.

"In order to ensure faster and more economical transport of freight, we are connecting ports and railways," Turhan said.

"Eighty-five-kilometer-long railway lines are currently connected to 10 ports and four harbors and a railway connection to seven ports including Filyos in the western Black Sea and Çandarlı in İzmir is planned," the minister added.

Among others, the country has begun manufacturing high-speed train rail domestically with the works carried out by the country's iron and steel giant Kardemir. Some 770,000 tons of rail were produced via domestic means and have been used in fast and conventional lines, according to the minister.

For instance, the minister noted that the locality ratio in the Ankara-Eskişehir line is 55%, while the same ratio in infrastructure, superstructure, signalization and telecommunication construction works has reached 90%.

Turhan went on to say that the manufacturing of a prototype of the first locally manufactured hybrid locomotive, which will offer lower operating costs and reduced fuel consumption, has been completed.

The locomotive was designed under the Turkish State Railways (TCDD) and jointly produced by the Turkish Locomotive and Engine Industry Corporation (TÜLOMSAŞ) and the leading defense contractor ASELSAN.

The project has made Turkey the fourth country in the world that can produce a diesel and battery-powered hybrid locomotive as a prototype, Turhan said.

He further said configuration works on a 622-kilometer line have started within the scope of the National Signalization Project.

On the other hand, the production of national freight cars, whose concept, design and prototype manufacturing was done via domestic means within the scope of National Train Projects, continues at TÜDEMSAŞ, an affiliate of the Transport and Infrastructure Ministry," Turhan noted.

Turhan remarked that as part of the national train project and with the Industrial Cooperation Project, works continue on providing the high-tech subsystems of 94 high-speed train sets to support national production.