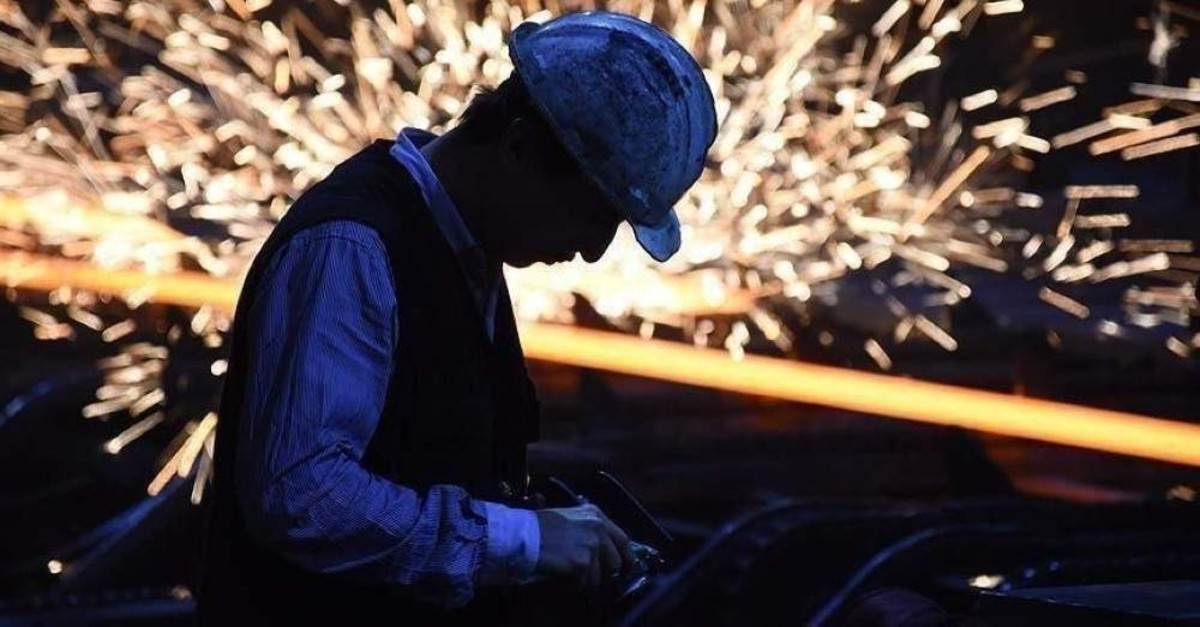 Turkey's industrial output in November 2019 was higher than the European Union's average in the same month.

While the EU average was negative 1.3%, the index dropped 1.5% in the eurozone, and rose 5.1% in Turkey, according to the data from Eurostat and the Turkish Statistical Institute (TurkStat).

Industrial production in major EU economies, known as the locomotive, also performed below expectations. The index in Germany, the largest economy in the union, dropped 4% year-on-year in November. While it rose 1.2% in France, Italy also posted a drop with 0.6% in November 2019, versus the same month of 2018. The U.K.'s industrial outlook decreased by 1.9% as well.

Turkey's calendar-adjusted industrial production soared 5.1% in November 2019 – the highest raise since July 2018 – compared to the same month of the previous year, the TurkStat figures showed.

While the mining and quarrying index rose 7.2% and the manufacturing index climbed 5.3%, the electricity, gas, steam and air conditioning supply index fell 1.2% in November 2019 compared to the same month of the previous year, the TurkStat said. The high technology index saw a monthly increase of 6.8% and on an annual basis, the index surged 17.8%.

The annual and monthly rise in industrial production signals that the Turkish economy has entered a period of expansion.

According to the New Economic Program (NEP), which Treasury and Finance Minister Berat Albayrak unveiled in September 2019, the Turkish economy is expected to register a 5% growth. While some economists estimate that the Turkish economy will grow 2.5% through 2020, some of the forecasts point to a 4% expansion of Turkish gross domestic product (GDP).