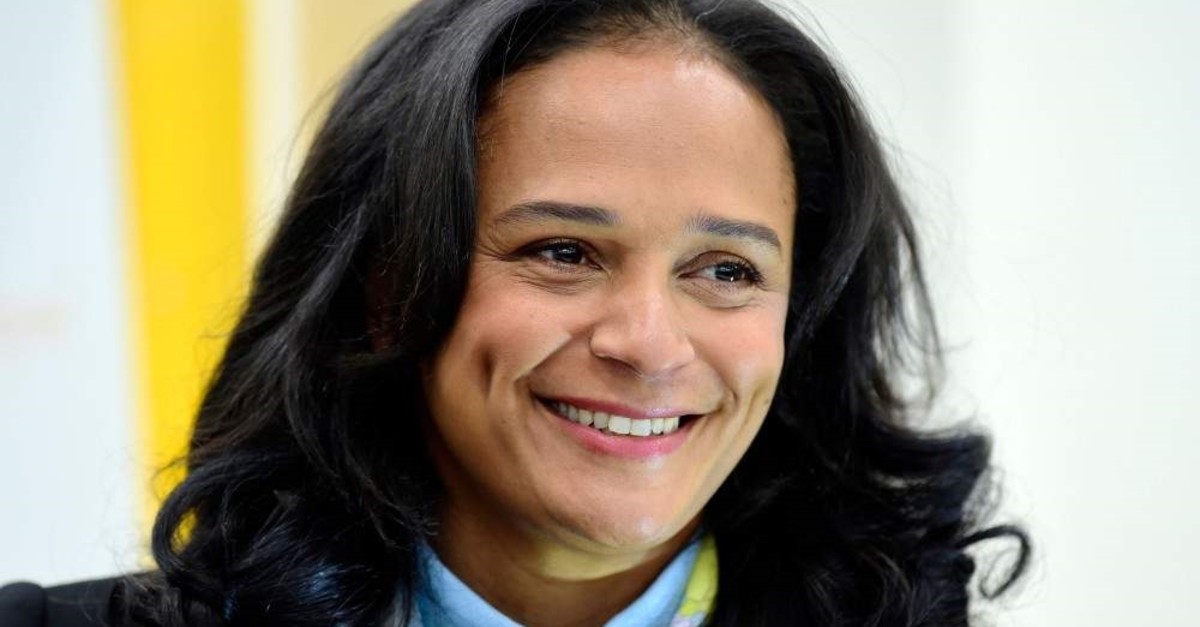 Angolan prosecutors vowed on Monday to use "all possible" means to summon the return of Isabel dos Santos, the former president's billionaire daughter, after thousands of leaked documents led to fresh allegations of her having siphoned off hundreds of millions of dollars' worth of public funds.

Dubbed Africa's richest woman, dos Santos is accused of using her father's influence to plunder state funds from the oil-rich but impoverished southern African nation and – with the help of a number of Western consulting firms – move the money offshore.

She stopped living in Angola after her authoritarian father Jose Eduardo dos Santos, who ruled the country for nearly 40 years, stepped down in 2017 to make way for his appointed successor Joao Lourenco. She now spends her time between London and Dubai.

"We will use all possible means and activate international mechanisms to bring Isabel dos Santos back to the country," prosecutor general Helder Pitra Gros told public radio.

"We have asked for international support from Portugal, Dubai and other countries," he added.

Dos Santos, 46, is already being investigated as part of an anti-graft campaign launched by Lourenco, who has vowed to root out corruption.

Prosecutors last month froze bank accounts and holdings owned by the businesswoman and her Congolese-Danish husband Sindika Dokolo, a move dos Santos described as motivated by a groundless political vendetta.

Gros' remarks came after a trove of 715,000 files dubbed the "Luanda Leaks" on Sunday revealed how the eldest daughter of the former president allegedly moved the vast sums into overseas assets.

The award-winning New York-based International Consortium of Investigative Journalists (ICIJ) behind the release alleged the international system has allowed powerful individuals like her to move assets around the world, without questions.

"Based on a trove of more than 715,000 files, our investigation highlights a broken international regulatory system that allows professional services firms to serve the powerful with almost no questions asked," the ICIJ wrote.

The group said its team of 120 reporters in 20 countries was able to trace "how an army of Western financial firms, lawyers, accountants, government officials and management companies helped (dos Santos and Dokolo) hide assets from tax authorities."

Dos Santos took to Twitter to refute the claims, launching a salvo of around 30 tweets in Portuguese and English, accusing the journalists involved in the investigation of telling "lies.”

"My fortune is built on my character, my intelligence, education, capacity for work, perseverance," she wrote.

Born in Baku, Azerbaijan, and educated in Britain, dos Santos – scornfully nicknamed "the princess" – was named Africa's first female billionaire in 2013 by Forbes, which estimates her current wealth at $2.1 billion. Her lawyer dismissed the ICIJ findings as a "highly coordinated attack" orchestrated by Angola's current rulers, in a statement quoted by the Guardian newspaper.

Dos Santos herself told BBC Africa the file dump was part of a "witch hunt" meant to discredit her and her father. She headed Angola's national oil company Sonangol until her father's successor forced her out after becoming president in 2017.

"Red flags really went up when she was appointed head of the state oil company at a time when her father still had significant influence," said Daniel Bruce, who heads the U.K. branch of anti-corruption campaign group Transparency International. "You could see there were major conflicts of interest starting to emerge," he added. Dos Santos recently said that she would consider running for president in the next election in 2022.

The ICIJ investigation said Western consulting firms such as PwC and Boston Consulting Group were "apparently ignoring red flags" while helping her stash away public assets.

London-based firm PwC was among those advising her businesses. The consultancy said it had "immediately initiated an investigation" in the wake of these "very serious and concerning allegations."

"We have also taken action to terminate any ongoing work for entities controlled by members of the dos Santos family," it added in a statement. The Boston Consulting Group did not immediately respond to an attempt to get a comment by AFP.

One confidential document allegedly drafted by Boston Consulting in September 2015 outlined a complex scheme for the oil company to move its money offshore. The investigation also published a similar 99-page presentation from KPMG.

"U.K. firms ... have played a role both in helping her to amass this fortune but also to invest the proceeds of these suspicious deals," said Bruce. "There are questions to answer," he added. "Particularly for those who helped her acquire property."

Dos Santos and Dokolo have invested in several luxurious London houses and amassed an impressive collection of valuable artwork. Her husband is a well-known collector of African arts, which he developed a passion for from his billionaire banker father Augustin Dokolo Sanu.