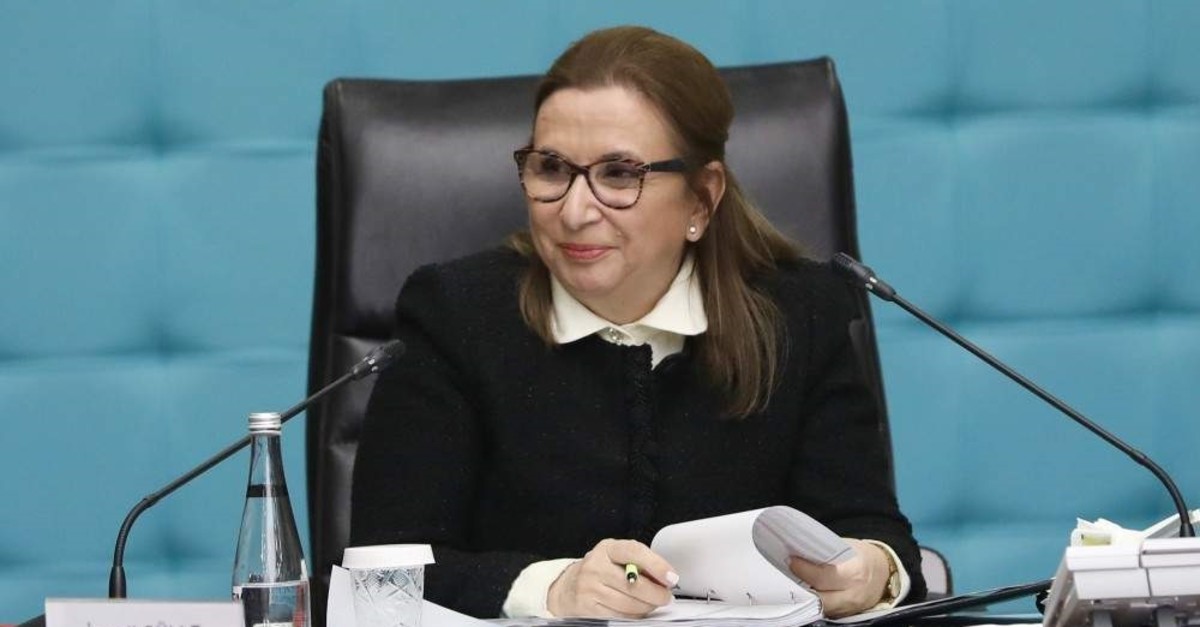 The embargo imposed by the U.S. on Iran, as well as protectionist measures put forth by Iraq, both major trading partners of Turkey, have significantly hit Turkey's exports to both countries, Trade Minister Ruhsar Pekcan said Thursday.

Exports worth around $1.5 billion have been affected by the embargo imposed on Iran, Pekcan told Turkish broadcasters BloombergHT on the sidelines of the 50th World Economic Forum in the Swiss ski resort town of Davos.

"Iraq and Iran are of our biggest trade partners. Iraq has imposed some bans with its own protectionist measures. There as well, nearly $800 million worth of our exports have been affected," the minister stressed.

Tensions have been rising between the U.S. and Iran since May 2018, when Washington unilaterally withdrew from the landmark 2015 nuclear deal, formally known as the Joint Comprehensive Plan of Action (JCPOA), between Tehran and the five permanent members of the U.N. Security Council plus Germany and the EU.

The JCPOA had tightly restricted Iran's nuclear program in return for ending sanctions that had severely damaged its economy.

The U.S. has since embarked upon a diplomatic and economic campaign to put pressure on Iran to renegotiate the agreement, as well as other Iranian activities Washington considers to be "destabilizing."

As part of its campaign, the U.S. has re-imposed sanctions on exports of Iranian crude oil, which have nosedived the Iranian economy.

Despite Turkey and Iraq carrying out talks to remove trade barriers, a sudden decision by Baghdad in the first half of 2019 to gradually ban imports of certain goods from regional countries, including Turkey, wrong-footed both the Iraqi people and the Turkish business community.

The egg ban turned into a major crisis in May, with Turkish egg exporters having to deal with the unwarranted situation of having the doors close to their largest market, which accounted for over 70% of their exports. Egg exports to Iraq amounted to nearly $306.45 million in 2018, according to Turkish Egg Producers' Association (YUM-BİR) data, or 71% of Turkey's total egg exports at $430 million.

Elaborating on the global economic developments, Pekcan touted 2019 as a very successful year for Turkey's exports despite global challenges and tensions.

"We closed the year in seventh place in terms of rate of increase in exports and fifth place on the basis of value," she said.

Pekcan further underscored that protectionist measures and trade policies slowed global growth and global trade growth, noting that the figures realized in both were the lowest in the last 18 years.

She stressed that Turkey had managed to achieve major success in such an environment. Pekcan added that the country now aims to turn toward exports with high value-added and continues work to increase exports of medium high technology goods.

On the other hand, she noted the signing of a phase one trade deal between U.S. and China earlier this month – after Washington agreed in December to roll back some tariffs in exchange for China's pledge to buy $200 billion more in U.S. goods and services over the next two years – was a positive development for the global economy and trade.

Washington and Beijing are expected to start talks on a phase two trade deal.

Pekcan also noted that she had met with her American counterpart Wilbur Ross on the sidelines of the event, adding that they recalled the $100 billion trade volume target – a goal set and reiterated by President Recep Tayyip Erdoğan and U.S. President Donald Trump – which she said they had not given up on regardless of political tensions.

The minister also elaborated on the customs union update with the EU, stressing that the EU needs it as much as Turkey. Pekcan stressed that talks on the update have to begin in 2020.

Turkey is the only non-European Union country with a customs union agreement with the bloc. The deal was penned with the European Economic Community (EEC), the forerunner to the EU, in 1966. In its Dec. 21, 2016, assessment, the EU Commission proposed revamping the deal, which currently only covers a limited range of industrial products and excludes agriculture, public procurement and services. With the inclusion of these sectors with third-party countries, bilateral trade between Turkey and the EU is expected to reach $300 billion, a stark increase from its current level of around $165 billion.