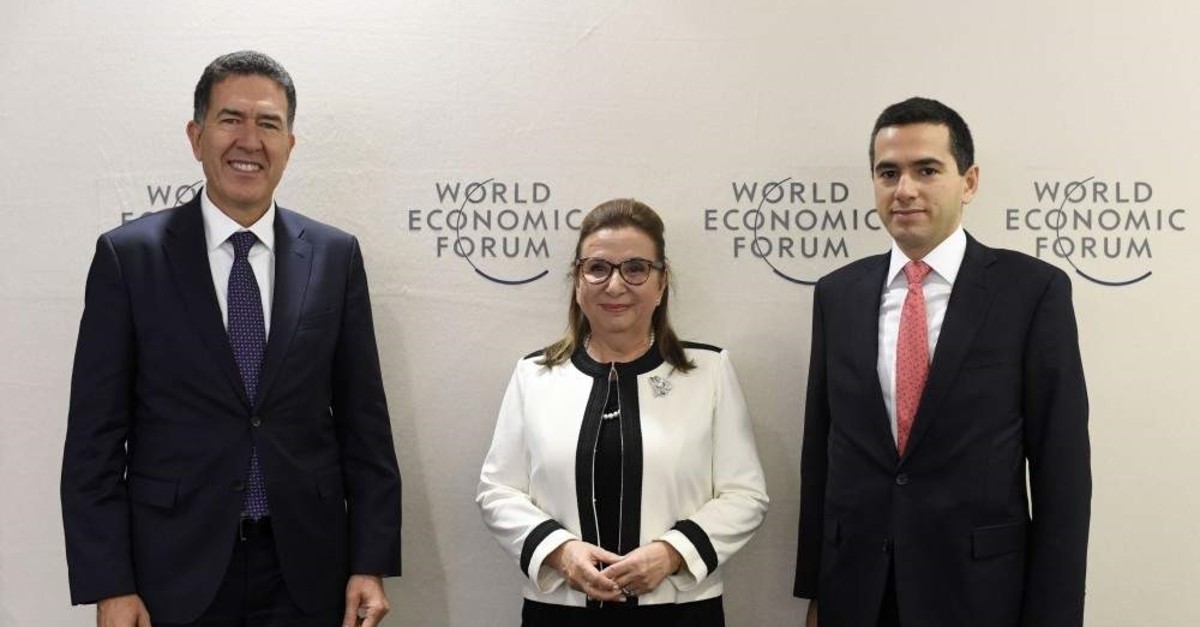 With the cooperation agreement inked at the Swiss ski resort town of Davos on the sidelines of the 50th annual meeting of WEF, the Turkish technology center has been registered among a few centers in the world affiliated with WEF.

The MESS was the first employer union accepted by the WEF for the C4IR Network, according to the press release.

With MEXT, Turkey will able to carry onto the international platform and shape global policies, the statement cited Industry and Technology Minister Mustafa Varank as saying.

The C4IR Network aims to accelerate scientific and technological researches. The network is in cooperation with public and private institutions, academics and nongovernmental organizations.

Trade Minister Ruhsar Pekcan, who was in Davos during the week to attend the WEF, also came together with the related forum representatives and MESS officials on the occasion of the cooperation agreement and held talks on the activities run by C4IR.

MEXT will prepare road maps for Turkey in several areas such as the internet of things (IoT), artificial intelligence (AI), autonomous vehicles, drones, blockchain and robots.

Varank said the center will contribute positively to both the country's industrialists and the decision-making processes in the public through the door it opens to multilateral cooperation.

"We believe our collaboration will benefit both members of MESS and our country," said Özgür Burak Akkol, MESS chairman. "Our technology center MEXT, which we have been working very hard on bringing to life is due to open soon, allowing us to transform our industry through digital transformation. Today, through this partnership, our role is carried to a global arena, and I have no doubt that the members of MESS will make the best out of this collaboration," he added.

"If the business world, government and the civil society on a large scale can come together, this technology center we will establish in Turkey will be very useful for the country and will enable Turkey to have a say in determining the global trajectory of the new technologies," Sönmez noted.

MEXT, established on a 10,000-square-meter area, will go into action in the third quarter of this year.