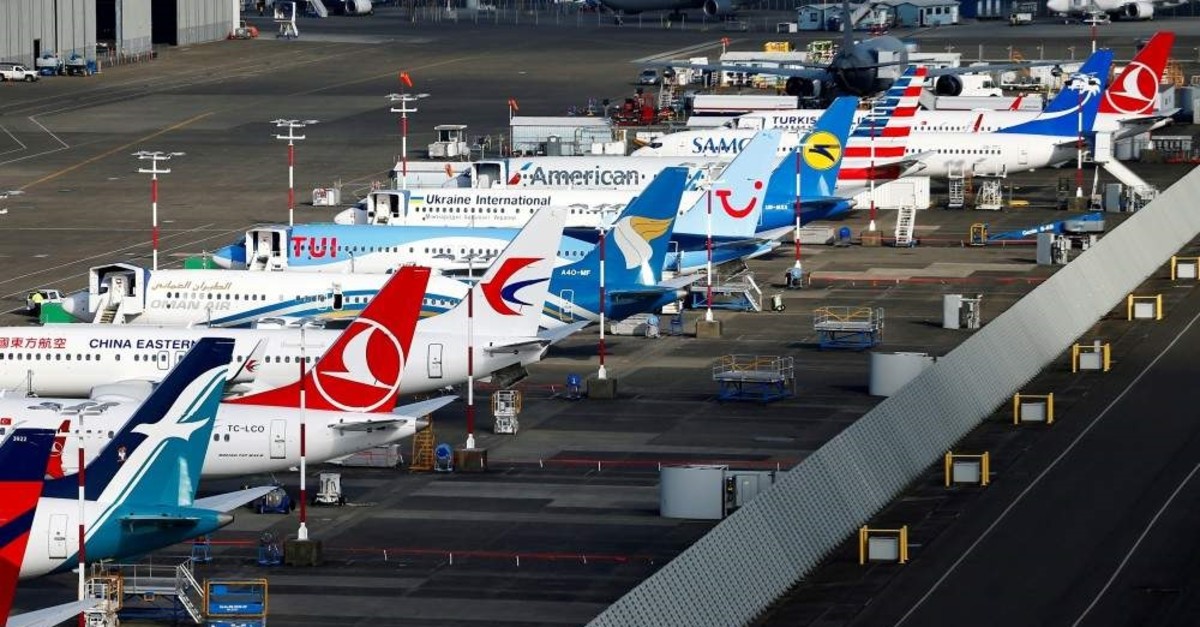 Boeing reported its first annual loss in more than two decades Wednesday as the lengthy grounding of the 737 Max has undercut the company's revenues and exploded costs. The aerospace giant reported a $1 billion loss in the fourth quarter and a loss of $636 million for all of 2019, the company's first year in the red since 1997.

Newly-installed Chief Executive David Calhoun, who took the reins this month to stabilize the situation, pledged to turn the company around even as Boeing disclosed $9.2 billion in new costs connected to the Max.

Some analysts had expected new costs twice as high, and despite the hefty charges, Boeing shares rallied early Wednesday in pre-market.

The Max has been grounded since March following two crashes that killed 346 people, which opened the doors to intense scrutiny of Boeing's safety practices – and regulatory oversight of its productions – as well bruising congressional investigations which have revealed a troublesome culture at the aviation giant.

"We are committed to transparency and excellence in everything we do," Calhoun said in a statement," adding, "Safety will underwrite every decision, every action and every step we take as we move forward."

Calhoun has been at the helm of Boeing only since Jan. 13 after Dennis Muilenburg was ousted in December following criticism of his handling of the crisis, and immediately after a damning series of internal communications were released. Calhoun is targeting mid-2020 to win approval from aviation regulators to resume flights on the Max, which is seen as a more realistic timeframe after Muilenburg repeatedly pushed a more optimistic schedule.

The grounding of the Max dented Boeing's earnings in multiple ways, halting deliveries of new planes to customers, a major source of revenues. Boeing revenues in the fourth quarter plunged 36.8% to $17.9 billion, while revenues for all of 2019 dropped 24.3% to $76.6 billion. The crisis also prompted the manufacturer to first reduce and then halt production of the Max until the crisis is resolved.

Boeing said Wednesday the changes in the production schedule added $2.6 billion in costs connected to airplane deliveries, plus another $4 billion in "abnormal production costs" primarily in 2020 associated with the suspension of the Max and a "gradual resumption" of production.

The company set aside $2.6 billion to compensate airlines that have been forced to cancel thousands of flights due to grounded Max planes and undelivered aircraft. The Max crisis also has weighed on numerous suppliers, such as Spirit AeroSystems, which announced earlier this month that it would lay off 2,800 employees in Kansas due to the production stoppage.

General Electric, which builds engines for the Max, said the crisis lowered cash flow by $1.4 billion for 2019.

Boeing also announced that it would again cut back the production of the 787 Dreamliner, a top-selling plane that has supported revenues during the protracted 737 Max grounding. The aerospace giant plans to cut production to 10 airplanes a month in early 2021 through 2023 based on the "near-term market outlook."