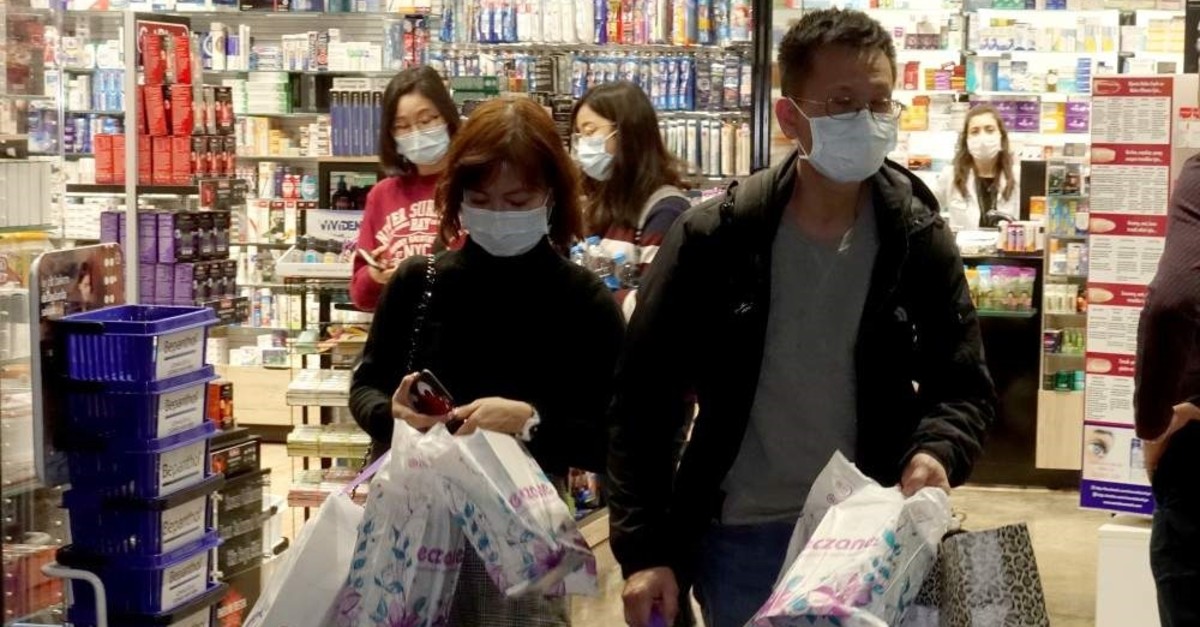 More than 10,000 face masks have been sold at Istanbul Airport pharmacies so far amid growing demand due to the Chinese coronavirus outbreak. (AA Photo)
by Daily Sabah Jan 30, 2020 2:10 pm

The coronavirus outbreak in China has led to a boom in demand for face masks. Turkish mask manufacturers say they have received a demand for nearly 200 million masks “at one party,” a huge number compared to Turkey’s yearly production of around 150 million. The demand mounted in the past 10 days as the death toll from the virus climbed.

China itself is one of the world’s largest mask manufacturers but the outbreak put pressure on local manufacturers and forcing the country to turn to exports.

Turkish factories extended working hours to meet the demand. Fatih Arpacı, one of the owners of Ak-Yel Medikal company based in the western city of İzmir, said they were “surprised” upon the high demand. The company, in the business for 17 years, will send the first batch of 250,000 masks to China. Arpacı told Anadolu Agency (AA) that other countries importing masks from China also turned to Turkey for imports. “We speak about a high volume of exports and we have a certain capacity. We work around the clock to meet the demand,” he said.

Furkan Başaran, who runs a workplace safety company based in Istanbul, says mask supplies in Turkey “ran out.” “Manufacturers give an eight-week deadline for delivery nowadays though they work three shifts and on Sundays,” he told AA.
Başaran said they were not aware which type of masks work better for protection against the virus. “Masks that Chinese firms want are typically N95 class masks, which have an FFP3 protection level under U.S. and European standards. They are preferred because they provide 50 times more protection in filtering pollutants such as bacteria, viruses, dust, fog and smoke compared with normal masks. These masks are sold at prices between 1.8-3 euros [$1.99-$3.32], depending on their quality standards. Başaran warns that high demand may endanger Turkey in case of infection in the country."
"We don’t have any supplies now and if the virus spread to Turkey, masks may end up in the black market," he says. He says that along with masks, the demand for protective suits increased. Serdar Serdaroğlu, another company owner, says that they sold 15,000 masks in one week. "Some businesses try to raise the prices but we won’t allow it," he said.

The outbreak has fueled the increasing demand for protective face masks, not only in mainland China but also around the world in airports, including Istanbul Airport.

More than 10,000 face masks have been sold at Istanbul Airport pharmacies so far, media reports said Thursday. The airport has also been carrying out initial protective measures. For instance, passengers arriving from Chinese cities that haven't yet been locked down due to the outbreak are required to pass in front of thermal cameras which can detect high fever – one of the primary symptoms of the disease.

Nurcan Erkul, a pharmacist at Istanbul Airport, said people who live in those countries are accustomed to using face masks, but while they were only buying two to three masks at a time in the past, they are now buying several boxes.