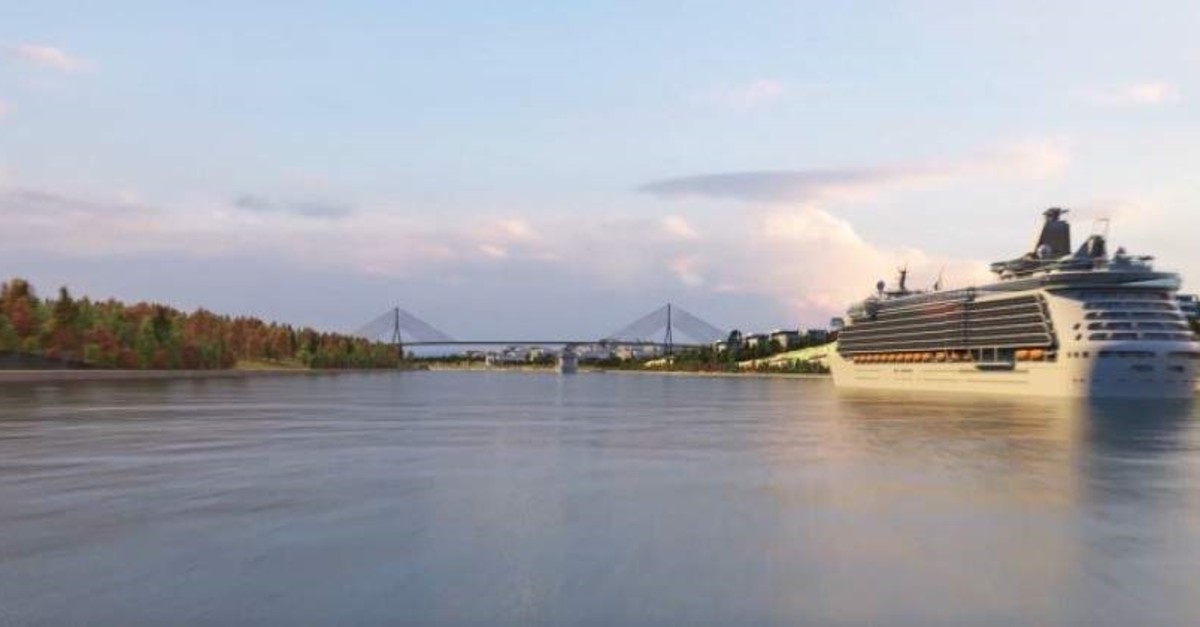 The Turkish Presidency's Directorate of Communications Saturday announced it has launched a website that includes details about the artificial sea-level waterway project Kanal Istanbul.

The website "kanalistanbul.gov.tr" contains many details, such as why Kanal Istanbul is needed and the purpose of the project, preparation and construction processes, strategic and economic achievements and scientific and technical studies.

The website explains the allegations and facts about Kanal Istanbul along with infographics and videos, which were prepared based on scientific research data.

The 45-kilometer canal, which will be built in Istanbul's Küçükçekmece-Sazlıdere-Durusu corridor, will boast a capacity of 160 vessels a day.

The massive infrastructure development project, originally announced by President Recep Tayyip Erdoğan in 2011, aims to reduce pressure on the Bosphorus – one of the world's busiest maritime passages – and play a significant role in preventing vessel accidents and minimizing risks and dangers, particularly those associated with tankers. The canal will link the Black Sea and the Sea of Marmara, north and south of Istanbul, becoming an alternative for the global shipping lane.

In addition to official documents and texts related to Kanal Istanbul, the booklet "Kanal Istanbul in 50 Questions" that answers the most popular questions from the public is also available on the website.

The website also includes details about routes and integrated structures designed for the project, as well as the headlines "Canal examples from the world," "Accidents in the Bosporus" and "Montreux and Kanal Istanbul."

The "Preparation Process" part of the website examines the results of the geological, geotechnical, geophysical, hydrological and hydrogeological analyses, marine and natural disaster researches and traffic studies that have been conducted within the framework of the project.

The "I Want to Know Everything" part, which contains data from scientific researches conducted within the scope of the project in terms of the safety of life and property, the historical and cultural heritage of Istanbul and the protection of nature and preservation of natural life is also accessible.

According to the answers given to the questions asked about the project, in terms of ship accident scenarios, the website says that Kanal Istanbul is 13 times safer than the Bosphorus in the most challenging parts. In terms of grounding scenarios, Kanal Istanbul is said to be two times safer than the Bosphorus, even in the most challenging areas.

Project to be completed in 7 years

Together with Kanal Istanbul and its integrated facilities, approximately 10,000 people are expected to work in the preparation and construction phase of the project, while another 10,000 are expected to be employed in businesses such as the canal and port, logistics center and marina.

Designed for the biggest earthquake possible