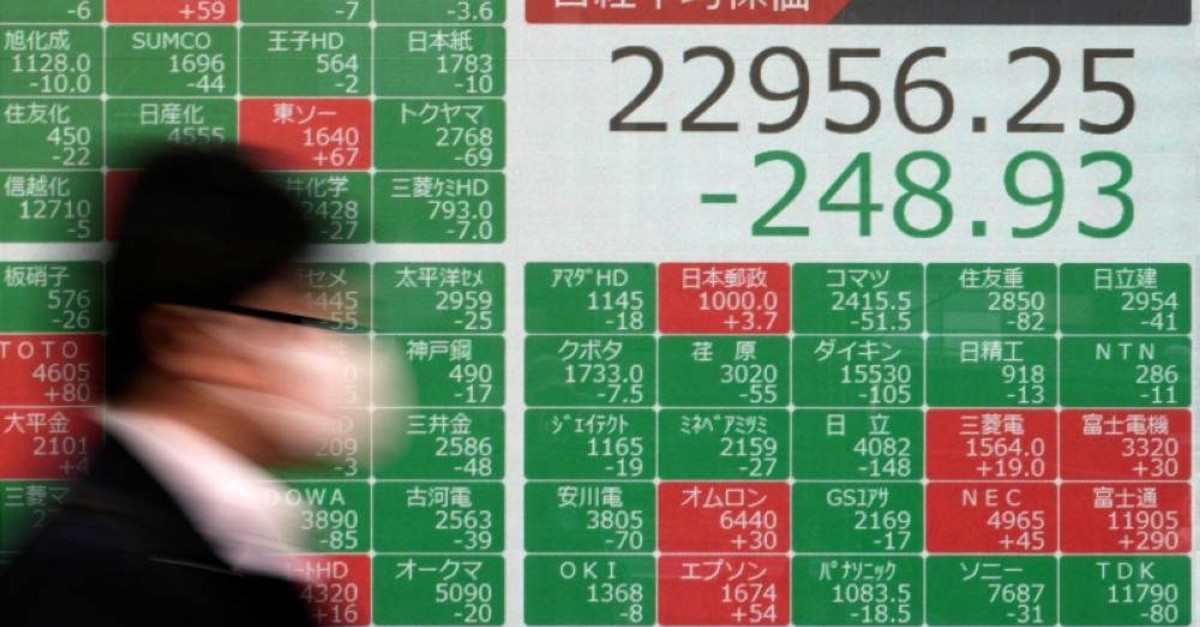 Investors erased $420 billion from China's benchmark stock index Monday, sold the yuan and dumped commodities as fears about the spreading coronavirus and its economic impact drove selling on the first day of trade in China since the Lunar New Year.

The market slide came even as the central bank poured cash into the financial system – a show of support for the economy – and despite apparent regulatory moves to curb selling.

The total number of deaths in China from the coronavirus rose to 362 as of Monday. It had stood at 17 when Chinese markets last traded on Jan. 23.

The benchmark Shanghai Composite index sat nearly 8% lower near an almost one-year trough and poised to post its worst day in more than four years.

The yuan opened at its weakest level in 2020 and slid almost 1.2%, past the symbolic 7-per-dollar level, as the falls soured the mood in markets throughout Asia.

The new virus has created alarm because it is spreading quickly, much about it is unknown, and authorities' drastic response is likely to drag on economic growth.

"This will last for some time," said Iris Pang, Greater China economist at ING.

"It's uncertain whether factory workers or how many of them, will return to their factories," she said. "We haven't yet seen corporate earnings since the (spread of the) coronavirus. Restaurants and retailers may have very little sales."

Copper sank to its lowest in more than three years, falling by its daily limit of 7%, while aluminum, zinc and lead shed more than 4% and soybeans dropped 2%.

Amid the selldown, the People's Bank of China (PBOC) injected 1.2 trillion yuan ($173.81 billion) into money markets through reverse bond repurchase agreements. It also unexpectedly cut the interest rate on those short-term funding facilities by 10 basis points.

"It is a clear message that they want to take growth-supportive measures and keep the market reassured," said Mayank Mishra, macro strategist at Standard Chartered Bank in Singapore of the PBOC move.

"They are managing the situation well. The timing of the repo rate cut came a little quicker than some people were expecting, but they wanted to send a clear message."

Cities like Wuhan, where the virus originated, remain in virtual lockdown and China is facing mounting international isolation. Analysts are beginning to suspect the impact will be deeper than the hit delivered by the severe acute respiratory syndrome (SARS) outbreak in 2003.

"Although most analysts agree it is too early to estimate the impact of (the virus) on the global economy, one thing I am increasingly more certain of is that the near-term shock to Chinese economy will be much higher than that in SARS period," said Tommy Xie, head of Greater China research at OCBC.

"The shock to Chinese manufacturing and industry sectors is likely to be unprecedented," he said.