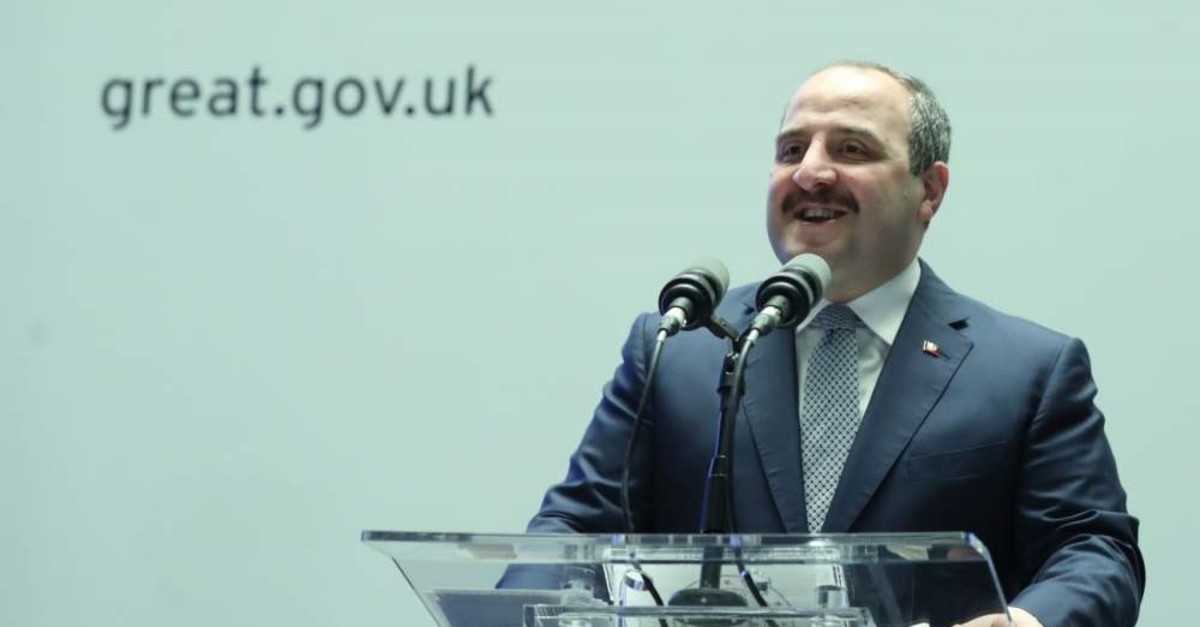 These investments will attract foreign investors, he added. "We want to move Turkey to the upper leagues and make it one of the best-developed countries in the world."

Turkey aims to boost the manufacturing industry's share of the gross domestic product (GDP) to 21% and raise the share of medium- and high-tech products to 50% of its exports, Varank said.

He added that the country targets having half a million software developers and creating 23 global smart products in the disruptive technology area.

Saying that the U.K. has critical importance in the technology area, he stressed that it is also one of Turkey's key trade and investment partners.

Varank called on U.K. tech companies to focus on business development and make investments to produce project-based and strategic products in technoparks across Turkey.

"I see this conference as a step for improving and deepening our relations much more after the Brexit period," he said.

The U.K. formally left the European Union on Jan. 31, 2020, after 47 years of membership and more than three years after Britons voted to leave in a referendum. However, the country will remain in a transition period with the EU until Dec. 31 this year.

During the year, the U.K. will continue to abide by the trade terms set by the EU but will also be free to strike new trade deals.

Turkey is expected to be one of Britain's top destinations for a trade deal, after the EU and the U.S.

Trade Minister Ruhsar Pekcan recently said a British delegation will be arriving in Turkey on Feb. 27 to discuss a post-Brexit trade deal, adding that they will try to formulate their own agreement parallel to the free trade agreement (FTA) the U.K. and EU will make between them.

On trade discussions between the two countries, Varank said, "We hope this process will conclude with a free trade agreement."

The trade volume between Turkey and the U.K. in 2018 was $18.5 billion – second only to Germany – with Turkey exporting $11.1 billion to the U.K. and receiving $7.4 billion in imports. This was a 15.7% increase in exports and a 13.7% increase in imports for Turkey compared to the previous year.

Also addressing the event, John Mahon, the director-general for exports in the U.K.'s Department for International Trade, said the U.K. wants to open and expand trade channels now that it has parted ways with the EU, stressing that Turkey is one of the target countries in this mission.

He noted that the U.K. is independent in its trade affairs for the first time and that a new path awaits the country.

The U.K. is after new free trade deals, Mahon said, adding that they would produce trade agreements and negotiations with the U.S. and other countries in Europe by the end of the year.

For his part, the U.K.'s Ambassador to Ankara Dominick Chilcott stressed the immense potential between Turkey and the U.K.

Ankara and London have agreed to firmly work not only on business affairs but also to further strengthen links between their people.

Elaborating on the U.K.'s exit from the EU, the ambassador said the country has now started to move on its own with respect to free trade and that it has become independent within the World Trade Organization (WTO).

"The trade between the U.K. and Turkey has great potential. It is of great importance to the British government. Turkey has a strong economy and trade between us is one of the important points," Chilcott noted.