5,000 tons of Turkish tomatoes could rot at Russian border 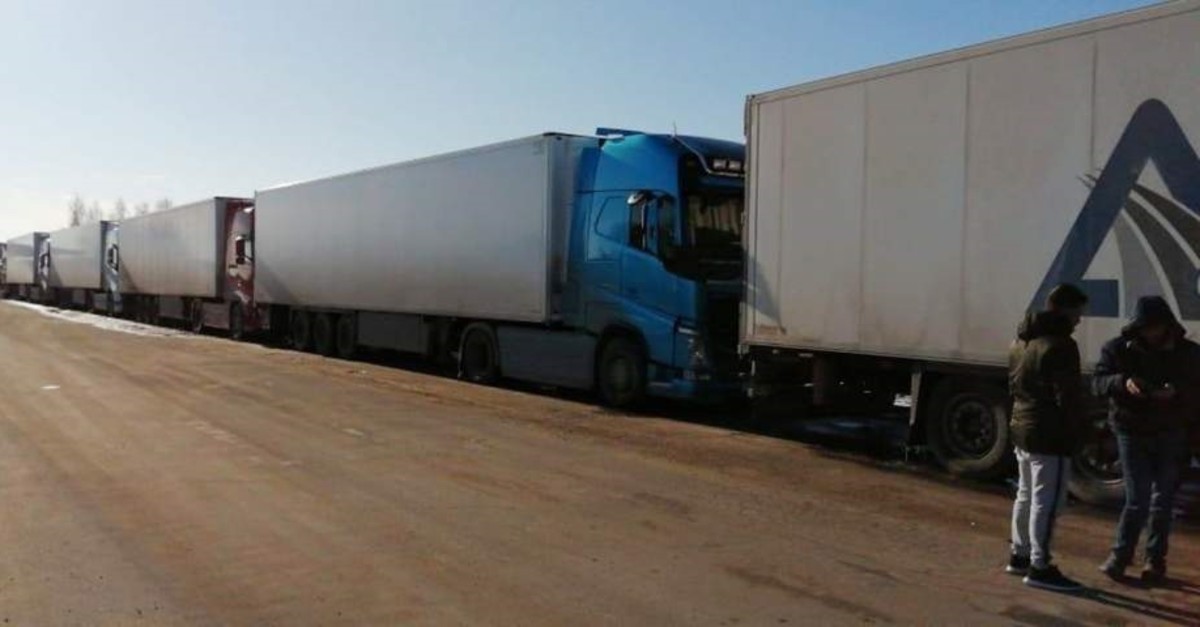 Hundreds of trucks carrying around 5,000 tons of tomatoes from Turkey have been stranded for over a week in the buffer zone between Russia and Ukraine, waiting for Russia to officially increase its quota for Turkish tomatoes.

In February, Turkish producers started to send additional products to the Russian border after reports that Russia's agriculture ministry was set to increase the quota of Turkey's tomato import quota by 50,000 tons to 200,000 tons. However, no official statement has been made yet, leaving thousands of tons of tomatoes waiting at the border at risk of going to waste.

Russia already has sent a tomato-laden ship heading to the Russian port of Tuapse back to the Samsun port in Turkey, Turkish exporters said. Exporting companies are still waiting for an official statement from the Russian side about raising the quota, they added.

In late January, Russia's agriculture ministry proposed increasing Turkey's tomato import quota, but the proposal has yet to be approved by the cabinet.

Bahar criticized the Russian Agriculture Ministry for not specifying the period of time for the import quota on Turkish tomatoes and urged Moscow to remove the restrictions completely. "A tiny matter such as tomato imports should not cause a strain in relations between Russia and Turkey."

He also warned Turkish agriculture exporters not to send any more products until an official statement has been made.

Ali Uçak, the owner of one of the exporting companies whose truck was stranded in the buffer zone, said Russia stopped accepting tomato imports on Feb. 8, and around 250 trucks have been waiting at the border since then.

Uçak said each truck is carrying approximately 20 tons of tomatoes, which have a shelf life of 15 days, and warned that the products will go to waste if they do not cross the Russian border within two days.

Turkish exporters would face a financial loss of around $20 million-$30 million if Russia does not raise the quota immediately, Uçak stated.

Some of the exporting companies have already returned their trucks to Turkey while a couple of them are trying to sell them in the Ukrainian market.

Russia, which has long been standing out as the primary market for Turkish fresh fruits and vegetables, saw its share fall due to the problems experienced in the last five years. In November 2015, Turkey downed a Russian fighter jet for violating its airspace. After the incident, Russia banned imports of Turkish fruits and vegetables including tomatoes, oranges, apples, apricots, cabbage, broccoli, mandarins, pears, peaches, cucumbers, plums, strawberries, onions, cloves and poultry. However, Russia relaxed the trade sanctions on Turkey in the summer of 2017 but set quotas. The country has now retained its top position and exports of fresh fruits and vegetables to the country have consistently increased.