American business world optimistic about $100B trade target with Turkey 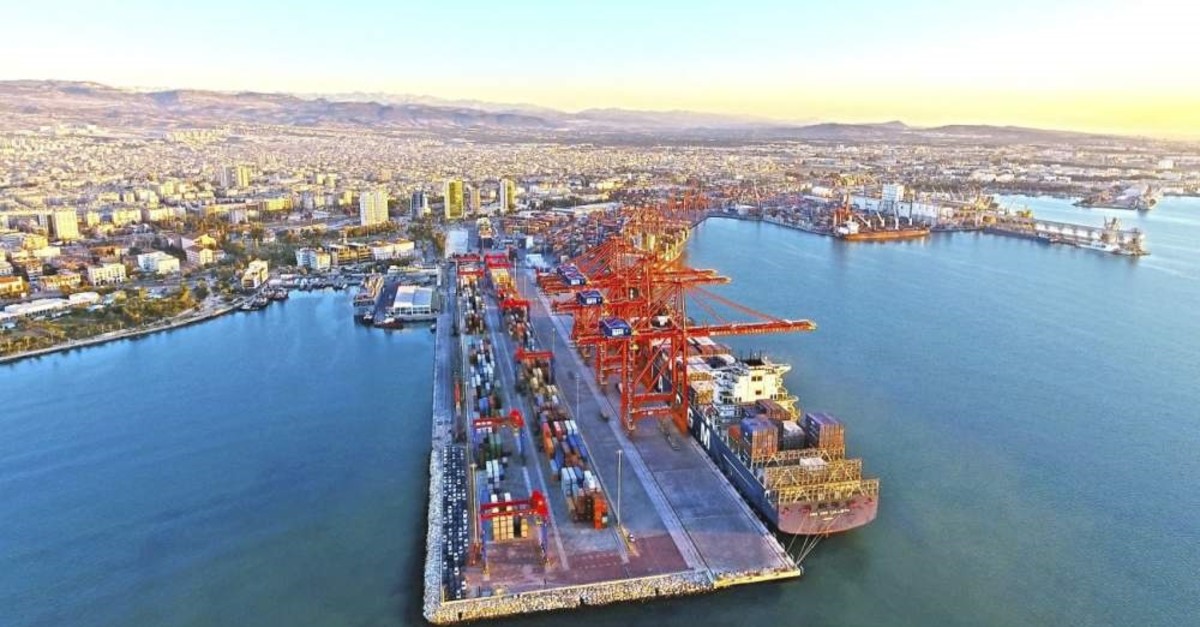 Trade ties between Turkey and U.S. remain strong with an annual trade volume hovering around $20 billion despite multiple political and economic disputes that have gone on between the two countries

The presidents of the U.S and Turkey have agreed to keep the bilateral trade volume target separate from other problems ,and the U.S. business world has expressed optimism about economic relations with Turkey.

President Recep Tayyip Erdoğan on Wednesday said he and U.S. President Donald Trump have decided to keep their target of reaching $100 billion in trade volume separate from other disputes between the two countries. The decision was agreed upon in a recent call with Trump, Erdoğan said.

The two presidents agreed to raise the mutual trade volume to $100 billion during a meeting on the sidelines of the G20 summit held in Osaka, Japan, in June 2019.

"Personally, I am absolutely optimistic about this. I believe in the strengthening of relations between the U.S. and Turkey; I am optimistic about it. This optimism is based on the reality that U.S. companies see," said Khush Choksy, the U.S. Chamber of Commerce senior vice president for the Middle East and Turkey Affairs.

Turkey and the U.S. have been continuing to benefit from good and strong trade relations, Choksy told Anadolu Agency (AA) Thursday, evaluating the current and future trade relations.

"Differences of opinion on some issues do not characterize this relation," Choksy stressed.

The ties remain strong with an annual trade volume of around $20 billion despite numerous political and economic crises that have gone on between Washington and Ankara.

Since Trump's inauguration in January 2017, Turkey-U.S. relations have been tested many times over a range of issues including Turkey's purchase of the Russian S-400 surface-to-air missile system, economic sanctions, Washington's support for the YPG terror group, inaction against the Gülenist Terror Group (FETÖ) and anti-Turkish legislation put forth by the Senate.

"The trade cooperation with the U.S. will hopefully make a significant contribution to Turkey's efforts to establish future economic infrastructure, including high-tech," Erdoğan said Wednesday.

The trade volume between the two countries amounted to some $19.29 billion in 2019, according to the Turkish Statistical Institute's (TurkStat) data. Turkey's exports stood at nearly $8.1 billion while its imports reached approximately $11.19 billion.

Choksy stressed that he has confidence in the U.S. companies operating in Turkey, highlighting that the calls from both governments to solve the political disputes strengthens this positive attitude.

"This situation provides support to the business world," he added. "Most of our companies see Turkey as the production and export center to the neighboring regions, namely the Caucasus, the Middle East, Africa and Central Europe. Thus, Turkey is an important market in terms of the U.S.' relations."

He pointed to the U.S.' issues with other countries such as the 5G network dispute with the U.K., the digital tax dispute with France and trade dispute with China, stressing that trade relations with these countries continue.

Number of US businesses in Turkey on rise

Choksy went on to say that the number of U.S. companies operating in Turkey is also rising, as those companies have been recording nearly a 10% increase each year.

"There is tremendous growth space to expand the relations," he noted.

Turkish and U.S. firms will come together at a conference in Washington in April.

The American Turkish Conference to be held on April 14-16 will be organized by the Foreign Economic Relations Board (DEİK), Turkey-U.S. Business Council (TAİK) and the American Trade Chamber. Choksy views the event as a very positive and promising step for further strengthening the relations between the two countries.

The event will address trade and investment potential in the field of energy, infrastructure and construction, digital economy, tourism and defense industry. A total of 110 giant companies from both sides are expected to attend the conference.

Bilateral meetings between the prominent names of the Turkish American business world will also be conducted during the conference. Ministries of both countries are also likely to participate in the event.