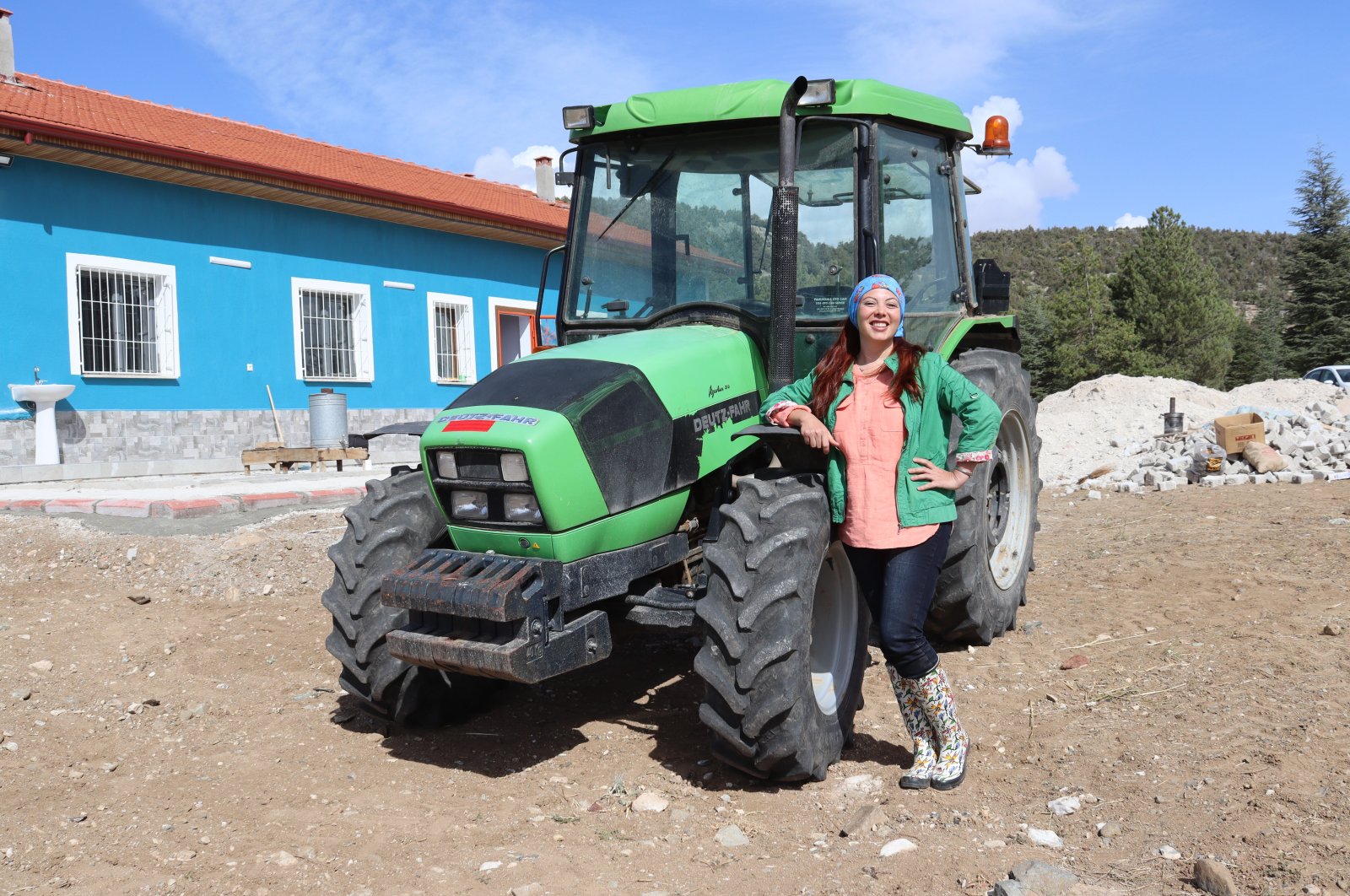 A 33-year-old Turkish woman, who returned from the U.S. to her hometown Burdur in southwestern Turkey, has become a success story by launching an anhydrous agriculture project.

Aynur Onur was working as a faculty member at Indiana University in the Midwest before her return to Kayalı village in Burdur.

After continuing her academic career in the U.S. for a while, Onur returned to her hometown for good two years ago, selling her house and car to realize the agricultural projects she had dreamed of, thinking "the inherited lands should not remain empty."

Onur started growing medicinal aromatic plants such as lavender, golden grass, medicinal chamomile, sage, thyme and rosemary in the fields left by her grandfather, who died in 2011, and bought a tractor and established a facility to extract the oils of these plants.

Along with her sibling, Onur focused on the production and involved women in the village in the anhydrous agriculture project.

Thus, Onur started to provide employment and to produce oil from those aromatic plants. Her new goal is to enter the cosmetics sector.

Onur told Anadolu Agency (AA) in an article published Saturday that she had been abroad in the pursuit of knowledge but realized that the real treasure of information was in her hometown.

She also expressed her happiness over the opening of doors to employment for the women in the village.

Stressing that her biggest goal is to create an anhydrous agricultural cooperative led by women, Onur said: "We want to raise a new generation of farmers with a cooperative, turning agriculture into a new trend."

"Medicinal aromatic plants produced by anhydrous agriculture can get a lot of yield, and income is much higher than traditional products," she added.

Pointing out that water resources are being depleted two times faster than the growth rate of the world's population, she said: "In this way, we will face desertification and probable food shortages and hunger. So we have to change our traditional farming methods immediately."

"Here, we will extract the oil of our products obtained without using fertilizers and pesticides in the factory and market them in wholesale and retail glass bottles at home and abroad," she said.