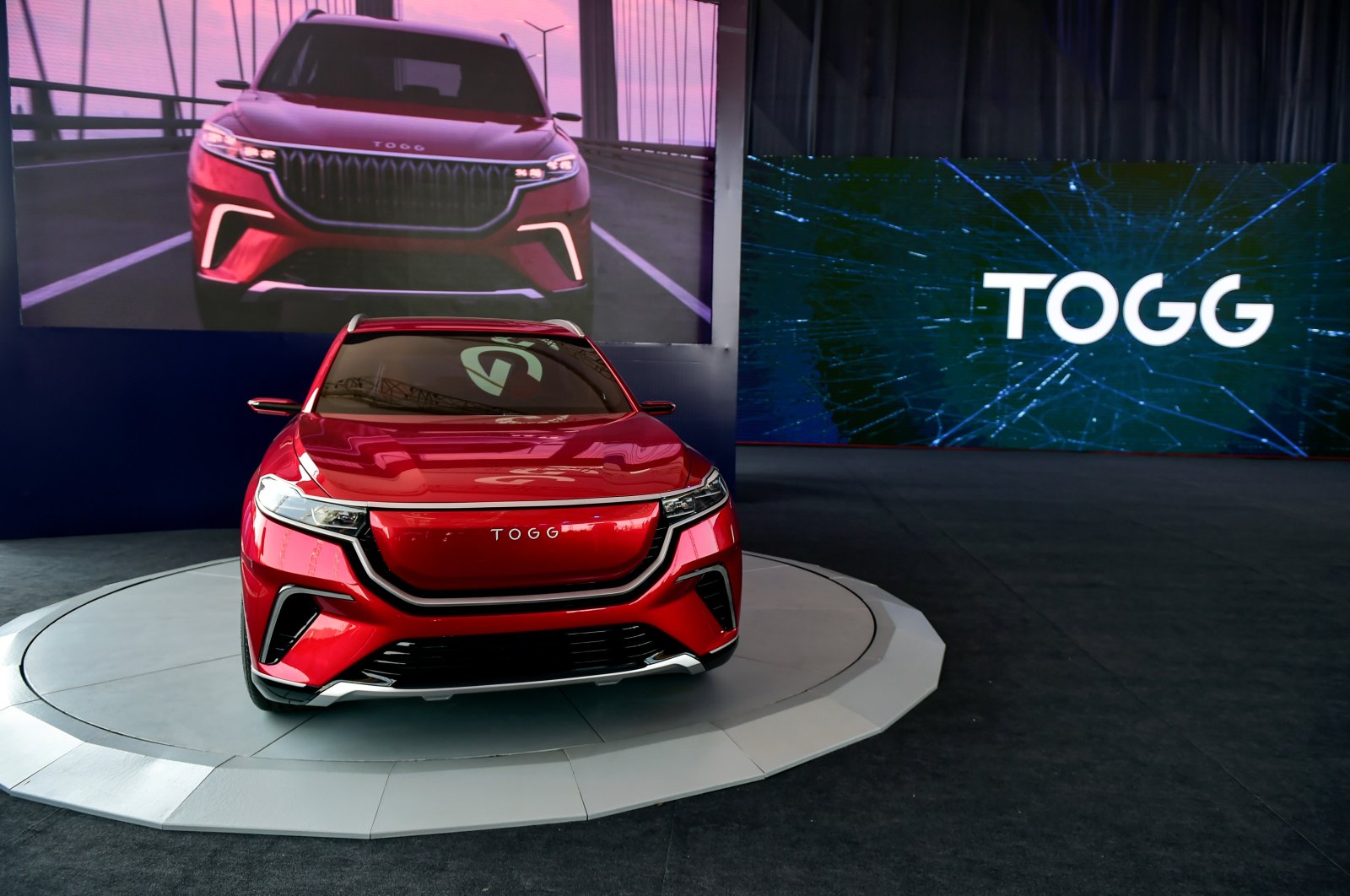 A prototype of an SUV model of Turkey's first domestic car is seen during a ceremony in the Gemlik district of northwestern Bursa province, July 18, 2020. (IHA Photo)
by DAILY SABAH
Nov 06, 2020 4:13 pm

The batteries that will power Turkey’s first domestically manufactured electric car will be repurposed for energy storage after they complete their lives, said the CEO of Automobile Joint Venture Group (TOGG), a consortium that is building the car.

“We plan for the batteries to be used for energy storage in their secondary life after eight years of use in the car,” Gürcan Karakaş told the Istanbul Tech Week 2020 virtual event Thursday.

“In addition, our battery partner is a world leader in battery recycling and we will have access to this technology and business model,” Karakaş said.

The CEO’s remarks came after TOGG last month signed an agreement to partner with electric vehicle battery maker Farasis for the use of the Chinese company’s battery cells in the range of TOGG products.

Under the deal, battery cells will be provided by Farasis, and the battery modules and packs will be jointly developed and produced in Turkey.

The letter of intent signed with the Chinese company also involved the development of energy storage solutions for Turkey and surrounding countries.

A Nickel, Manganese, Cobalt Oxide (NMC) cathode will be used in the car’s lithium-ion batteries, which optimize energy and power density.

Pouch type cells with high energy density will be used in the battery modules which will be enclosed with aluminum coverage to provide high structural strength, according to TOGG.

Maximum battery life, performance and safety will be ensured with highly efficient liquid cooling and an innovative battery management system, it added. The battery's modular structure can be used in many areas, especially energy storage, the firm added.

Karakaş also said the consortium examined more than nearly 200 startups and met with over 150 startups, among which they determined 50 to partner with in the first stage. “We have started our negotiations with a significant part of them,” he noted.

“The framework of our vision, first, we have embarked on a journey to be not only a car company but more than that and to define the framework and build that mobility ecosystem,” Karakaş noted. “We know we cannot do this alone. Therefore, our journey is developing within this framework.”

The TOGG CEO said just as they have designed the mechanical components of the car, they continue to determine their partners that they need for new business models that will be formed around the mobility ecosystem, adding that they attach great importance to working with Turkish startups.

Turkey unveiled the consortium’s first car model at the end of last year and aims to eventually produce up to 175,000 electric vehicles a year in a project expected to cost TL 22 billion ($2.5 billion) over 13 years.