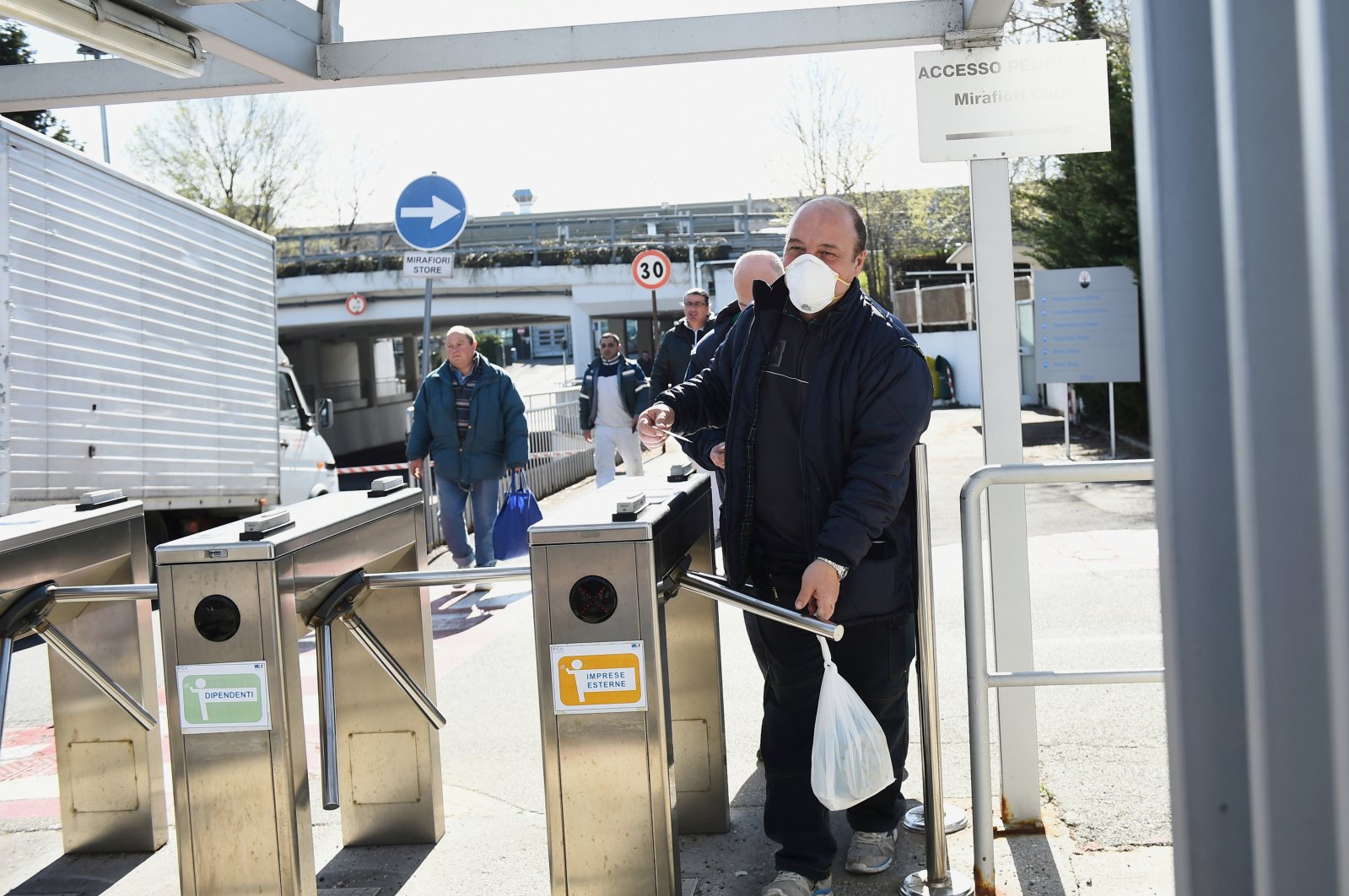 Carmakers including Fiat Chrysler, VW and its premium unit Audi reduced production at their European plants on Monday as fears over the coronavirus took their toll on producing goods.

Audi said it is struggling to keep production running at its plant in Brussels, Belgium, because some workers remained home over concerns they were exposing themselves to the virus.

The topic of how to protect employees was now the subject of discussions between management and unions, the carmaker said.

Fiat Chrysler Automobiles (FCA) is halting production for two weeks at most of its European plants to help protect staff against the coronavirus pandemic and adjust to a slump in demand, the Italian-American carmaker said Monday.

Italy has been the European country worst hit by the crisis and the first to enforce a nationwide lockdown, which has now been replicated by Spain and to a lesser extent France as the virus sweeps through the continent.

Last week, some Spanish plants of the Renault-Nissan alliance and Volkswagen's Spanish division Seat announced temporary stoppages that could last for days or weeks.

On Monday, Volkswagen's Autoeuropa car assembly plant near Lisbon said it had reduced its daily output by 16% because of a shortage of workers after Portugal ordered all schools closed amid the coronavirus outbreak.

VW also said on Sunday it was preparing to suspend operations at its manufacturing plant in Bratislava after Slovakia declared a state of emergency in response to the virus.

With all nonessential services closed, including car dealers, and people forced to stay at home except for strict working needs, many forecast a heavy fall in car sales in March.

FCA, which according to analyst estimates produces around 25% of its vehicles in Europe, said the suspensions through March 27 would allow it to respond to interrupted market demand by optimizing supply.

Marco Opipari, an analyst at Fidentiis, said a few weeks of closures were not a big problem in the oversupplied European auto industry, and lost production could be recovered later on.

"The real problem is on the demand side. People are not buying cars now, and sales volumes are expected to be very bad in March, with a real impact on automakers' earnings," he said.

FCA said in a statement that production at its FCA Italy and luxury Maserati units would stop for two weeks, extending a temporary closure period already planned for some Italian facilities.

Affected are FiatChrysler's plants in Melfi, Pomigliano, Cassino, Mirafiori, Grugliasco and Modena in Italy, Kragujevac in Serbia and Tychy in Poland. The FIOM union said FCA's decision was "necessary."

The carmaker said the freeze would help it resume activity promptly once market conditions allow it.

"The group is working with its supply base and business partners to be ready to enable our manufacturing operations to deliver previously planned total levels of production despite the suspension when market demand returns," it said.

Italy is still allowing manufacturers to operate provided they comply with strict safety measures. However, a growing number of companies are opting to suspend production.

Last week, luxury carmaker Ferrari said it was closing its two plants until March 27, citing an emerging shortage of parts.

Premium brakes maker Brembo, whose clients include Maserati, said it would temporarily close its four Italian plants this week.

Unions at the Czech car factories of Volkswagen's Skoda Auto and Hyundai Motor Co have called for a 14-day quarantine for employees, which would halt production for that time, Czech News Agency (CTK) reported Monday.