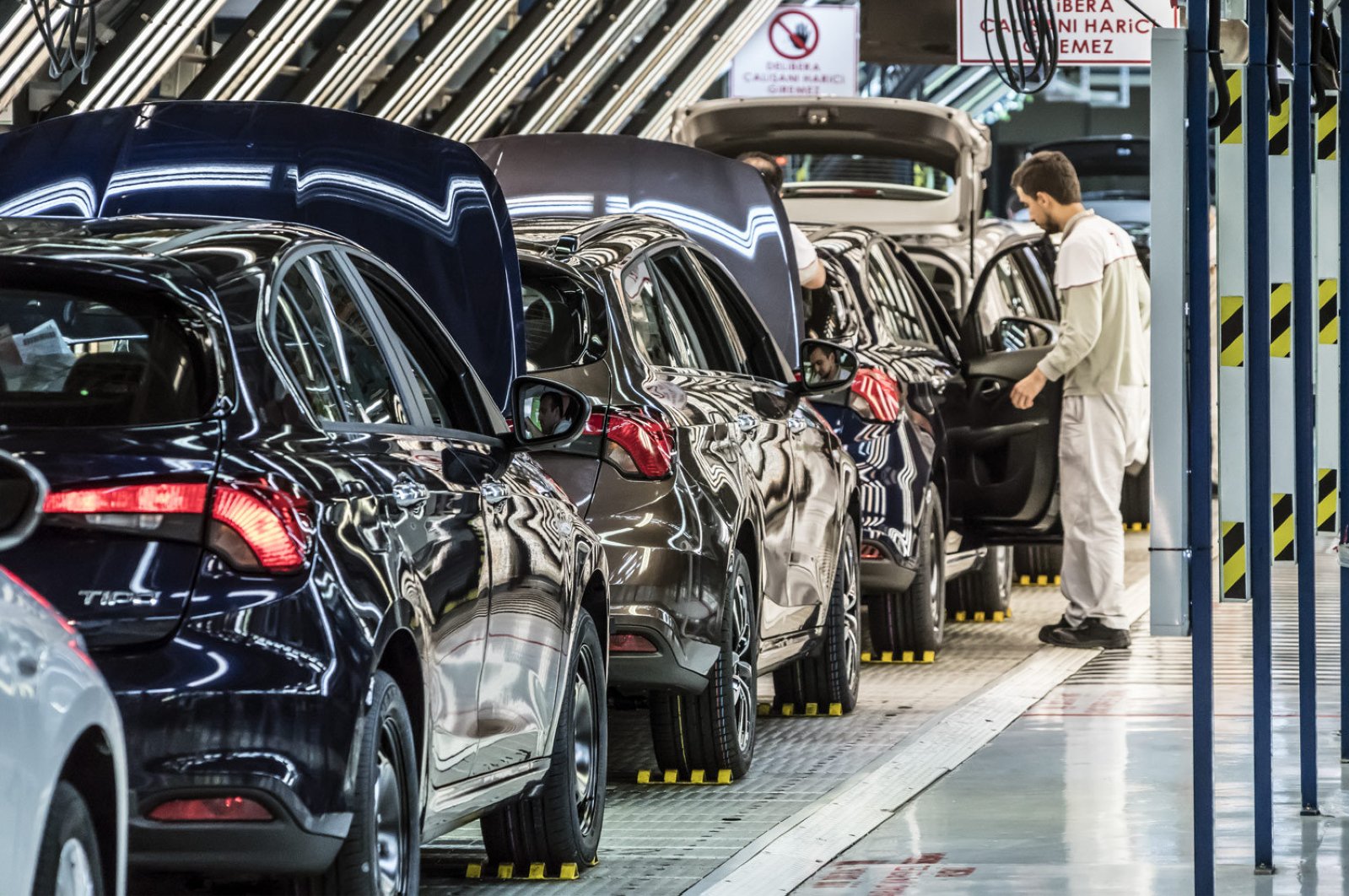 Having seen demand surpass supply at the beginning of the year, the automotive industry expects April to be the month with the biggest stagnation due to the coronavirus pandemic

Just as it had begun to see an upward trend since September last year, following a troubled period, the Turkish automotive industry is again being tested in a new challenging period: the coronavirus outbreak.

The sector has been one of the most severely hit by the pandemic globally and has essentially been shut down, forcing carmakers around the world, including in Turkey, to shutter their factories and temporarily suspend production.

“Sales will contract, but we will stay afloat,” said Murat Şahsuvaroğlu, the chairman of Turkey’s Authorized Automotive Dealers Association (OYDER).

“Some automotive brands across the country and beyond have decided to stop their production for two to three weeks, which, of course, has also affected other manufacturers supplying the main industry,” Şahsuvaroğlu said in a written statement Sunday. “It is estimated that the sales loss in China will be at least 3 million units. Plus, as a country that produces parts for the brands' production lines and supplies spare parts to the world, China has also created significant problems in general production. A three-week break means there will be a significant loss of production. Similarly, different methods will be put in place to dissolve the existing stocks since sales are also decreasing,” he noted.

Şahsuvaroğlu stated that at the beginning of 2020, there was a period in which demand surpassed supply, but due to the onset of the coronavirus measures, they expected April to be the month with the biggest stagnation.

Sales in the first three months were made in advance, he continued. “Deliveries of old sales, including March, are still ongoing. However, from the third week of March, sales have almost come to a halt, and services have also weakened significantly. The contraction in service entrances reached 50-60% in the third week of March. We will probably experience the biggest stagnation in April, while sales and connections will largely stop.”

“Even if we do not sell vehicles for a year, we will pay salaries each month, we will not fire anyone, and we will leave state support to those in need,” ALJ Holding Chairman of the Board and Toyota Turkey CEO Ali Haydar Bozkurt said.

Targets such as sales and profits have been completely put into the background at the moment, Bozkurt was cited as saying by Turkish daily Dünya on Sunday, adding that they are currently trying to maintain the most basic services under current conditions in order to ensure that consumers do not suffer.

Bozkurt stressed that the company would not apply for short working allowance support initiated by the Treasury and Finance Ministry in order not to prevent those who need it.

He indicated that in Turkey, there is a demand postponed for the last two years. “Considering that there is a postponed demand worldwide, it is not difficult to observe that there will be an explosion in sales and services as soon as this thing (outbreak) disappears,” he added.

Overall, passenger car and light commercial vehicle sales jumped by 89.6% year-on-year to around 74,395 vehicles in January and February of this year, the Automotive Distributors’ Association (ODD) data showed. The figure was up from 39,248 units sold in the same period in 2018.

Surging demand for passenger cars helped prop up sales growth as they jumped 98% year-on-year in the two months to 59,743. Light commercial vehicle sales recorded a 62% year-on-year increase to 14,652, up from 9,064 units a year earlier.

It was followed by a campaign initiated by public lenders in late September to spur domestic demand by offering cheaper loans to citizens when buying domestically-produced vehicles from select manufacturers.

Şahsuvaroğlu also referred to the TL 100 billion (around $15.4 billion) relief package recently announced by President Recep Tayyip Erdoğan to cushion the impact of the outbreak on citizens, businesses and institutions and the packages announced by the public lenders.

He said they included support that the business world is expecting at this stage. “However, considering the uncertainty of this process, it may be necessary to extend the supports or take new measures. The most important issues have been addressed. I find the support given to prevent workers from being dismissed quite important,” he noted.

He added that creating opportunities for businesses to pay staff costs is one of the most critical issues for business owners. “Again, measures to be taken for the problems to be faced in loans and six-month postponement of certain taxes can meet the expectations of the business world. Without these supports, many of my colleagues would come to the point of shutting down their companies two months later," he said.

He also stressed that the campaign initiated by the banks in the last quarter of last year accelerated the industry. “This support continues. This application, which directly contributes to sales, can also be called a kind of incentive. We asked for this support to continue in our meetings as the representative of our sector, and we also got approval from them. We do not expect any tax incentives at this stage,” he noted.

The OYDER’s annual sales projection at the beginning of 2020 was between 600,000 and 650,000 units, Şahsuvaroğlu recalled, noting that until a month ago, projections for as many as 700,000 units were shared.

“However, the uncertainty of the process we are going through prevents us from making a new guess at this stage. We may not be able to do any work for two to three months, but after the process is over, we can move to an intense job potential. It is not possible to make a prediction,” he concluded.