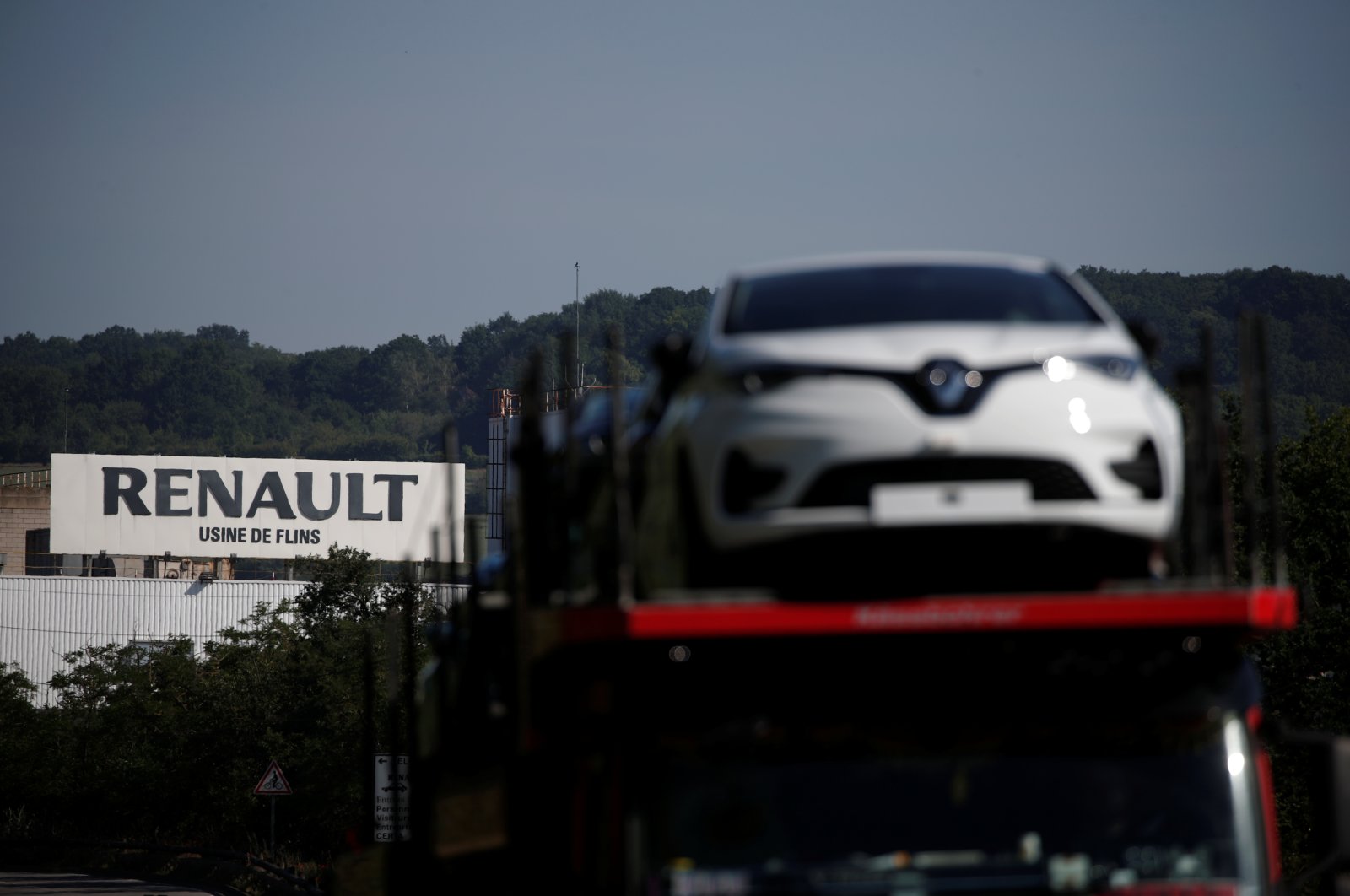 A car carrier transporting Renault ZOE cars leaves the Flins plant of French carmaker Renault in Aubergenville, west of Paris, following the outbreak of the coronavirus in France, May 26, 2020. (Reuters Photo)
by French Press Agency - AFP May 28, 2020 9:21 pm
RECOMMENDED

The plan, which is set to be announced publicly on Friday, was explained to unions by the company on Thursday evening, multiple sources with knowledge of the matter told Agence France-Presse (AFP).

The company hopes to bring about the job cuts without redundancies through voluntary departures, internal mobility measures and retraining, the sources added.

Its annual global production capacity will be reduced from a current figure of 4 million vehicles to around 3.3 million. Consultations with staff representatives in France will start from next month.

The car industry faces an existential crisis from the coronavirus pandemic, which has caused sales to plunge as governments have forced citizens to stay at home to slow the spread of the virus.

It also pushed the automaker to join a European initiative on batteries for electric cars. The French state holds a 15% stake in Renault.

France had on Tuesday announced an 8 billion-euro plan to support the auto industry that President Emmanuel Macron said he hoped would help make the country the European leader in the manufacture of electric cars.

Renault and its partners Nissan and Mitsubishi had unveiled Wednesday a plan to deepen their alliance, a top global producer of cars, that only months ago seemed on the verge of breakup.

Even before the current crisis, Renault had been rocked by the departure of emblematic CEO Carlos Ghosn, who was arrested in Japan in November 2018 over allegations of financial misconduct, including under-reporting salary and misuse of company assets at Renault partner Nissan.

Brazilian-born Ghosn, who also has French and Lebanese nationality, is now in Lebanon, where he fled in December after jumping bail in Japan.